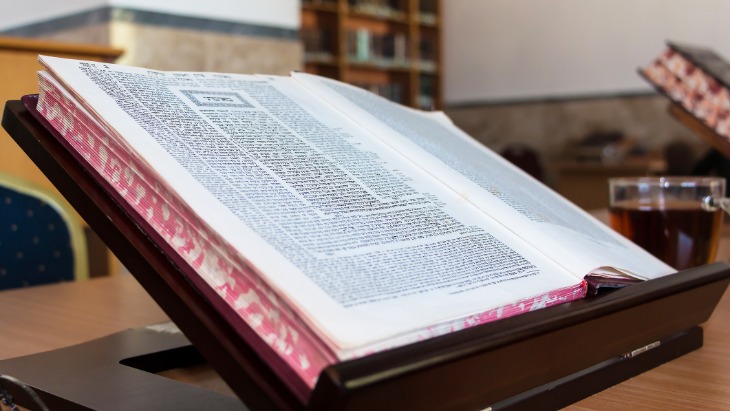 Enemies of the Jewish people try to get us to forget the Torah. Engaging in Torah learning ensures we remember it.

The "Al HaNisim" Hanukkah prayer describes how the enemy set out to make the Jewish people forget Torah. How does one make another person forget something?

One way is by outlawing it or by making it seem worthless, old-fashioned. Indeed, the Syrian-Greeks outlawed Torah study and preached a universal culture of science, sports, and idol worship -- a culture in which the Jewish religion was an outcast. The collective Jewish memory recalls similar instances throughout history where regimes attempted to sway the attitude of the people. Examples include the burning of 24 cartloads of handwritten texts of Talmud in France in 1242, and the public burning of Jewish books in Germany in the first part of the 20th century. Surrounded by a culture that deemphasizes the value of Torah scholarship, a Jew might be induced to forget.

There is another method to get someone to forget Torah. Simply making it harder to remember will cause people to forget. The Talmud refers to the Torah as something that flies. If one is not actively studying, reviewing, and engaged in Torah, Torah flies away and one is at risk of forgetting.

The Syrian-Greeks endeavored to cause the Jews to forget. The miracle of Hanukkah is that they did not succeed.

This week, the Jewish world will celebrate the Thirteenth Siyum Daf Yomi, the completion of learning the 2,711 pages of the Talmud, which is a monumental, international accomplishment. Daf Yomi is a system in which participants study one folio (two-sided page) of Talmud each day, completing the entire Talmud over the course of 7-1/2 years. The Talmud is the remarkable record of Judaism and includes the underlying principles of mitzvot and Jewish beliefs, as well as anecdotes and wisdom that apply for all generations. The threat of forgetting comes from disengagement. The success of Talmud study and Daf Yomi is in engagement.

When Rabbi Meir Shapiro introduced the concept of Daf Yomi in 1923 he advocated it as an endeavor of unity, saying: "A Jew travels by boat and takes a volume of the Talmud with him. He travels for 15 days to America, and each day he learns the daf. When he arrives in America he enters a Beis Medrash in New York and finds Jews learning the very same daf that he studied that day, and he joins them. Could there be greater unity than this?"

Rabbi Shapiro cited a story which the Talmud relates about Rabbi Akiva. Rabbi Akiva was once on a ship that sank. It was assumed that he and all the passengers had drowned. One day Rabbi Akiva walked into the study hall very much alive. People asked him how he survived. Rabbi Akiva responded, "I held tight to a daf - a plank of wood until I reached land." Rabbi Shapiro (utilizing a play on words on the word "daf" which also means a page of the Talmud) suggested that the same principle can apply with the "daf" of daily study of the Talmud. By staying connected to Torah, one can survive all kinds of threatening storms.

The Talmud is a unique work of scholarship whose style has never been duplicated. It requires engagement. The passive bystander will get little from it. When one enters its world with regularity, he becomes one with the Talmud, with the tradition, and with the eternal Jewish experience.

This year, on January 5, the Jewish world will begin the fourteenth cycle of Daf Yomi, the cycle that will include the 100th year anniversary of the program’s inception. Daf Yomi and Hanukkah have much in common; Hanukkah and Daf Yomi are about remembering in an age when people try to make us forget. Some try by force, some passively through myriads of distractions. Daf Yomi and Hanukkah are about engagement and remembering.

This cycle, an ever-increasing number of people will be participating in the learning. Whether you have a strong background in Torah study or little at all, whether you can commit a lot of time, or just a little, I encourage you to participate in the new cycle of Daf Yomi on some level. Together, we will be engaged in Torah. Together, we will remember.

New for this cycle is a program called "Take Ten for Talmud" by TEACH613™, which enables everyone to engage the daily Daf on their own level. An audio class of approximately ten minutes is posted for beginners and for those who want to review the highlights of the Daf, while the blogging feature invites participants on all levels to post insights, questions, and responses. I have the honor of serving as the moderator for the project, and invite you to sign up to participate at http://www.teach613.org/take-ten-for-talmud/.

On January 1 1-4PM EST, join over one hundred thousands Jews around the world as they conclude their epic journey of completing the Talmud. Special live broadcast hosted by Charlie Harary featuring inspiring speakers, live interviews, music and more.

Rabbi Mordechai Rhine is the Rav of Southeast Hebrew Congregation- Knesset Yehoshua in White Oak, MD. He also is the Director of TEACH613, an organization which promotes Torah and mitzvah education through classes and virtual media. Rabbi Rhine's "Take Ten for Talmud" ten minute audio program based on Daf Hayomi is available at http://www.teach613.org/take-ten-for-talmud/. His book, "The Magic of Shabbos," and the Perek Shirah Collection CD Series are available in Judaica stores, and through www.teach613.org. He can be contacted at rmrhine@teach613.org

The New Anti-Semitism
Should I Break Up, Get Engaged or Keep Dating?
Time Is Your Precious Commodity
A Constant World in Flux
Comments
MOST POPULAR IN Israel
Our privacy policy