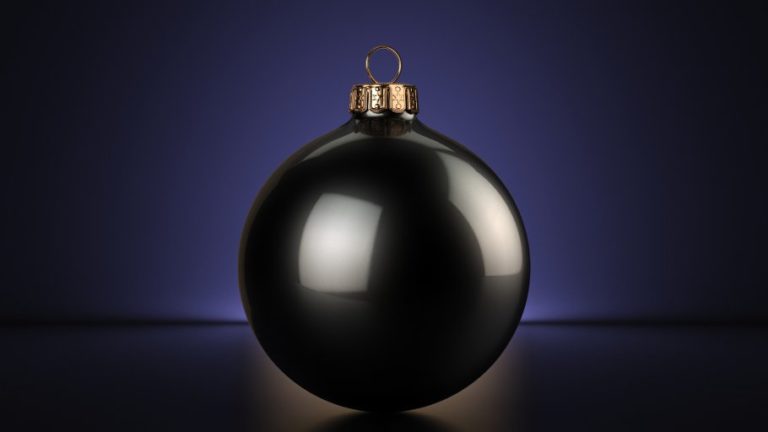 For generations, Jews have faced danger on this day.

For centuries, Christmas, along with Easter, was a time of terror and danger for many European Jews. Christians would sometimes turn on the Jews in their midst, blaming them for supposedly killing Jesus, and often attacking and even killing Jews with impunity. Throughout Jewish history, December 25 has seen some low points in Jewish life.

Many aspects of Christmas observance grew out of ancient celebrations of the Roman Saturnalia holiday, in which ordinary moral rules were suspended.  In the days of the Roman Empire, Jews were often taunted during this period.  One popular pastime was to force Jews to run naked through the streets of Rome for the amusement of others on December 25. These practices continued into modern times: in 1836 the Jewish community of Rome sent a letter to Pope Gregory XVI begging him to stop the abuse of the Jewish community on Christmas, in which rabbis were forced to don clownish outfits and run through the streets while spectators threw things at them.  Pope Gregory refused to intervene.

On Dec. 25, 1100, Baudouin de Boulogne, son of a French count, was crowned King of Jerusalem after a wave of bloody Crusaders rampaged through Europe. The Crusaders attacked and massacred Jewish communities in their path. When they reached the land of Israel, they crushed dissent and killed thousands of Jewish and Muslim residents in the area. 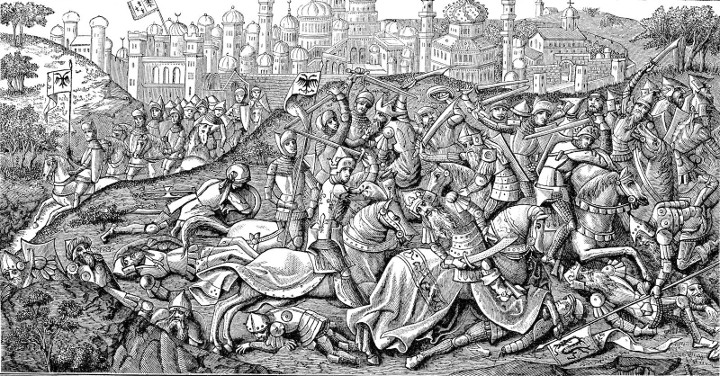 In 1312, anti-Jewish riots broke out in some Germanic lands on Dec. 25. In 1369, the King Frederick III of Sicily passed a decree on Christmas that all Jews in his kingdom had to wear a special red badge at all times. In 1881, Jews were blamed for a stampede in a crowded Warsaw church on Christmas Eve that killed dozens of people. In the ensuing violence, mobs rampaged through the streets, attacking and killing Jews for three days in a massive Christmastime pogrom. Two Jews were murdered, 24 were hospitalized, many Jewish women were raped, and over a thousand Jews lost their homes and businesses.

Even in modern times, the Christmas season has been linked to some anti-Jewish sentiment. The KKK was established on Dec. 24, 1865; through the years it killed and terrorized countless Jews, as well as African Americans. Following the lynching of the Jewish businessman Leo Frank in Georgia in 1915 (widely thought to be the work of the KKK), over half of Georgia’s 3,000 Jewish residents fled the state. 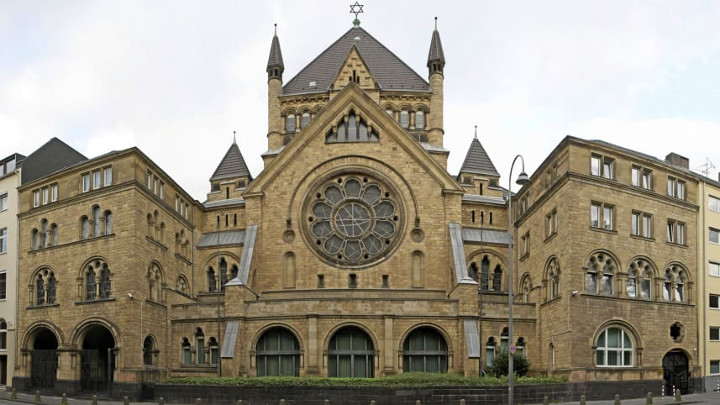 On Dec. 24, 1959, the Roonstrasse Synagogue in Cologne, West Germany was daubed with a swastika and the words “Juden raus” (Jews out). The attack sparked a wave of hate in West Germany; Jewish synagogues were desecrated and an elderly Jew received a death threat.

In the face of this hatred and danger, some Jewish communities responded by instituting rules minimizing their exposure during the Christmas season.

It was common for Jewish schools to close on Dec. 24 and 25 for the pupils’ safety. Many European Jewish communities prohibited their members from going outside on Christmas, lest they be attacked. Jews often stayed indoors with their windows and shutters closed.

Some other Jewish customs became indelibly associated with Dec. 24 and 25. Many Jews stayed up all night on Dec. 24, lest their homes be attacked or burned. In some communities, people adopted the custom of not learning Torah that night, lest passersby see a light on and decide to attack the home. Some Jews had a custom of reciting the Aleinu prayer out loud on Dec. 25 to ward off danger. A Yiddish proverb summed up the danger to many Jews during the Christmas season: Niti iz a beyzer layd, or “Christmas is a severe burden”.

These strictures and traditions have all but died out today now that Jews enjoy unprecedented safety and security, even during the Christmas season. We’re more likely to regard eating Chinese food as a Jewish activity on Dec. 25 than barring our doors and closing our shutters.

In memory of the countless Jews who came before us and feared this day, however, let’s not forget their customs and traditions entirely. This Dec. 25, let’s spare a thought for the many Jews whose lives were lost on this day.