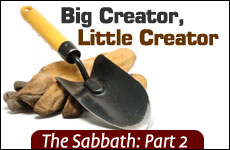 Laws of Shabbat for Beginners

Rest is far more than the absence of work.

The second in a three-part series

Previously, we observed that the Sabbath seems to commemorate not, specifically, God's creation of the Universe, but His "resting" from that creation. Why, we asked, is rest worthy of celebration? Why is "rest" a reason to make a day holy for ever and ever?

The question becomes even more insistent when we remember that God deemed the Sabbath to be special long before there was any nation around to celebrate it. According to the verses in Genesis chapter 2, God blessed and made the Sabbath holy immediately after creating the universe. He shared that day with us only centuries later, when the Torah was given, letting us in on His special secret. Thus, the Sabbath was not crafted by God for the benefit of people ― that only happened later. Rather, this island in time was designed by the Creator "for Himself," as it were.

Why would the Creator be so personally committed to His own day of rest?

Exactly What Was God Doing on That Seventh Day?

A clue comes from the Biblical text which first introduces us to the idea of the Sabbath. One of these verses seems to contradict itself...

Perhaps you spotted the difficulty: What, exactly, did the Almighty do on the Seventh Day? Did He rest or did He work? The answer seems to depend on which part of the verse you focus upon.

The first part of the verse tells us that "God finished on the Seventh Day the work that He had made." This seems to suggest that the Almighty did some work on the Seventh Day. He completed His efforts on that day.

But then the verse goes on to say that the Almighty "rested on the Seventh Day from all the work that He had made." This second phrase seems to tell us that God was not working on the Seventh Day. To the contrary, He "rested from all his work" on this day.

So which is it? Did God rest from all His work on the seventh day, or did He create something on this day?

As it turns out, we are not the first to come upon this question. Rashi, grandfather of the Biblical commentators, in fact addresses it. Rashi gives two possible answers to the problem.

One answer Rashi suggests is that perhaps God finished creating the world at the very instant that the Sixth Day ended and the Seventh Day began. In that way, He would have "finished" creating "on the Seventh Day" ― i.e. on the instant the day began ― but still have rested for the entirety of that day.

That's Rashi's first answer. But he gives a second answer as well, a solution that doesn't require us to split hairs in time between the Sixth and Seventh Day.

The thing that the Almighty created on the Seventh Day was "rest" itself.

Rashi's second answer suggests that the contradiction is just an illusion. Rashi argues that God indeed created something on the Seventh Day, and simultaneously, He was completely a rest on that day. It sounds like a contradiction – but, Rashi insists, it is not. Because the thing that the Almighty created on the Seventh Day, Rashi says, was "rest" itself. "Rest" was brought into existence on the Sabbath.

Now, this answer certainly seems ingenious: It allows us to see how God could both rest and create at the same time. But, the answer smacks a bit of wordplay. What does it mean that God “created” rest? Is "rest" something that needed to be created? Why isn’t it something that just happens?

Similarly, one might object: Why does God have to create rest? Rest is just the absence of work. If God wanted rest, all He would have to do is stop working. Right?

Rashi is suggesting to us that there is such thing as "rest that needs to be created." It is a kind of rest that is different from the rest we usually experience, the mere absence of labor. It is a rest which is

not just a negative phenomenon, but a positive one. It is not an absence, but a presence.

To get a better handle on this elusive notion of God’s rest, we might do well to ponder for a moment the nature of God’s “work.” If we can understand more clearly what God was up to those first six days, we may be better able to understand what it means to say that He “rested” from this activity on the seventh.

The technical term that Jewish law assigns to "labor" on the Sabbath is "melachah." The word is borrowed from Genesis chapter 2, which describes the “labor” that God was involved in when creating the world. The labor which we desist from on the Sabbath corresponds in some fundamental way to the labor God desisted from on the original Sabbath.

The truth is, “labor” is probably the wrong word to be using here. The English term labor conjures up images of sweat and hardship – images which obviously have little to do with Divine creation of the Universe (how hard is it for an All-Powerful God to create a world?).

Fittingly, the Hebrew language has more than one word for work. Melachah is a more specialized word, and is different than the other, more common word for work in Hebrew, avodah. The latter word, avodah, indicates a mundane, run-of-the-mill kind of labor. It suggests the kind of work that requires exertion and makes you tired. Melachah, on the other hand, calls to mind something else entirely.

Melachah is transforming into a higher state, through intelligent intervention.

The Torah classifies 39 basic acts as melachah. With the possible exception of one of these (carrying), the common denominator of all 39 ― from writing to baking, from dyeing to weaving, from plowing to building ― is the idea of transformation; of taking a certain substance present in the world, and transforming it into a higher, more developed state of being, through an intelligent agent’s conscious intervention. When I bake something, I take mere raw ingredients and make them into a cake. When I weave something, I take mere threads and create a cloak. I am developing the world around me, molding it to suit my will.

It was this kind of "work" that the Almighty engaged in for most of the six days of Creation.

Think about it. In the first moment of Genesis, God made "something from nothing." First there was Nothing; then, all of a sudden, there was Something.

From then on, though, He was pretty much doing something else. He was generally taking that which was, and molding it into something more complex and sophisticated. He was taking electrons and protons and molding them into hydrogen atoms. Or He was taking water, and causing species of marine life to arise from it (Bereishis 1:20). Or He was taking earth, and fashioning out of it the body of a human being (2:7). God was performing melachah ― the kind of thing you do when you want to create a world.

Understanding of the nature of melachah helps to explain the peculiar way we observe the Sabbath. Why can a Jew drag a heavy table across a room, breaking out in a sweat, but can't flick on a light switch?

When God created the world, His activity had very little in common with dragging a heavy table around the house. But it had everything to do with igniting the filament inside a light bulb.

Dragging a table just moves things around. It isn’t “transformative” in any way. Igniting the filament, though ― as routine as it seems ― is an act of melachah, one in which man purposefully transforms his surroundings to suit his needs. Every time man kindles fire, plows, weaves – no matter how easily and routinely he does it ― he masters the world around him and molds it to suit his liking in a way that animals could never do. In fact, one might even argue: The more routinely man engages in these actions, the more his mastery is evidenced. When man takes the raw material of the world around him and molds it – brings it into higher states of being in accordance with his will ― he imitates his Heavenly Creator ― the Being who brought the universe into existence through a series of such “melachah” type acts.

The Almighty refrained from melachah on the Seventh Day. And He deemed the "rest" which replaced that melachah to be the ultimate meaning of His creation.

The Rest of An All-Powerful Being

We had asked before: Why would all All-Powerful God need to rest after creating the world? Was he tired?

I think we are now in a position to answer that question, too.

If God's activity for six days had consisted of mere avodah ― meaning physical labor ― then yes, it would seem strange that the All-Powerful God "needed" to rest on the Seventh Day. But God was not performing avodah. He was performing melachah. His activity in those six days was not defined by exertion but by creativity. And creativity demands a different kind of rest entirely.

To understand "positive rest" in all its brilliance, we need to transcend to a world not of “becoming,” but of "being."

Creativity is a powerful word. Creation seems so self-sufficient. What else, indeed, does a creator need but to create? But creativity does need something else to be complete. It needs the Sabbath. For in reality, creativity is only a means to an end. Creativity is about bringing something into being. But that’s not a final goal. The final goal of creativity is “being” itself.

"Positive rest" is not something we are all that used to. It seems foreign to us. And perhaps, after all, that is only natural ― for we live, as it were, in a world of change, a world of "becoming." In our world, melachah – changing things, building them, making the world more sophisticated – that’s what it is all about. To understand "positive rest" in all its brilliance, we need to transcend that world, and try to perceive what life might be like in a world not of “becoming,” but of "being."

Judaism has a word for a world of "being." It’s called: The World to Come.

We'll explore the connections between the Sabbath and that mysterious World to Come in our final installment.

Order Rabbi Fohrman’s book The Beast that Crouches at the Door: Adam and Eve, Cain and Abel, and Beyond.

Does God Get Tired? The Sabbath: Part 15 min read 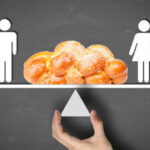