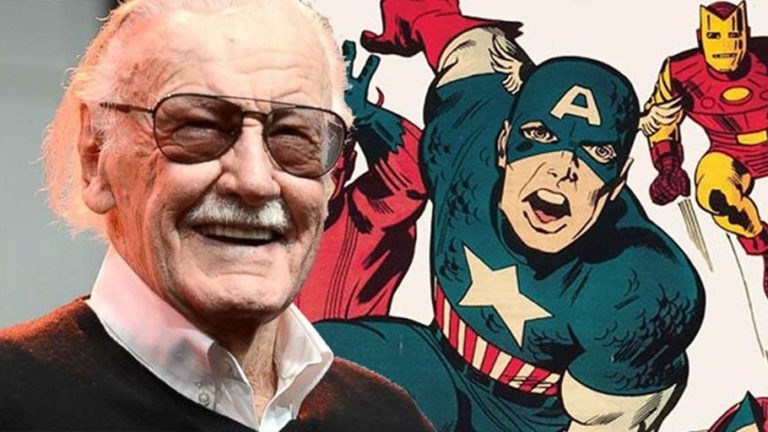 Flawed and complex, Lee’s superheroes looked a lot like us.

Lee’s career spanned decades in the comic book industry as it transformed from a smaller scale business that employed many first-generation Jews to today’s sprawling multi-billion dollar superhero industry dominated by global blockbuster movies featuring many of the heroes invented by Lee.

Stanley Lee was born Stanley Lieber in 1922 in New York. His parents were Jewish immigrants from Romania; he later described his mother as a “nice, rather old-fashioned Jewish lady”. Lee was a voracious reader as a child, reading Shakespeare by the time he was ten and devouring both serious and pulp literature. He initially wanted to be a serious writer but when he graduated high school he was hired by Martin Goodman, a relative who’d worked in the magazine industry and was starting to publish comic books at Timely Publications.

Lee worked with Jack Kirby, the young writer who had created the hit character Captain America. When Kirby and some of the magazine’s other writers left to join a rival, Lee became Timely’s chief editor at the age of 19. 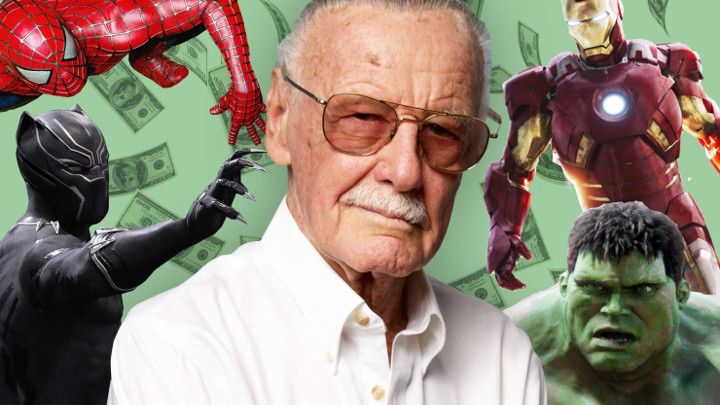 After serving in the military during World War II as a writer – working alongside famous figures such as William Saroyan, Frank Capra, and Theodore Geisel (better known as Dr. Seuss) – Lee returned to the comic business. He was amazingly prolific and worked under several pseudonyms in order to create the impression that Timely had many authors. “Lee” was one of these early pseudonyms and it stuck. Like many Jews trying to make it in the United States, Lee changed his name from the more Jewish sounding Lieber. And alas, like so many American Jews, Lee married a non-Jewish woman, Joan Bocock, with whom he adopted two daughters, one of whom died in infancy.

While his Jewishness seems to have had little space to play in his family life, many fans credit Lee’s Jewish roots with altering the course of comic book history. Previous comic book heroes were two-dimensional creations whose defining characteristics were their outlandish physical strength. Superman and Batman were the most popular superheroes of the time. Lee introduced a new type of comic book hero: tormented outsiders who harbor self-doubt and are often tormented by the very gifts that make them special.

Until Lee came along, comic book heroes “were all cardboard figures” Lee later explained. He sought to change all that, writing stories about flawed, introspective, complex heroes. Lee wanted “to make them real flesh-and-blood characters with personality,” he explained in a 1992 interview. 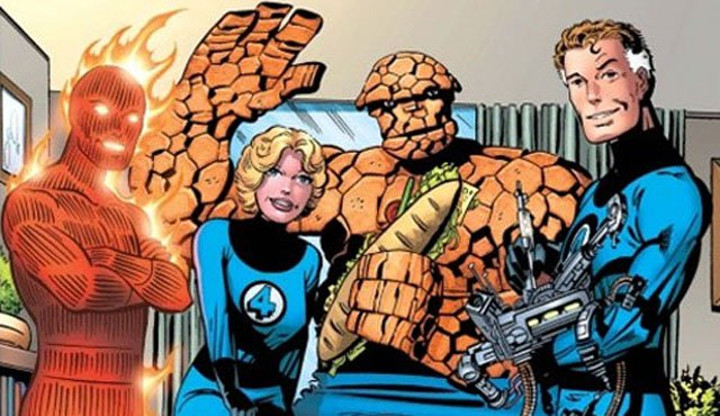 The first outsider comics Lee created were the Fantastic Four, which debuted in 1961. By then Timely Publications had become Marvel Comics and many of the writers they’d lost to rivals years before had returned, including Jack Kirby (another Jewish writer who’d changed his name from Jacob Kurtzberg). Lee and Kirby teamed up and created four new heroes. According to author Arie Kaplan, these new heroes “weren’t sunny or optimistic like rival compan(ies’) heroes. One member of the Fantastic Four, Ben Grimm (aka The Thing) felt like a freak because cosmic rays had transformed him into an orange, granite-skinned monster. With Ben Grimm, Lee and Kirby were using a superhero as a metaphor for Jews, African-Americans, and other minorities.” The characters also grappled with relatable problems -- they worried about romance and how to pay their bills, as well as fighting superhuman monsters. 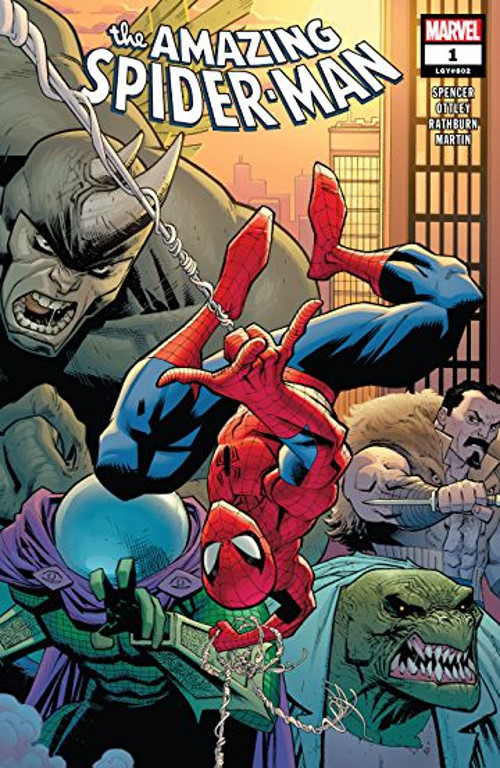 Spider Man was another Lee-created character who was full of self-doubt. First written in 1962, Spider Man was the grotesque alter ego of Peter Parker, a mild mannered high school student who’d been bitten by a radioactive spider and given superpowers. According to Avi Arad, the Israeli born founder of Marvel Studios who directed the movie Superman and worked with Lee, Spider Man is clearly Jewish. Peter Parker is a deep thinker, immersed in a loving family that seems Jewish (and is supposed to live in a real life Jewish neighborhood in New York). “His primary defense is wit,” explains Arad, even more than his superhero powers. 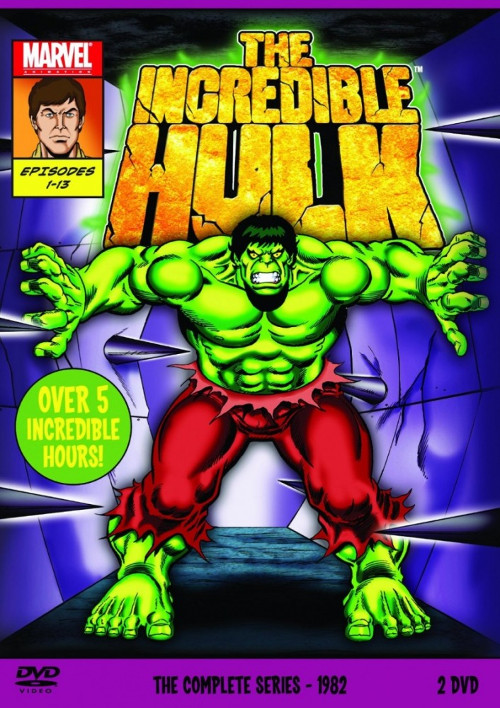 The Incredible Hulk was Bruce Banner, a former American military man who’d been turned into a monster and was now pursued by the very people who once employed him. Running for his life, the Hulk could never rest, wandering the earth just to survive. Some saw parallels with Jewish history. Lee himself saw Jewish roots in the story: the Golem monster that legend credits the great Jewish sage Rabbi Yehudah Loew with creating in order to protect the Jews of Medieval Prague from anti-Semites. (According to the legend, Rabbi Loew was unable to control his creation and had to put him to sleep.)

“When you think about it,” Lee once observed, “the Incredible Hulk is a Golem”. Perhaps the Hulk, like Jews, finally found safety and security in the Jewish State: a 1981 comic book sees him travelling to Israel aboard a freighter called The Star of David. 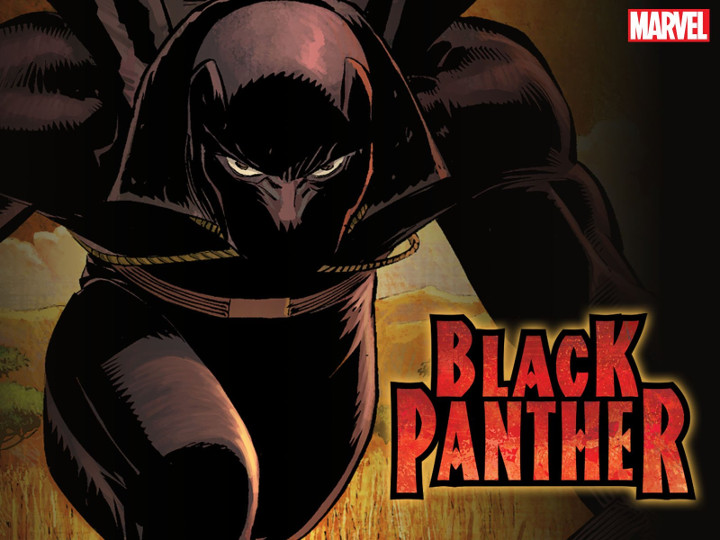 In 1963, Lee created the character Sgt. Fury. He later recalled: “I gave him his first platoon – and it was the first fully ethnic platoon in comics. He had a Jewish soldier named Izzy Cohen. He had a black soldier named Gabriel Jones. He had an Italian, an Englishman, an American Indian – everything I could think of! A full international platoon of all religions and people said, ‘Oh, you can’t do that, Stan, the book won’t sell down south, or up north, or here or there.’ And it was one of the bestselling books, which shows there’s something good about the public.”

Lee pioneered what he termed the Marvel method of creating stories: he would make up plots and describe them to writers, who then wrote and illustrated them as they chose. Some of these characters featured clearly Jewish references. For instance the psychiatrist named Dr. Samson who tried to cure the Hulk talked about his time in yeshiva, the militant Holocaust survivor Magneto whose experiences in a concentration camp filled him with fury until he becomes an arch-enemy in the X Men, or Kitty Pryde, the X Men character who wore a Star of David necklace. Starting in 1972, when he became the publisher of Marvel Comics, Lee used his column, Stan’s Soapbox, to call for inclusivity and to criticize racism and anti-Semitism. 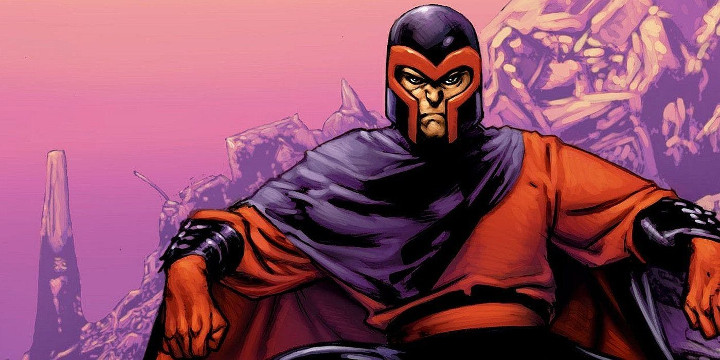 Some of his collaborators accused Lee of not adequately acknowledging their contributions. After his death in 1994, Jack Kirby’s estate sued Lee for not granting Kirby the royalties he deserved; the long-running case was only settled in 2014, and both Lee’s and Kirby’s names now appear on screen versions of the creations they wrote together.

In an interview two years before his death, Stan Lee explained that he consciously set out to subvert existing stereotypes of what a hero looked like. Creating Black Panther in 1966 (months before the Black Panther political party was formed), Lee explained that he wanted to create a Black hero. “A good many of our people here in America are not white. You’ve got to recognize that and you’ve got to include them in whatever you do.”

Speaking of his creation Spider Man, Lee said “One of the greatest things about Spider Man is that his body is totally covered by his costume...so a Black kid or a Latino or an Asian, it doesn’t matter what color your skin is, you could be Spider Man.”

The fact that reading and watching stories about Black or Jewish heroes seems commonplace to us today is due in large part to Lee who reimagined the very American concept of a superhero – and used his Jewish, outsider identity to create a completely new way to think about superheroes. Flawed and complex, Lee’s superheroes looked a lot like us.

The Secret Chord: The Complex, Heroic Act of Forgiveness
In the Shadow of David and Goliath
Where Do the Laws of Nature Come From?
Saadiah Gaon, Rashi and Maimonides: How Three Rabbis Revolutionized Judaism
Comments