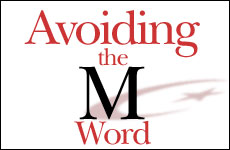 Denial is a luxury we cannot afford.

Is radical Islam connected to terrorism? A number of notable British voices spoke out on that subject after Britain's recent terrorist near-misses -- the two unexploded car bombs packed with gas cylinders and nails in London's West End and the fiery SUV rammed by would-be suicide bombers into the main terminal at Glasgow's international airport.

Consider what four of those voices had to say:

One declared that the word "Muslim" must not be used in connection with terrorism, and insisted that even the phrase "war on terror" should be scrapped.

The second likewise cautioned against pointing a finger at Islam, contending that in London, "Muslims are . . . less likely to support the use of violence to achieve political ends than non-Muslims."

The third, asked whether Muslim extremists might be responsible for the attempted atrocities in London and Glasgow, counseled: "Let's avoid presumptions. . . It can be the work of Muslims, Christians, Jews, or Buddhists."

By contrast, the fourth noted the resemblance of the latest terror attempts to "other recent British Islamic extremist plots," pinpointed "Islamic theology" as "the real engine of our violence," and described British jihadists as "mindless killers" who have "declared war upon the whole world."

The first three statements, disingenuous but models of political correctness, were made respectively by (1) Britain's new prime minister, Gordon Brown, (2) London Mayor Ken Livingstone, and (3) Daud Abdullah, deputy secretary general of the Muslim Council of Britain. Their comments came just days before the second anniversary of the deadly 7/7 London transit bombings, and less than a year since 24 British Muslims were arrested for plotting to blow up passenger jets over the Atlantic. Yet the three men spoke as if they had no inkling that Britain is a battleground in militant Islam's global jihad -- as if only a boor or a bigot could imagine that Muslims might somehow be linked to the car bombs in London and Glasgow.

And that fourth statement? Those were the blunt words of Hassan Butt, a onetime spokesman for the radical Islamist organization al-Muhajiroun, who has renounced his former life. In an essay published last week in the Daily Mail, Butt emphasized that jihadists are motivated not by opposition to British or US foreign policy but by a fundamentalist theology that seeks to subject the entire world to "Islamic justice." Radical Imams, he wrote, teach their followers that they must fight for Dar al-Islam (the House of Islam) against Dar al-Harb (the House of War -- i.e., infidels to be defeated). And "in Dar el-Harb, anything goes, including the treachery and cowardice of attacking civilians."

Winning the war the jihadists have declared begins with moral clarity.

By turning a blind eye to the radical theology of the jihadists, says Butt, mainstream Muslim institutions make it easy for the extremists to recruit new followers. His words apply with equal force to political leaders like Brown and Livingstone: "They refuse to broach the difficult and often complex truth that Islam can be interpreted as condoning violence against the unbeliever -- and instead repeat the mantra that Islam is peace, and hope that all of this debate will go away."

Wars cannot be won through denial and willful blindness. Yet in ways large and small, Western leaders and institutions deliberately avert their gaze from the reality of the Islamist threat. UN Secretary General Ban Ki-Moon blames global warming, not Sudan's jihadist regime, for the genocide being carried out in Darfur.

The obfuscation is sometimes almost comical. The New York Times, reporting the Glasgow attack on Page 1, carefully avoided using the M-word to identify Britain's Muslim terrorists. Instead it attributed the 7/7 bombings to Britain's "disenfranchised South Asian population" and reported that the terrorists in Glasgow "were South Asian." (As Joel Mowbray pointed out for the Powerline blog, Indian Hindus are the United Kingdom's largest South Asian demographic.)

Similarly, seven reporters contributed to AP's story on the arrested jihad-doctors ("Diverse group allegedly in British plot"), yet somehow missed the radical theology they presumably shared. The closest the story comes is a think-tank expert's speculation that the arrested doctors "discovered that they shared some common ideology, and then they decided to act." Comments Robert Spencer archly at JihadWatch: "Gee, what a coincidence! I wonder what ideology they all held in common."

Political correctness is no strategy for victory. Islamic fascists will not hate us less if we avoid all mention of the theology that inflames them. Winning the war the jihadists have declared -- the war of Dar al-Islam and Dar al-Harb -- begins with moral clarity. Denial is a luxury we cannot afford.

We Are All Danes Now