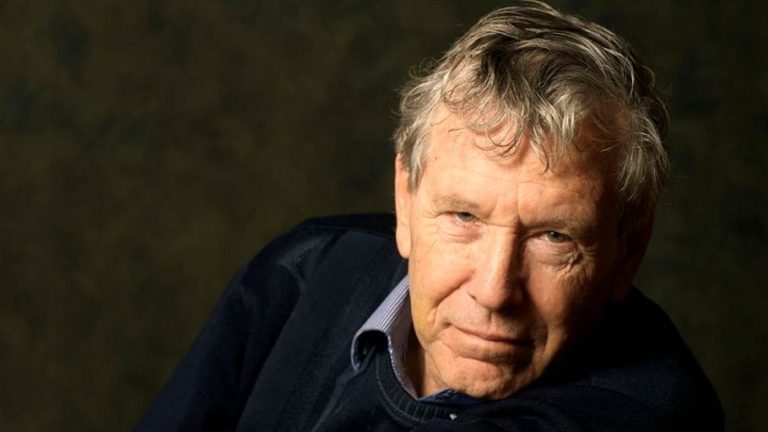 In a life that spanned the state of Israel, Oz wrote novels of humanity and beauty.

Amos Oz, Israel’s celebrated author, has died at the age of 79. He was an outspoken critic of Israeli politics who called himself a “traitor” for his often extreme opinions. But in a lifetime that spanned the modern state of Israel, Oz wrote 40 books about his beloved country, painting it in tones both tender and harsh.

Born in Jerusalem in 1939 as Amos Klausner, Oz later described his home as intensely intellectual, filled with books. He was an only child and his parents gave him every chance they could, even sleeping in the living room so young Amos could have the one bedroom to himself. Despite this, his childhood was unhappy. Oz’s mother had fled rising anti-Semitism in Ukraine, and her family was wiped out in the Holocaust. Oz’s father fled Jew hatred in Lithuania and his family was murdered. Oz’s mother suffered from depression and she killed herself when Amos was 12 – a life-shattering experience that he explored in many of his works.

In his literature and many interviews, Oz described the terror he felt as a child during Israel’s War of Independence, when the tiny, besieged Jewish country wasn’t sure it could survive. Both of Oz’s parents realized that building a Jewish state in the land of Israel was their only chance of survival. “I was a kid in Jerusalem in ‘48 when the city was besieged, shelled, starved, the water supply cut off. And I know the horror, and I know the despair, and I know the hopelessness, and I know the anger, and I know the frustration,” Oz recalled. Two of his earliest words were “British out!” 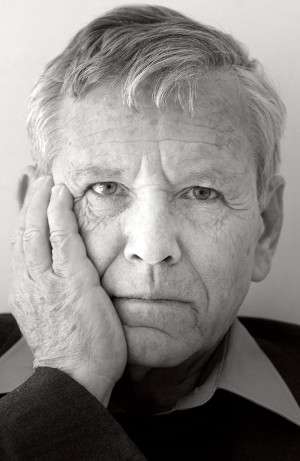 On November 29, 1947, the United Nations voted to establish the State of Israel. That night, Oz’s father Arieh Klausner climbed into bed with his young son and held him. He was usually a stoic, restrained man, beaten down by the realization of what had happened to his family. But this night was different. Holding his son, he whispered words that Oz never forgot: “From now on, from the moment we have our own state, you will never be bullied just because you are a Jew. Not that. Never again. From tonight that’s finished. Forever.” Oz recalled that night was the only time he ever saw his father cry.

Oz went on to reject his father and everything he thought that his family had stood for.

Oz went on to reject his father and everything he thought that his family had stood for. When he was 14, he ran away from Jerusalem, moving to a kibbutz and changing his name from Klausner to Oz, which means strength in Hebrew. Oz later wrote of his decision: “I killed my father” by rejecting everything, even his surname. “When I left home,” Oz later recalled, “I decided to become everything (he) was not, and not to be anything that he was.” For a teenaged Amos Oz, that meant becoming a “left-wing socialist...tractor driver.” He even tried to become tall, because his father was short. And he started to write, often exploring themes of kibbutz life in his work. His early novels were published by the Israeli Labor Party’s publishing house, including Where the Jackals Howl (1965) and My Michael (1968).

As he aged, Oz became ever more strident in his political views, yet his books remained tender and profound. I first learned about Israel through Oz’s works, and many of them affect me profoundly to this day.

Black Box (1987) was the first Oz novel I read; a worldwide bestseller, it established Oz as a major literary name outside of Israel. It’s an epistolary novel, telling its story through letters between Alec Gideon, an Israeli academic living abroad, his ex-wife Ilana, their son Boaz, Ilana’s second husband Michael, and Gideon’s old friend and lawyer Manfred. The title refers to the black box of recording devices contained on airplanes and analyzed after a crash to establish the cause of a disaster. Years after their divorce, Alec and Ilana are sifting through the wreckage of their marriage.

Containing a plethora of voices from different lifestyles and points of view, Black Box was revolutionary in the way it portrayed modern Israel. Michael is religiously observant and his quiet decency and will to do good shone through the book, providing me with my first real taste of what an Orthodox Jew might sound like. When Boaz, a disturbed teenager, tells Michael that he doesn’t follow any of the Torah’s commandments, Michael encourages him, explaining with love that he’s already following many mitzvot. Indeed, even being alive is a huge mitzvah in itself. Despite not being religiously observant himself, Oz created a world in which the greatest comfort and voice of reason came from an Orthodox Jewish character imbued with love.

Fima (1993) was one of my favorite of Oz’s novels – and contained a cogent assessment of Jewish-Catholic relations at the time. Oz wrote it during the controversy over establishing a convent on the site of Auschwitz. In 1984, the Archbishop of Krakow, Cardinal Franciszek Macharski, announced the building of a Carmelite convent on the grounds of Auschwitz: a 1985 fundraiser called on Catholics to donate “Your gift to the Pope – a convent in Auschwitz”. As Jews around the world objected to the convent, Cardinal Josef Glemp of Warsaw warned Jews “not to talk to us from the position of a superior nation”, words that were widely seen as anti-Semitic. Tensions were high, especially when the convent built a large cross on its grounds, at the site where over a million Jews were murdered.

Jews visiting Auschwitz ought to be confronted with the sight of crosses and convents, his character declared, so he can remember that he is but a guest in Europe.

Much of the Jewish world was outraged, but Oz’s character Fima was not. Jews visiting Auschwitz ought to be confronted with the sight of crosses and convents, his character declared, so he can remember that he is but a guest in Europe, and an unwanted one at that. Oz often had harsh words to say about Israeli politics, but he never forgot that it is the only place in the world Jews can truly call home.

Oz’s essential humanity enabled others to connect with his works, even when they disagreed vociferously over politics. Israeli Prime Minister Benjamin Netanyahu, whom Oz criticized bitterly, called Oz “one of the greatest ever authors.” Netanyahu explained that Oz “contributed immensely to the renewal of Hebrew literature, which he expressed with talent and feeling...Even though our views diverged, I deeply respected his contribution to the renewed Hebrew language and literature.” Israel’s Culture Minister Miri Regev, another one of Oz’s political targets, said his novels “resounded around the world and inspired all our hearts.” 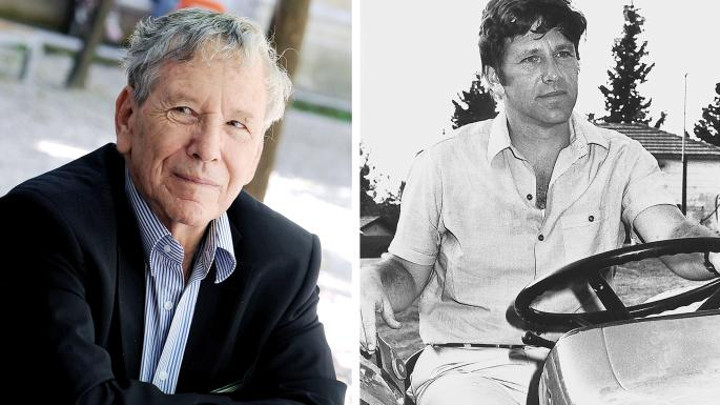 Many of Oz’s works gained acclaim around the world. His 2002 memoir A Tale of Love and Darkness was adapted as movie starring and directed by Natalie Portman in 2015. He won the Israel Prize in 1998, as well as the Prix Femina and Ordre des Arts et Lettres in France, the Frankfurt Peace Prize in Germany, and the Primo Levi Prize in Italy.

He is survived by Nili, his wife of 58 years, and by their daughters Fania and Gallia and their son Daniel.

Angels of Death Knocking at my Door
The Blue Beyond
Great Place to Live
Is Eating Supposed To Be Spiritual?
Comments
MOST POPULAR IN Israel
Our privacy policy