Who Was Josephus? The Controversial Backstory of the Famed Historian 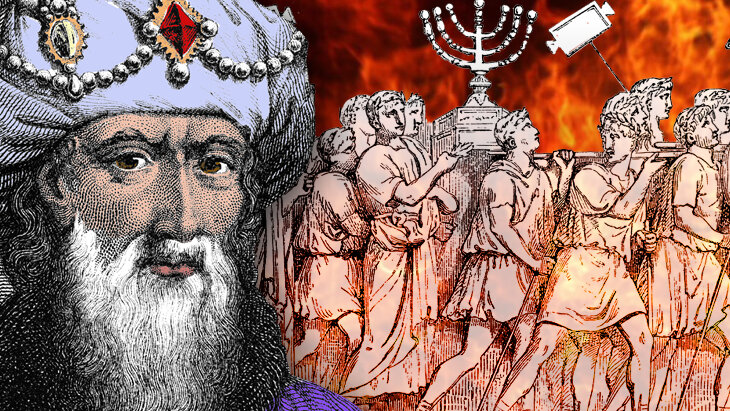 When Yosef ben Matityahu, a great warrior, defected to the Romans and became Josephus Flavius.

Scholars and students of ancient Israel are heavily indebted to a Jewish historian named Josephus. Born Yosef ben Matityahu to an aristocratic family of Kohanim around the year 37 CE, he lived through one of the most tumultuous centuries in Jewish history, culminating in the disastrous Roman-Jewish war of 66-74 CE and the destruction of the Temple in Jerusalem, events he recorded in his many books in great detail and gripping prose.

His backstory, however, is quite complicated, even troubling. 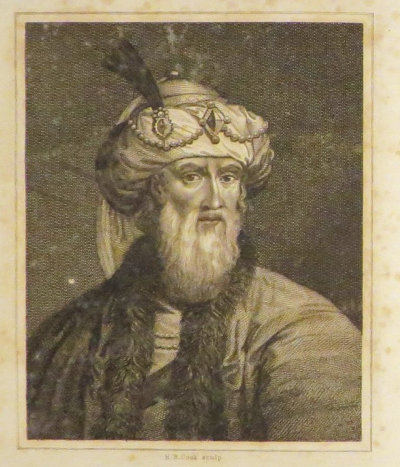 The pivotal moment in his life was Rosh Hodesh Tammuz 3827 (June 30, 67 CE). Yosef was serving as the commander of the Jewish rebels in the Galilean fortress of Jotapata (Yodfat), which was at the end of a brutal 47-day siege by Roman forces. Yosef ben Matityahu demonstrated both bravery and brilliance as a leader and frustrated the Roman General Vespasian to no end: when the Romans fired incessant volleys of arrows at the rebels, Josephus devised shelters made of ox hide to protect the Jewish workmen as they repaired a 20-foot wall around the hilltop. When Vespasian’s legionnaires cut off all access to water, Josephus ordered the Jotapatans to launder their clothes and hang them out to dry on the city walls, giving the Romans the false impression that their cisterns were full. Vespasian countered with his formidable siege engines, including a terrifyingly massive battering ram, but the Jewish soldiers continued to harass the Romans with bold nighttime sallies, even lightly wounding Vespasian himself with a well-placed arrow. 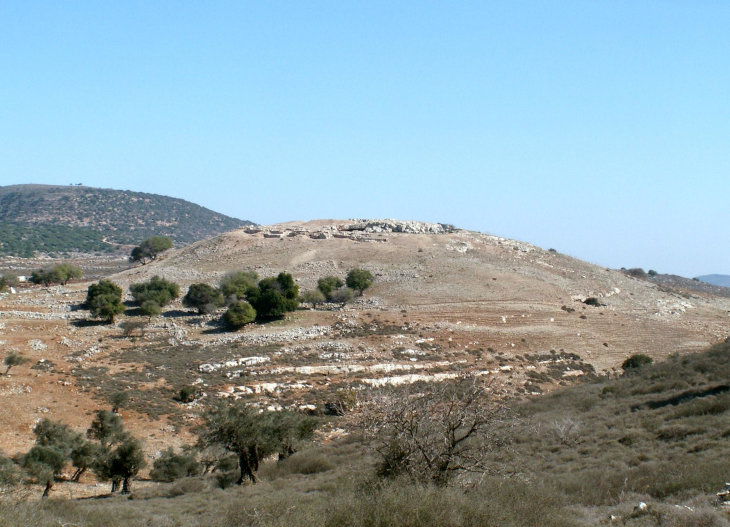 An experienced warrior, Yosef understood that even the indomitable spirit of the Jotapatans could not hold off the professional, well-equipped and battle-hardened Roman army forever. His appeals to the Galilean Jews to surrender were met with great hostility, and it was against his better judgment that he continued to resist the Romans, however brilliantly. When the legionnaires finally breached the wall, a great massacre ensued. Yosef and some 40 other soldiers sheltered themselves in an underground cave, which was soon discovered and its single point of egress surrounded by the enemy.

It was at this point that Yosef Ben Matityahu resolved to become Josephus, the Roman.

A talented writer, he was never short of words to justify his decision to defect to the enemy, including even a moment of Divine inspiration: “I do not go over to the Romans as a deserter of the Jews, but as a minister from Thee.”

He cleverly convinced his fellow soldiers that it would be more dignified to die at each other’s hand rather than be taken into slavery, and through a lottery they chose which of them would slay the others. Remarkably—at least in Josephus’ telling—he and one other were the last to live. Josephus convinced his fellow that perhaps discretion was the better part of valor, and they surrendered. 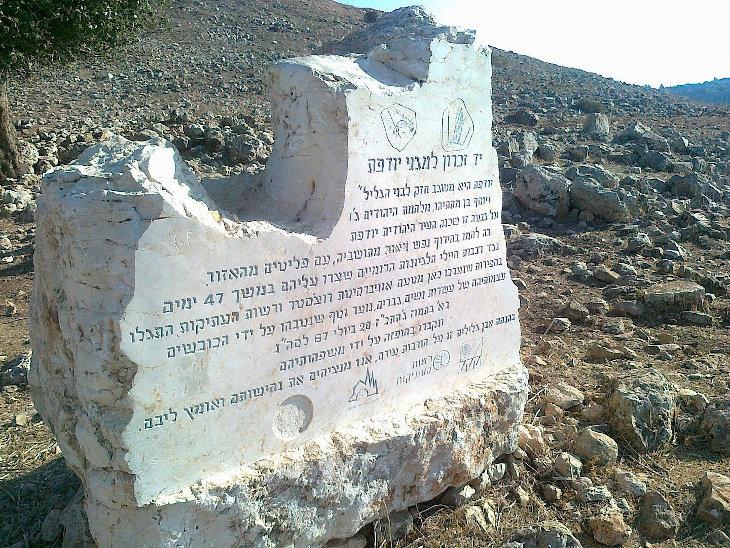 Memorial to the defenders of Jotapata (Wikimedia Commons)

Josephus’ career took off upon meeting Vespasian, whose trust he gained by correctly predicting the Roman’s promotion to Emperor (a story suspiciously similar to an incident involving Rabbi Yohanan Ben Zakkai—although the Talmudic account was not written down until some time later, Josephus was not squeamish about borrowing material without attribution). He accompanied Vespasian and his son Titus for the duration of the Roman-Jewish war, and described in excruciating detail the fall of Jerusalem and the destruction of the Temple in the year 70.

He followed Titus to Rome and took on the family name of the Emperor, styling himself Josephus Flavius as he wrote a popular account of the War, followed by a massive, multi-volume history of the Jews from Creation to the Roman occupation, the first of its kind.

A Man of Many Flaws

It’s easy to find Josephus unlikeable. His writing is often transparently narcissistic (he claims such brilliance in learning that at age 14 the elders of Jerusalem sought out his opinion on Jewish law, for example). Yet we should not rush to judge him, for his Romans were effectively his captors as well. Disconnected from his own people (and his home—he would never set foot on the soil of the Land of Israel ever again) and always an outsider in Roman society, his writings often carry a level of pathos that illustrated his fundamental attachment to the Jewish people.

Josephus was a man of many flaws, but he left a priceless literary legacy of writings on Jewish history.

At the end of his life, sometime around the year 100, he wrote an impassioned defense of Judaism from its detractors, and reflected deeply on the trajectory of his own life in a gripping autobiography. In the conclusion of that book, he reflects on the aftermath of the destruction of the Temple. Walking through the smoking ruins, he witnessed the suffering of his coreligionists. He begs Titus for permission to rescue a Torah scroll, to spare some of his family from the slave market, and to take down some of his friends who were slowly dying on crosses, crucifixion being a preferred Roman method of execution for rebels.

Josephus was a man of many flaws, but he left a priceless literary legacy of writings on Jewish history. Highly intelligent, he was fully cognizant of the mixed nature of his service to his people, and perhaps that awareness informed the somber conclusion of his autobiography: This is the account of the actions of my whole life. And let others judge of my character by them, as they please.

Yehuda HaLevi: A Glittering Jewel of the Golden Age

Meet the Rabbi Who Ended 1300 Years of Ritual Humiliation
Why My Iranian Mother Didn’t Want Me to Become a Religious Fanatic
The Jewish History of Prague
Why the Sexual Revolution was Bad for Women
Comments
MOST POPULAR IN History
Our privacy policy
Aish.com Is Looking for Great Writers