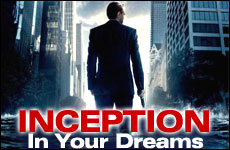 It turns out that my mundane reality of morning school runs and chai tea lattes on the way to the office may not be as real as I thought, at least according to a new hit movie.

Directed by Hollywood hotshot Christopher Nolan (of The Dark Knight fame), the movie Inception stars Leonardo DiCaprio, and turns out to be that rarest of things: a big screen blockbuster with brains.

This complex, visually innovative science fiction/ heist film explores the phenomenon of lucid dreaming. We’ve probably all experienced uncanny moments of self-awareness during REM sleep – knowing that we’re dreaming while we’re dreaming, and maybe even trying to control the narrative. Inception depicts what you might call “lucid dreaming on steroids.”

While we sleep, our souls leave our bodies and replenish their energy with the heavenly source.

DiCaprio plays Dom Cobb, a veteran “extractor” who enters the dreams of others to obtain otherwise inaccessible information. Not surprisingly, he’s handsomely rewarded for this ability, but this arduous avocation has also cost Cobb the trappings of a normal existence.

In exchange for a chance to get his old life back, Cobb must now perform an “inception”: instead of extracting dreams, Cobb is assigned to implant a valuable idea into a target’s mind while he sleeps.

The act of inception is far more difficult and dangerous than extraction, but also more lucrative.

(And just think of how useful such a gift would be in the real world. I could finally get my children to clean up after themselves, and maybe even reprogram the barista to get my order right.)

The movie Inception works on many levels, as a philosophical puzzle and as sheer glossy entertainment. As a rabbi, I couldn’t help thinking of the Kabbalist teaching that while we sleep, our souls leave our bodies and ascend to their heavenly source in order to replenish energy.

According to Kabbalistic thinking, when we sleep 1 out of 60 parts of our soul have now left the body, leaving only that 59/60 to sustain us physically. In this disembodied state, the soul encounters visions usually off limits to within our everyday world.

I also noticed that the movie Inception even has a character named Yusuf, a chemist who formulates the drugs needed to enter the dream world.

According to the biblical story, Joseph (or Yusuf) was blessed with the ability to interpret dreams, a rare skill that was highly valued by the Egyptian royal court. As such, his talents granted Joseph access to the highest echelons of society. He eventually became the second most powerful man in the empire, even though he was a foreigner who’d recently spent time in jail!

If the mystics and sages are right, our life is just a dream. In an instant, we can be transported to another dimension (no special effects or fictional narcotics required.)

Kabbalah considers our physical world an illusion, a temporary residence, and not true reality. So stop existing and start dreaming! 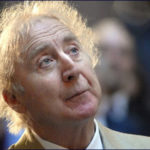 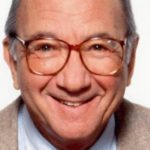 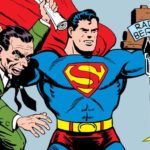 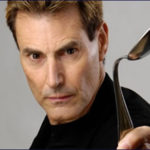