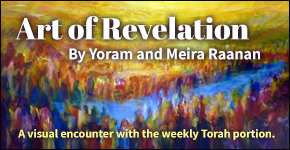 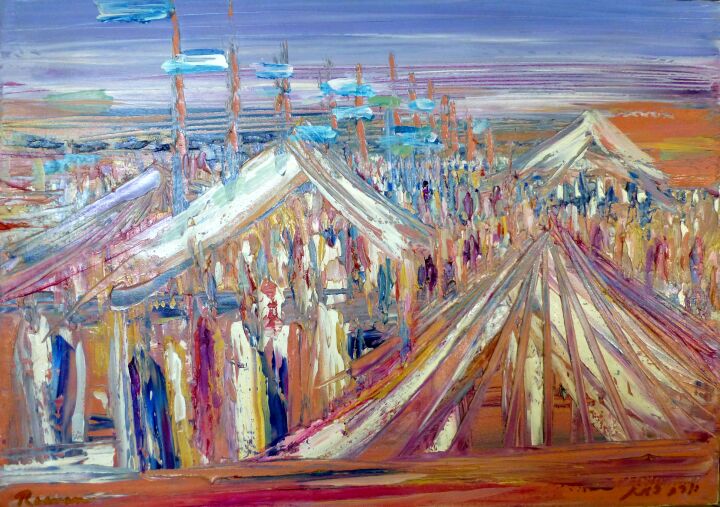 Parshat Bamidbar is always read just before Shavuot - the holiday which celebrates the giving of the Torah. The midrash tells us that when the Torah was revealed at Mount Sinai, the Children of Israel had a vision of the Throne of Glory surrounded by a host of angels arrayed under banners. The people were seized by a desire to be like those angels, arrayed under banners, and their request was granted.

In the order of encampments, the first one mentioned is Judah, the tribe of kingship, represented by a blue flag. In the painting, blue flags blow in the wind as the sun begins to set.

When the Torah was given, the people encamped as one beneath the mountain (Exodus 18:19). The painting suggests that unity, for the tents are open and transparent and seem to flow into one another, while shades of pink and blue enhance the sense of harmony in the encampment.