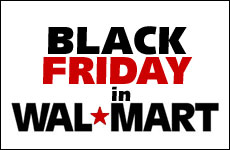 They came to shop and ended up killing.

The crowds outside the Nassau county Walmart started forming early this year. By 9 pm on Thanksgiving Day people began a night long vigil, waiting for opening at 5 am. There were excellent Black Friday deals to be had – a plasma HDTV for $800, a vacuum cleaner for $28, a 10.2 megapixel camera for $69 – and everyone wanted a piece of pie.

As the hours ticked by, the crowd grew rowdy and impatient, and by 3:30 am the Nassau County police were called in. An officer on a bullhorn pleaded for order. His pleas went unheeded.

As opening time approached, the tension heightened. By 4:55, the crowd of more than 2,000 lost all control. Fists and shoulders battered the sliding glass double doors. Workers inside tried to support the doors and hold back the crowds, but they were no match for the rabble. The doors got shattered, and the hysterical mob surged into the store, trampling Jdimytai Damour to death.

Jdimytai Damour, a 34 year-old Queens, NY resident, was employed as a temporary worker at Wal-Mart. Earlier that evening, he had a thanksgiving dinner at his half-sister's house before heading to work. He spent the night stocking shelves and performing maintenance work. He was standing by the entrance just before opening time, ready to open the doors and serve the customers. But they killed him before he could do so.

The murder didn't faze the crowds. Other employees tried to rush to Mr. Damour's rescue, but they were also battered.

"When they were saying they had to leave, that an employee got killed, people were yelling, ‘I've been on line since yesterday morning,'" Kimberly Cribbs told the Associated Press. "They kept shopping."

The police and Wal-Mart security officials finally managed to clear the store. Damour was taken to the Franklin Hospital Medical Center in Valley Stream where he was officially pronounced dead. Other employees, including a 28-year-old expectant woman, were treated at the hospital for minor injuries. And at 1 pm the store reopened to a steady steam of shoppers. There were deals to be had.

The Power of Focus

No doubt, the shoppers at Wal-Mart that morning hadn't planned on murdering anybody. When they pulled themselves out of their cozy cocoon of blankets, and braved the cold at an unearthly hour, the thought uppermost in their minds was, "I gotta get my hands on that DVD player," not, "Maybe I'll trample someone to death today." But that's exactly what they did.

The shoppers were united in one aspect -- each had a single-minded focus on getting the items he wanted. As the hours passed by and the chill deepened that desire grew until it crowded out other thoughts and feelings. By the time the shoppers stampeded into the store, they were willing to get their deals at any cost. That cost ending up being human life.

When we are focused on only one thing, we can usually obtain it. So what is our primary focus in life?

Focus is a powerful tool. When we are focused on only one thing, we can usually obtain it. The question that will shape the type of life we lead and the people we become is: What is our primary focus in life?

Rebbetzin Tziporah Heller once told a story of a man in Beit Shemesh who owned a pharmacy. One day, an unfortunate looking woman came into his pharmacy holding a piece of paper. He noticed her confused look and asked if he could help her.

"I thought this was the address of the chicken distribution, but you don't distribute chickens," she said.

"You're right, we moved," he replied without a moment's hesitation. "From now on, go to this address." He then gave her his home address. "In the meantime, let me just get you some chickens from the freezer." And with that, he left his store unattended, raced to the supermarket across the street, and bought two frozen chickens. He handed them to the woman and reminded her to come to the new address next week. He now distributes 50 chickens a week to needy individuals.

There are many responses this man could have had when the woman asked if he was the chicken distribution point. The most obvious is, "Sorry, you have the wrong address." The next level would be to look at her paper, make a phone call or two, and help her find the right address.

This man said, "Let me be the right address."

Such a response, coming so instantaneously, can only come from a person who has a single-minded focus. This man's focus was on doing all he could to make the world a better place. When a person spends his life concentrating not on what he wants, but on what God wants, the result is beautiful to behold.

The shoppers at Wal-Mart were so focused on their bargains that they trampled someone to death. When we focus as intently on eternal goals, we trample ego and laziness, destroy excuses and perceived limitations. And then we can soar.

Think: Are You a Victim of the Abilene Paradox?