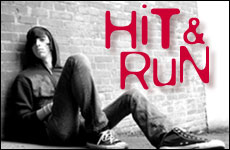 For decades, generations, centuries... okay, probably forever, we have been confused by the teenagers of the world. They are trying, frustrating, baffling, battling, provoking, confounding, bewildering, vexing -- well, you get the idea. They're a handful.

No one -- not Noah, not Freud, not Dr. Ruth or Dr. Phil – has ever, or will ever really figure them out. Accept it. It just won't happen.

But after surviving eight teens of my own, I am offering just one piece of advice on how to deal with them, and it can be summed up in just two words: Don't argue.

People are fond of saying that adolescence, for most of us, is the most difficult stage that we go through in life. I don't agree. That is because adolescence is not really a stage -- it is merely a link. It is a link between childhood and adulthood. Adolescence has no harbor; you cannot dock there. It has no address; you cannot reside there. It has no real atmosphere; you can hardly even breathe there.

It is our job to help navigate their journey to the adult port as safely and as soon as possible.

It is a strange waiting room where folks just kind of congregate until they are told which room to report to. Some people are called right in soon after their arrival; others must wait for seemingly endless amounts of time, while still others never really get to leave.

There are those who use that time very productively -- reading, studying, thinking (rare, but possible), but many who simply count the cracks in the ceiling, trample through the same issue of People magazine six times, or complain to anyone who will pretend to listen.

And so it is with the teenage years. And it is our job, as parents of these lost transients, to help navigate their journey to the adult port as safely and as soon as possible.

The trip they make from childhood to adulthood is usually a scary one. After all, who would willingly trade in a life of amusement, attention, and bedtime stories for one fraught with responsibility, heel spurs, and monthly car payments? True, they do know, on some level, that they cannot remain children forever. But like all inevitable unpleasant experiences, they would just rather delay it as long as possible.

So, what does a healthy, normal, terrified 13 year old or 17 year old do to stave off this unavoidable date with destiny called adulthood? He argues with his parents.

Mom: "Stevie, do me a favor and take out the trash."

Stevie: (stares at his computer screen without looking up)

Mom: "Stevie, did you hear me? I asked you to take out the garbage?"

Mom: "Well, if you don't answer me, how should I know if you heard me? And besides I wasn't yelling."

Stevie: "Yes you were. You always yell."

Mom: "I do not always yell! You're the one who raises his voice all the time."

Stevie: Oh yea? Like when? Give me a few examples of when I raise my voice (he says, raising his voice)."

Stevie: "Of course you can't. You're always blaming me for things that you are guilty of yourself."

And so it goes. Stevie is not simply trying to get out of taking out the trash. He's an expert at that, as are most teens when asked to do things they don't want to do. He could have accomplished that by just using one word.

Mom: "Stevie, do me a favor and take out the trash."

Here, he is not only avoiding the task at hand, he is using the interaction as a superb opportunity to argue with Mom. And by fighting with Mom, he solidifies his entrenchment in the sanctuary of childhood. Adults don't fight with their parents; kids do. And Mom, innocently enough, fell right into it.

Instead, Mom should have employed the most powerful technique available to her: Hit and Run.

When Mom finishes reading this article, that same scene should look like this:

Stevie: (stares at his monitor)

Mom: "I am asking you to take out the garbage. That is your job."

(Mom exits Stevie's room... and does not return)

But what happens when, (not if,) Stevie ignores Mom's request and even later does not take out the garbage. What does Mom (or Dad) do then?

The answer is nothing. Whether or not Stevie actually takes out the trash is not essential to his development. It would be nice, perhaps even instructive, but it is not essential. Of course, you may choose to render some consequence to Stevie for neglecting your directive -- such as removal of a privilege or a reduction in his allowance. Just make sure it is something that you are in complete control of, unlike attempting to make him go to sleep earlier, which is totally out of your control.

You cannot force your teen-aged kids to listen to you if they don't really want to.

Remember, you, as a parent, have done your job of teaching him what his job is. And regardless of the response or lack of one on Stevie's part, he has learned something important -- that parents should instruct their children to participate in a family's daily chores. You cannot force your teen-aged kids to listen to you if they don't really want to. (How do get them to want to listen is a topic for a different article.)

Hit and Run means that whenever there is opposition (read ‘always'), you must do everything in your power to disengage. As soon as you respond, chances are an argument is swiftly approaching. Beware! Teens are masters at turning simple, little exchanges into nuclear battlefields. They specialize in finding ways to push your buttons so that you cannot resist retaliation. Why? Not because they really enjoy the fight, but only because of survival. They fear they will not survive as adults, so they try to remain as children. That's what the battle is all about.

Dad: Sorry, Jen, last time you didn't bring it back on time and I told you there would be repercussions.

Jen: What?! The girls are counting on me! I promised already!

Jen: But Dad, you were asleep when I brought the car home last time. You didn't need it anyway. And there was loads of traffic and Hilly had to pick up some stuff on the way and...............

[No response because Dad has already left the room]

Hit and Run might seem abrupt, impolite, and even unfair. It may actually be all of those things. But if it is, it is the lesser of two evils. And it will help shove them into adulthood -- the place they need to get to.

At least try it tonight. 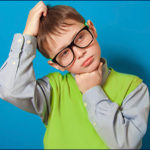 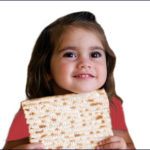 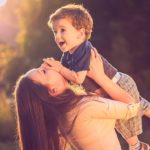 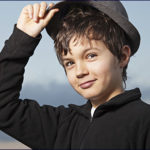 Not Gifted: Get Over It6 min read 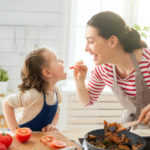 Changing My Expectations as a Mother during COVID-193 min read