I Hit a Deer 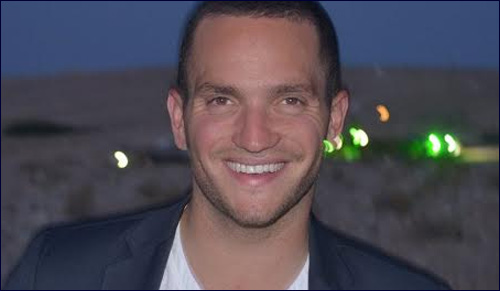 How one insane night yanked me out of the rut I was in.

I hit a deer. Last week I was driving to my house in Utica, NY (yes, that's different from Ithaca) in the middle of the night and I nailed a deer. I was flying down backroads and this giant brown monster leapt out of the bushes and I caught him in a 65 mph midair collision.

He soared through the dark, jumped up and sprinted back to the woods. My dad’s Venza took it like a champ. The damage was more like the fender bender spectrum and less the totaled condition, and I was completely fine besides the minute of mourning I did for my four-legged friend who I figured was on his way to the Next World. 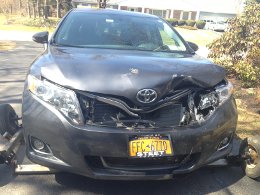 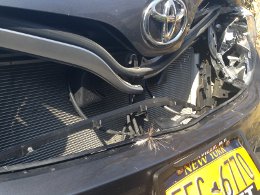 I called my dad reluctantly at 3 AM, starting the conversation with, "No one is hurt!" He told me to take it slow. And that's what I did….

This one I saw from half a mile away and I said to myself, I'm not gonna hit this one. He was crossing the road and was safely on the other side while I was approaching at a safer but fluent speed, until his final seconds when he decided he would like to get in on the suicide party and positioned himself right in front of my car, leaving me zero time for my brain to process anything but "Noooooooo!! Not aga–“ BAM! Two deer dead.

This time everything just caved in, shattering the headlights and giving the inside of the car some new access to the outside world.

At this point I'm certain he thought I had experienced with shrooms and was actually rolling around in the front yard. "Wow… they must be really out tonight,” he said. “Just drive 30 mph the rest of the way home."

I drove slow. I refused to slay any more deer that late Saturday night.

He was calm. Insurance would cover it. I drove slow. I refused to slay any more deer that late Saturday night.

When the tow truck came at 10AM after I had slept for a solid three hours I started to wonder what God was trying to tell me. As a believer in a Creator of the universe, I believe that everything happens for a specific reason and nothing is random. One deer would only make the most thoughtful, spiritual among us ask questions about the bigger picture, but two?! Two murders in one drive begs for some explanation. The only conclusion I could draw was that there was an over population of mammals in Oneida county and I was simply a hit man who was unaware he'd been contracted. And then, as I lay down to take a nap that afternoon, I interpreted the message to mean something else: WAKE UP

After spending two years in Israel reconnecting with my heritage and getting some clarity about life, I came back home and slowly entered a rut.

It was a message I needed to hear. After spending two years in Israel learning Torah and reconnecting with my heritage, really working on myself and getting some clarity about life, I came back home and slowly entered a rut. I’ve been going through the motions, developing a routine that consisted of a lot of sleep, a lot of stress, a lot of headaches, a lot of meds and a lot of lying to myself. Instead of growing spiritually, I was becoming aimless, losing that spark that ignited a journey only a few years earlier.

During this time I was asked to give speeches to different groups of young Jewish students and wealthy potential donors about my life and how and why I chose to change everything and become an observant Jew. There was a time that I was living true to every single word I said. I was happy to inspire students to live a life full of meaning that emphasizes real knowledge about what we're doing as people and Jews and truly choosing it instead of just, in the name of tradition, doing what our parents did. But recently I realized, looking at the eager faces searching for purpose, I was a hypocrite.

I had stopped living purposefully. On the surface I was doing most of the things I believed in, like being patient, keeping Shabbos, keeping kosher, being kind to people, but it felt rote. I wasn’t connected to its purpose and meaning. I discovered that I had become everything I ran away from; my life became a monotone routine: wake up, coffee, work, gym, sleep, wake up, coffee.... I didn't like it.

I have earned, maybe even just by being born, to live an awesome, purposeful life.

I think one of the leading causes of sadness and depression may be that we don't think we deserve greatness. When we taste it we get nervous and think this must be for someone else. That is a grave mistake. I am not just using the word "grave" as an expression but I actually mean that could kill us. Physically we'll survive but with no courage or confidence left who would want to?

Our existence is actually a victory worth celebrating every single day. One hundred million sperm were in a race for the finish line and yours is the ONLY one that made it. Out of 100 million souls, yours was put on this earth! You made it. Mazel tov! Now what?

I am back in Israel, learning Torah and I am taking my life back.

Within a week of my clarity that I was not living up to my true potential and actualizing my greatness I got on a plane. That was yesterday. I am back in Israel, learning Torah and I am taking my life back. I will spend my days here completely immersed in Torah study, working on myself and learning, through 3000 years of tradition, how to simply live my 1-in-100-million life to the fullest. 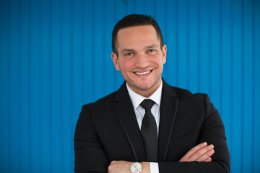 This message is a common one but I never listened to it until now and I hope you do not make the same mistake I did. If something in your life needs to change and you know it, please CHANGE IT. If your relationship with your boyfriend or girlfriend seems ok to the outside world or nice on paper but you know in your heart this is not your husband or wife, END IT. If you're reading a book that got great reviews but you are not enjoying it, STOP READING IT. If your job is making you a bitter human being, or your boss is unreasonable, or you've always wanted to pursue something else and can do so in a responsible way, LEAVE IT! If you loved shul as a kid and have lost all ties with your faith and regret it, GO BACK TO IT! And if you know (only if you know) that observing Torah mitzvot and keeping Shabbos is the obligation and privilege of a Jewish person, then KEEP IT.

It's not as hard as we make it out to be. I can say this only because I have done it. And also because I have parents and family and friends that, thank God, care about me. Life is way too short to spend it being unhappy. We all deserve a great life! Let's wake up and live the life that we truly want to live.

Music of the Heart

Remembering the Mensch of Malden Mills
The Blue Beyond
Great Place to Live
Is Eating Supposed To Be Spiritual?
Comments
MOST POPULAR IN Spirituality
Our privacy policy