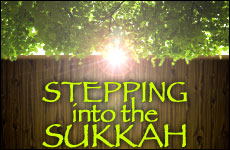 My unexpected portal into the rich spiritual world of Judaism.

The richness of Jewish life had somehow eluded me in my childhood leaving me so unschooled that I could not even distinguish between a prayer book and any book written in Hebrew. Mind you, my youth had not been entirely barren of Jewish experiences. We gathered at my Aunt Iris's house for my family's one Seder on Passover, knew enough to eat matzah, read the story of our exodus in the Haggadah from Maxwell House, feasted on Rosh Hashana, broke the fast of Yom Kippur, and my mother lit Hanukkah candles by plugging in an electric menorah. My family did not lack the threads so much as it did the fabric of Jewish life.

Many years later, my wife, children and I moved into a religious neighborhood on Chicago's north side. I felt pretty much at ease in my new neighborhood where I found myself surrounded by religious Jews. But when the Goldmeyers invited me to the bar mitzvah of their first-born son, my excitement was met with equal amounts of intimidation.

The occasion would mark my first time in an Orthodox synagogue. Shabbos morning arrived. I delighted in walking to shul like everybody else and I remember feeling as if I were part of something really important. During the event I became aware of some of what I had missed in my childhood. I also became aware of how little I knew about Judaism.

For the now, I was an outsider looking in, simply and pleasantly curious. Nothing more.

I was confident that if I wanted I could learn the ropes over time, in the same way a historian would peruse a primary document or an archeologist examine a potsherd, enthusiastically but dispassionately. For the now, I was an outsider looking in, simply and pleasantly curious. Nothing more.

The Shabbat during Sukkot -- while reading on my back porch -- I happened to spy my neighbor Rabbi Twersky walking in the alley. I wondered where he was headed. I would never have imagined seeing him walking in the alley, but there he was. Something was clearly amiss. He appeared to me to be deeply troubled. "He's coming over here," I said to myself in disbelief.

I watched as he entered through my back gate. Frankly nonplussed, but eager to lend a hand, I flew down the steps to greet him.

"Shabbat Shalom, Rabbi," I said, extending my hand in Shabbat courtesy, feeling slightly annoyed with myself for not even having a baseball cap on. Then again, better this way I supposed, for he would know me for whom I was and wasn't.

"Good Shabbos. Mr. Busch, I have a problem," he confided. Rabbi Twersky has a problem and he's coming to me, I uttered to myself, silently bewildered.

"Uh, ... how can I help you, Rabbi?" I offered, still incredulous how I could be of any assistance to a scion of a rabbinic dynasty.

Apparently, some of the roof had fallen down from his Sukkah and he was unable to put it back because it was Shabbat.

"Oh, no problem Rabbi. I'll pick it up," I said, thinking I understood his dilemma.

"NO! It's muktzah!" he exclaimed. "You are a Jew and it's Shabbos. You may not touch it either."

"Oh wow! Okay," I backed off. I was a little taken aback by his vehemence, though I couldn't help but feel enormously flattered he had acknowledged that I too was a Jew.

"But I do know someone who can. I'll take care of the problem, Rabbi," I assured him, my voice trailing off as I turned and ran up the steps. Pausing momentarily on the first landing, I looked back to see that his countenance had brightened noticeably. Secure in my promise, he turned and left for home.

Unbeknownst to him, in my apartment was a young man, a non-Jew, crouched in the bathtub reglazing its surface. We strode through the alley to Rabbi Twersky's Sukkah. Based entirely and perhaps irrationally upon hope, as nervous as I was, I felt confident that everything would go well once inside the Sukkah.

I took a deep breath, about to plunge right into a world so strange, so foreign, even to me. I stepped in and motioned Tom to follow.

Standing outside the entranceway to the Rabbi's sukkah, I took a deep breath, about to plunge right into a world so strange, so foreign, even to me. I stepped in and motioned Tom to follow.

As soon as we were inside, the slightest hint of an esrog's scent tickled one's nose. Gourds and dried fruit dangled overhead. Aged portraits of rabbinic sages aside child-like depictions of the Western Wall graced the four sides of the Sukkah while caricatures of the ushpizin, (traditional Sukkot guests) beckoned us to feel at home. Amidst all the festive decorations sat Rabbi Twersky, bent slightly forward, his glasses slipped down to the tip of his nose, his fingers pouring over an ancient Talmudic folio.

"Rabbi, this is my friend Tom."

"Boruch HaShem," (thank God) he exclaimed with a broad smile, and as I had hoped, extended his hand.

I breathed an enormous sigh of relief. "Tom," I said, indicating the errant branch with my finger. "There it is." He picked it up. Watching Tom perform this simple act I at once admired and felt bad for him. I suspect he was more than just a tiny bit nervous, as was I. Holding it as if it were an article of holiness Tom stepped up cautiously on a folding card table chair lest it collapse, reached up and replaced the branch atop the latticework.

"Okay, got it," Tom announced proudly.

"Boruch HaShem!" spouted the Rabbi with a gleeful smile and tone that made me think of his five-year old Sholem. Tom seemed genuinely pleased to help out and enjoy a few minutes respite from the drudgery of bathtub reglazing, but ultimately, I suspect, befuddled how something so pedestrian could produce so much joy.

I watched him, trying not to teeter atop the chair, survey the curiosity of this fanciful tabernacle. Below him two Jews, ready both to catch him should his balance waver, but a more startling visual contrast one could hardly imagine: one dressed in the Shabbat finery of a Chassidic Rabbi, the other in cut off jeans and tank top; one with the crown of a black velvet kippah and traditional fur hat atop his head whereas the other, well ... the other bore no head covering.

Although I don't know what Tom was thinking, I imagined he must have thought it all quite bizarre, and understandably so.

I had peeked into his world and it was good.

As for me, as soon as I stepped into Rabbi Twersky's sukkah, it ceased being bizarre because it was no longer unknown. With that tiny fix of restoring the roof branches to their proper place, I felt the world was set aright. Tom had done a good deed, Rabbi Twersky could resume the joy of the Sabbath and I ... I had peeked into his world and it was good.

It only became fully apparent to me years later how that small act in Rabbi Twersky's sukkah brought me to a place where I belonged.

From that day forward, Rabbi Twersky made it a habit of inviting me to participate in prayer services. I took pride in being counted as the 10th man in the minyan, even though I did not know how to formally pray. I did not even own a prayer book, but I came quickly whenever the opportunity arose.

What effect did Rabbi Twersky's acknowledgement and acts of inclusion have on me? They fortified and added to my Jewish identity to the extent that I no longer felt myself to be as much the outsider looking in as I had been when new to the neighborhood. I was part of this. It belonged to me.

But that next morning as the neighborhood hastened to synagogue, the four species in hand, I thought about the path of my Jewish future. Watching from my apartment's front bay window, I wondered how many more doors there would be left to open.

In Zimbabwe, Unraveling Mysterious Jewish Roots
What Makes Eli Run?
The Tyranny of Materialism
Science Enters the Mysterious Inner World of Consciousness
Comments
MOST POPULAR IN Spirituality
Our privacy policy