Spiritual lessons from the crucial presidential vote in Ohio.

Lately, I've been hesitant to clear the old messages from my answering machine.

You see, it's not every day that I get a call from the President of the United States:

"Hello. This is George W. Bush. Tomorrow is Election Day and I am calling to ask for your vote. We've been through a lot together the last four years... With your vote I will lead this country for four more years, to win the war on terror, and make America safer and more prosperous. The election is close and could come down to Ohio..."

It's not every day that Senator Joseph Lieberman calls me either (I think he knows that I'm Jewish):

"Hello this is Joe Lieberman calling to talk to you about John Kerry. I have known John for 40 years and I can tell you that he is smart, honorable, thoughtful and hard-working... He will take the fight today to the terrorists who threaten us and will work with our allies, including Israel."

Arnold Schwarzenegger called to tell me to 'flex my voting muscles.'

In the days and weeks before the 2004 Presidential election, barely a day went by without my receiving some call from a celebrity urging me to vote for their candidate. California Governor Arnold Schwarzenegger called to tell me to 'flex my muscles' and vote for Bush while former Ohio Senator and astronaut John Glenn pleaded with me to vote for Kerry.

My mailbox was a daily conglomeration of all the latest political literature from Democrats and Republicans, some pro-Bush, some anti-Bush. They came at me from all sides. Strangers knocked on my door with information and arguments why I should vote for Kerry. Bush's political activists offered me free yard signs.

I felt so important. Everyone told me that I can change the world with my vote. Whoever would win Ohio would win the election.

When Election Day came, I waited in a long line to cast my vote. Then I anxiously listened that night to the news. After all was said and done, the election really did come down to Ohio. Every vote meant something. We had changed the world.

So now I'm feeling a little depressed. I haven't heard from a celebrity in almost a week, and my voice mailbox is pretty empty. I'm experiencing "post-election letdown." Do I still matter? Am I still in a battleground? Does my vote still count for anything?

The reality, of course, is that everything we do in life has critical importance. As the Talmud (Kiddushin 40b) tells us:

Further, a person should always view the world as if it is equally balanced, half culpable and half worthy. The world is judged based on the majority. If an individual does one mitzvah, he tilts the global scale toward good. If he transgresses, the global scale is moved toward evil.

Whenever we choose good, we don't merely affect ourselves, we influence the entire world. If I am nice to someone, that person will be in a better mood and is more likely to act kindly to someone else. This third person will probably be gentler with another, and the chain keeps going. The same is true for treating someone harshly. A mean streak is unleashed in the world, sending its momentum rippling worldwide.

We are always in the voting booth, pulling a lever for good, or punching a ballot for evil.

We are always in the voting booth, pulling a lever for good, or punching a ballot for evil. Every time we smile at someone, we are giving the side of good more power. Every time we slip and engage in gossip, we are casting a vote for evil. Whenever we offer encouraging words, we are tilting the scales toward good. If ever we throw an insult, if we look at another with disdain, we make the world a worse place.

We are always involved in an election. And invariably, it is a close one. We must look at the world and at ourselves and realize that the smallest positive or negative action can make a world of difference.

We all live in a "spiritual swing state." We must continuously remind ourselves of the decisions we face, and the enormous opportunity to cast that deciding vote for a better world. 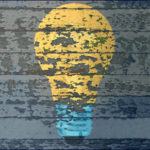 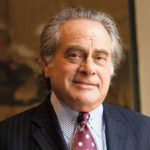