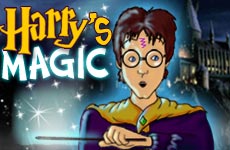 A true story about what one Jewish kid learned from the teenage wizard.

I run a group home for Harry Potter addicts. The house is chock-a-block with Harry Potter books, Harry Potter tapes, Harry Potter computer games, magic wands, chocolate frogs, Quiddich rulebooks, spell books, owls and wizard capes. Children read through the night and then spend the day holed up in their rooms listening to the stories on tape. When forced to exit their rooms, they move about like zombies with headphones on as they perform menial tasks while they listen. Conversations focus on which spell is appropriate for which occasion and how Nearly Headless Nick nearly lost his head. With most of the addicts, you could start a paragraph in any one of the five books and they could finish it for you.

Okay, I admit it. It's really my home, and the kids… well, they're mine too. Maybe we don't actually have an owl, but they can quote paragraphs at a time.

The teachers were "stupid," the Jewish curriculum was "irrelevant," and he was not going back.

One day my 12-year-old, one of the more serious addicts, came home from his Jewish day school and declared that he'd had it. School was not for him. The teachers were "stupid," the Jewish curriculum was "irrelevant," and he was not going back.

It wasn't the first we had heard of his school woes, and he had been struggling with his feelings about Judaism for quite some time. A few years ago, when he was nine, he scolded me for converting to Judaism. As I tucked him into bed he said, "Why did you have to convert?! I feel like I'm in prison. You should have waited until the children were born so we could all choose for ourselves!" Since then, he basically maintained the trappings of Jewish life in school and in public, but he let us know on a regular basis that this was our program, not his.

In the past, when our son needed time away from school, he managed to get suspended for a few days. Since this particular day was the first time he talked about his feelings before we received a phone call from the principal, we decided to give him some preemptive time off.

A week later found him well rested, deeply engrossed in his books -- but not more ready to attend school. We talked, we listened, we cajoled, we hugged. But returning to school was not on his list of possibilities. We gathered in the principal's office and listened while our son clearly explained why he didn't want a Jewish education and how we were all wasting our time, our efforts and our tuition money.

The principal suggested that perhaps this was not the environment for him, and we left, not quite sure what to do. We received a lot of advice and considered all the options: home schooling, Internet schooling, the local public school (he would have been the only Jew in a failing inner city school), and other private schools. We checked out an Academy that had a program for the motivationally challenged, another Jewish day school, and a Montessori private school. It was already six weeks since he had been behind a desk and the Montessori method looked promising. A month after we enrolled him, both he and the teacher agreed that it too was not the right environment.

Back to square one. He came with me to work; he stayed home. He became an expert on the municipal bus system and learned how to make pizza from scratch. He spent a lot more time with both his parents and he looked forward to his siblings' daily return from school. He went to the library regularly and began to expand his reading beyond Harry Potter and comics. We had long conversations about the new ideas he discovered, giving him the love and space that he needed, but he still wasn't ready to go back to the school his siblings attended, and so far, we hadn't found another viable alternative.

Our local school, which was willing to handle a motivationally challenged child, also had very strict discipline with a truant officer on staff, in-school suspension and an in-house drug treatment program for 6-8 graders! Another grade 6-12 school had very innovative programming, lots of out-of-the-box learning, trips to the wilderness and even to some foreign countries... but they openly acknowledged their drug problem. In fact our son was offered marijuana on the one day he shadowed another student. He also saw students with extensive body piercing and discovered that the school actually provides a time and place for a smoking break.

These experiences allowed him to see firsthand some of the contrasts between what was "out there" and what we were trying to provide for him. He recognized that these schools were not the place for him, and yet… a leather choker with spikes was pretty cool looking. I nixed the choker and it gave us a chance to talk about how people dress in order to identify with certain groups, and about how people try to feel special by changing something external. It was the perfect opportunity to launch into one of my mini-pep-talks about how special he is because he is part of a special people with a special mission.

He gave me one of those, That's what you think eyeball rolls, but silently I prayed that some of the message would get through.

One day he was in the car with me as I was listening to a tape on the Jewish view of the occult. I don't usually torture him with my lecture tapes, but in this case he was with me on "my time" and I wanted to listen. On the tape, Rabbi Mordechai Becher was comparing the world of Harry Potter to that of the Jews. He explained that just as Harry lived in a parallel dimension in this world, so do the Jews.

Just as Harry lived in a parallel dimension in this world, so do the Jews.

My son's ears perked up. He listened for a while and then had a few questions. I turned off the tape and we fleshed out the concept together:

We live in the same world as every one else, but we have vastly different lives. Jews have our own secret world of practices and rituals. We wrap tefillin, eat kosher food, carry Hebrew names, and study and pray in an ancient mystical language. We spend one-seventh of our lives (Shabbat) refraining from creative influence on the world, and during that time we even get an extra soul.

We look like other people, but we have our own mission that requires special responsibilities. Jews are charged with being the teachers of morality. Our job is to reveal God's presence on earth by engaging in our daily activities in a spiritually conscious way.

We have been given 613 pathways to help us achieve this mission. These mitzvot give us access to a spiritual "magic" that a) helps us bring our potential to fruition (through the positive commandments), and b) prevents us from subverting our energies and diminishing ourselves (by refraining from the prohibitions).

Jews have our own "Diagon Alley." We talked about Central Avenue in Cedarhurst, where we shopped during a trip to New York. The whole street is full of stores catering to Jews: kosher restaurants, Jewish book stores, kosher grocery stores, clothing stores with kippot and tzitzit, and silver stores with candlesticks and kiddush cups. (Most non-Jewish New Yorkers don't even know the street exists.)

My son sat in silence for a few minutes, lost in thought, and then turned to me with his own insight that was worth every day off from school. "So it's like… I'm a wizard kid… being raised by a wizard family. And I'm thinking of going to a muggle school?"

"I think I'm ready for a Jewish education."

I couldn't believe my ears. He finally got it. With God's help, the patience, love and space that we gave him was bearing fruit. When we got home, he called his teacher to see if he could return to class.

Harry's magic helped our son realize that he has his own hidden specialness, a specialness that hinged on being part of a unique group with its own distinctive life. After seeing what was out there in the other schools, he was able to view what was in his own backyard with a new appreciation. Suddenly my son understood that in order to fully embrace one's uniqueness, one has to understand it. And in order to understand his, he needed to attend his own Hogwarts.

All Hail the Chief

6 Ways Jews Shaped Thanksgiving
The Blue Beyond
Great Place to Live
Is Eating Supposed To Be Spiritual?
Comments
MOST POPULAR IN Israel
Our privacy policy