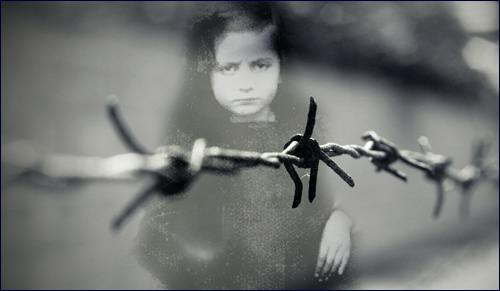 Our daughter was twinned with a girl from Luboml, Poland who perished in the Holocaust. Then the past came to life.

Our daughter’s Hebrew birthday coincides with Yom HaShoah, Holocaust Memorial Day. Our family spent a month in Israel where our daughter, Tova, took Yad Vashem’s Bat Mitzvah tour and joined their twinning program. Participants forge a bond with individual children who perished during the Holocaust, children who never had a chance to celebrate their Bar/Bat Mitzvah.

The program finds something in common between the two children. Our daughter Tova was twinned with a girl named Tova Ziegelman from the town of Luboml in Poland.

Luboml was a thriving regional market town for several centuries. By the 1930’s it had electric lights, numerous trades and businesses, factories and workshops. There were approximately 5,000 Jews in the town where they led a rich and vibrant Jewish life. The Jews were proud of their shtetl’s major architectural presence, The Great Synagogue. It was built in the 17th century as a spiritual center but also as a fortress; it was constructed with the additional purpose of protecting the Jews in town.

As anti-Semitism and the Nazi threat grew in the 1930's, some Lubomlers began to emigrate to Palestine and the United States. On October 1, 1942 the Germans, who controlled the town, rounded up the remaining Jewish inhabitants of Luboml with the aid of Ukrainian police units and marched them into the countryside. There the Jews were lined up in front of open pits and shot. Tova Ziegelman, only 11 years old, died on that day. 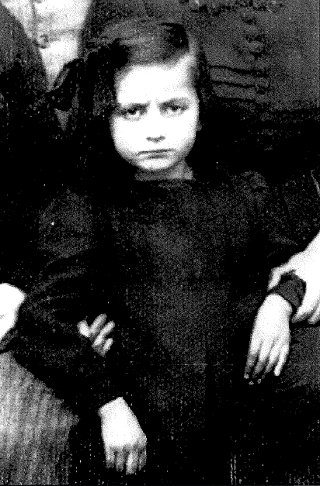 Our daughter was presented with a Page of Testimony of Tova Ziegelman as well as a special certificate acknowledging participation in the twinning program. Tova’s folder also included two pictures of Tova Ziegelman. The first picture was of her and her family and the second, a picture of Tova with three other children.

On the page of testimony was a number for Tova Ziegelman’s surviving cousin. Aaron Ziegelman. My husband and Tova tried many times to reach him via phone, on Facebook and google, to no avail. Tova took the information that she did have and incorporated it into her Dvar Torah for her Bat Mitzvah.

A few months after her bat mitzvah, Sukkot arrived and we were fortunate to finally have the chance to host my son’s teacher, Rabbi Chanales and his family, for a Shabbos meal.

I set the table and for some odd reason, set an extra plate. It is a good thing that I did. The Chanaleses walked in with their family along with a sprite, elderly women. Rabbi Chanales apologized they had forgotten to tell me that his grandmother was joining us.

Mrs. Chanales, senior, invited us to call her Savta and we sat down to lunch and began to chat. She told us that she lived in New York but was originally from Poland. 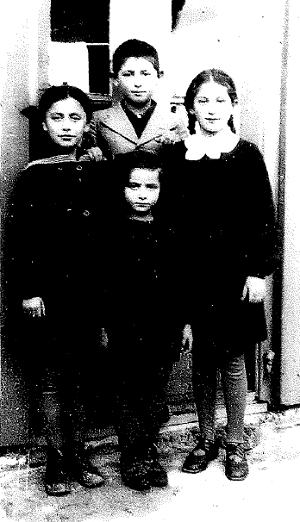 Tova in front, her cousin Aaron, his sister Lillian (Savta Chanales) and Blima

“Where in Poland?” my husband asked.

My husband looked at Tova and said, “Luboml, don't we know about Luboml? Tova go get your folder from Yad Vashem.”

My husband turned to Savta Chanales and said, “My daughter visited Yad Vashem last summer and participated in the twinning project there. What is your maiden name?”

My husband flushed red. “Ziegelman! My daughter was paired up with a girl named Tova Ziegelman.”

“That was my cousin!” Savta replied incredulously.

Our daughter returned to the table with the folder and my husband handed Savta Chanales the picture of Tova Ziegelman and the three other children. “Do you recognize anyone in this picture?”

“Yes, I know that picture very well. It is in my living room at home. That’s me and my brother Aaron, my cousin Tova and her sister Blima.”

Savta Chanales told us that her father had died when she was young. She had two uncles in the United States who rescued her, her brother and mother in 1938. They were able to get out of Luboml, but the rest of her extended family remained and were murdered by the Nazis.

Her brother Aaron, haunted by the loss of his family, friends and neighbors put together a traveling exhibit of Luboml and arranged for a memorial plaque at the mass grave on the outskirts of Lubomov. He also helped produce a documentary on the town. He once said, "Before they were victims, they were people…I wanted to restore a portion of Jewish memory destroyed by the Germans, to create portraits of people who lived and loved, who went to school, were married, who knew sorrow and joy, laughter and tears.”

Aaron also submitted the page of testimony to Yad Vashem about his cousin Tova Ziegelman and anyone else he was able to remember from Luboml.

We corresponded with the Savta Chanales and she sent us the documentary her brother had made about Luboml.

My generation, those born in the 70’s, had a palpable connection to the Holocaust. We personally knew people who lived through it. We felt the loss and horror keenly. We wanted to ensure that the next generation, our children, will understand the enormity of the Holocaust and not view it as an abstraction.