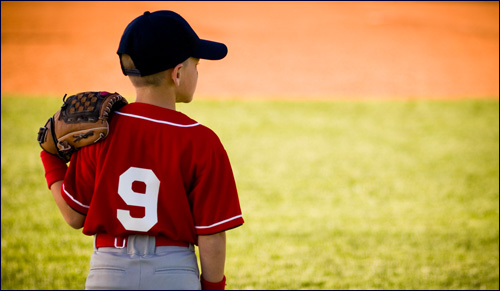 Meet the most inspiring player of this World Series season.

The Cubs and the Indians may be battling for the World Series title, but I know a young man who is this season’s true baseball hero. Meet Josh Schwartz *, a regular 6th grader at a local public school in Toronto. Only, he’s not so regular: he keeps Shabbat. Which means that even though he has a passion for baseball (and quite the throwing arm), he can’t join the local league – their games are all on Shabbat. It also means that when the school team was slated to play this fall, his parents made sure none of their games were on Rosh Hashanah or Yom Kippur.

First round he pitched five games and his team made it to the conference finals. Amazing. Josh pitched a 2-hour game in the rain. And pitch he did, leading his team to a 6-0 victory. It’s the stuff baseball dreams are made of; they were going to the city tournament. But here’s the clincher: the tournament was scheduled for Simchat Torah. And suddenly Josh’s dream-come-true turned into a nightmare. How could he let his team down? How could he miss this once-in-a-lifetime opportunity?

While the school board had been aware of the “major Jewish holidays,” Simchat Torah was deemed a “minor festival”. And just like that, Josh was faced with his Sandy Koufax moment. He and his parents talked it over. Yes, some of his Jewish team mates would be at that game; he would be the only one missing. But observing the holidays was not a sometimes kind of commitment. The baseball field was over an hour’s drive away; there was no way to get to the game and play while observing Simchat Torah. Staying true to his values meant only one thing: he could not play. And so with a heavy heart, Josh told his team and school.

I’m not sure how many of us could stand by our convictions with a team depending on us and the lure of winning. Would you try to bend the rules? Find some wiggle room or make a “just-this-once” exception? But Josh stood strong. And then he received a call from the school principal: he had taken matters in hand – the tournament date was changed to Friday. And not only that, the school board was beginning a process where all Jewish holidays would be marked as “the same level of significance” on the calendar, ensuring this struggle will hopefully never be repeated.

Josh may have simply been standing by his own values, but he won a victory far beyond his 11 years.

Whichever team wins four games will take the World Champion title. Here are four winning lessons we can all take to heart from Josh’s victory:

1. The real winning happens off the field

Josh might have been focusing on his curve ball, but just like most pro-athletes, he learned that what happens between games is also crucial. Michael Jordan knows this well. He was cut from his high school varsity team, wasn’t recruited by his choice college and wasn’t drafted by the first two NBA teams that could have chosen him. Jordan remarks, “the mental toughness and the heart are a lot stronger than some of the physical advantages you might have”. It's easy to look at what happens when the world is keeping score, but it's how we navigate the in-between challenges that defines our mental toughness. We might not be baseball players, but we can all dig deep into our hearts when life throws us challenges.

2. When we do the right thing we inspire others

There is something truly amazing about someone who stands in their truth. No excuses. No apologies. Simply living according to their values. It is even more amazing when sticking to those values means swimming against the popular current. And that’s exactly what Josh did, and why his principal went to bat for him. When we are brave enough to do the right thing, we create the possibility for others to do so as well.

3. Sometimes holding the line is the kindest thing

It was not easy for Josh to make this decision. It was equally challenging for his parents. It might have been tempting to compromise “just this once”. Like the child who begs for one more cookie, it's harder to stick to saying ‘no’ than it is to give in and say ‘yes’. Sticking to the lines we draw for ourselves and our relationships is a true act of love. When we maintain the perimeters we commit to, we allow those we love to rise to the occasion. Had Josh’s parents wobbled on this point, he never would have achieved such greatness.

4. Our greatest victories happen when no one is cheering

When Josh’s team won, the crowd went wild. Granted, it was mostly parents and friends in the stands, but the cheers and applause were infectious. Talk about a feel good moment. We all love validation, hearing we’ve done a good job. But no one was cheering when Josh was struggling to decide he wouldn’t be playing on Simchat Torah. The truth is, most of our life defining moments will happen in the quiet of our homes, the privacy of our relationships. No one will do the wave when we are patient with a child or give us a round of applause when we struggle to take the higher road. But, like Josh, we will know our private victories.

I am watching the World Series but I already know who is the true winner this baseball season: a young man who stood up to the world and proclaimed, “I am a Jew and that comes before baseball.” Now that deserves a standing ovation.

*The family requested to use a pseudonym

This story just got better! An Aish.com reader was inspired by Josh and is sending him and his father to Cleveland to see game 6 of the World Series! When I asked the generous benefactor what I could share about him all he said was, "It's not about me...this kid deserves it!"