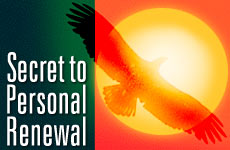 The world around us renews itself constantly. The most important aspect is learning how to tap into it for yourself.

Jewish tradition tells the story of an immortal eagle that flies straight up toward the sun once every 1,000 years. Its feathers are burned off and it falls to earth, where it regenerates its wings.

It's a strange tale. If the eagle is going to live forever, why bother renewing its wings every millennium? Why not just live forever with the same pair of wings?

A wise person answered: to teach that every human being needs to learn to renew him or herself.

And the eagle knows the secret of how to do it. When it's time to renew, the eagle heads heavenward, toward his root in high places.

The key to personal renewal is the ability to strengthen your connection to the source, to God.

At one time or another, most of us feel worn down or used up, or disconnected from our true selves. But God is infinite and always new. Connecting to that evanescence can regenerate you.

[Recognizing your connection to Something that is infinite and always new gives you the ability to return, refreshed, to your true self. Though circumstances around you may be grim, the part of you that is connected to the Divine stays pure -- and has the power to reinvigorate the rest of you.]

Plugging back in requires sublimating yourself to God and that requires personal humility. The person who is able to say "God, I need you. You're the one driving," is one who will be able to renew himself.

In a famous letter written from his Soviet jail, Natan Sharansky asked what it is that prevents a person from being his true self, both individually and as a member of a community.

There's only one way to vanquish those fears: fear of something higher. When you fear God, there's nothing else to fear. We call that sort of fear "awe."

In morning prayers, Jews say, "The beginning of wisdom is the fear of God" (Psalms 111). Understanding that God is above all else empowers you with abilities and capacities you never dreamed of.

Understanding that God is above all empowers you with abilities you never dreamed of.

A man who now lives on my street in Jerusalem was imprisoned in Siberia for years and years without once violating Shabbat.

The KGB tortured him and tried to break him. They failed. How did he do it?

When you are afraid of the Almighty, what can mere men do? They can take a person's liberty, even separate his soul from his body. But the person's essence -- his or her true self -- is untouchable.

The person who is connected to God constantly is able to stay true to who he or she is -- and renew that essence.

When we renew ourselves, we return ourselves to our original, pure, essential state. Without a belief in our inner purity and strength, our attempts are fruitless.

Each one of us is a microcosm of creation.

I once saw a poster of a strange-looking kid smiling and saying, "I know I'm not junk because God doesn't make junk." In fact, every one of us is not only not junk, but is a masterpiece! In morning prayers, we say "the soul that You have given me is pure."

King Solomon in Proverbs tells us that a tzaddik, a righteous person, falls seven times and gets up. We are not told that righteous people don't fall. Of course they do. They're righteous -- not inhuman. What makes them righteous is that they get up again..

Think of a baby learning to walk. She takes a step or two... and falls. She gets up and tries again... and falls. And gets up again. It is an object lesson for us adults to get up again.

An arrogant person thinks that his abilities come from himself. He can do SO MUCH -- but no more. He's limited by the boundaries of selfhood.

In contrast, the humble person knows that her abilities come from her Creator. When she plugs into God, there's no limit to what she can accomplish. Her humble connection to the Almighty is the key both to her ability to accomplish what she wants and her ability to renew herself, to get up again and keep going.

Examples of refreshment and rebirth are everywhere. Seasons roll in and out, as do the tides. Flowers bud, bloom and fade -- and bud anew. The Almighty could have just as easily created a world that just kept on going and going, but instead created a world that highlights renewal.

The Jewish concept of time is built around Shabbat, the birthday of the world. For six days the world moves and shakes, and on Shabbat we stop -- and renew.

Our understanding tells us that God renews creation each day. We have to remember that each of us is a microcosm of creation.

It would have been just as easy to create a world of constancy, but God makes each day new because we have to be like that, too. 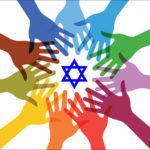 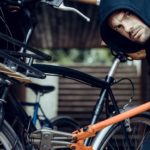 My Bike Got Stolen5 min read

Looking for God: A Lesson from a Survivor1 min read

I Can Do It4 min read

Nothing is Random: Ethics of the Fathers, 4:33 min read