How to Reach Your Personal Exodus 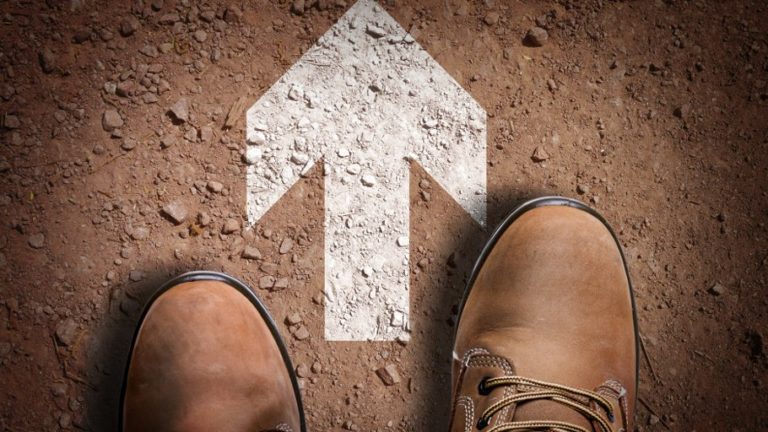 Liberate your will by embracing the power of small.

Passover is the holiday of freedom, the opportunity to expand and grow beyond one’s perceived limitations. In Hebrew, the word Egypt means “narrow.” Egypt was a place that limited human potential and enslaved the will. Freedom from one’s personal Egypt is the experience of expanding and moving beyond one’s personal limitations by harnessing and liberating one’s will.

One’s personal Egypt is the pain of wanting to improve oneself in a specific way but feeling powerless to bring about that change. In place of growth, one feels stuck and hopeless.

Gary has struggled with loving people and feeling connected to them for as long as he can remember. He has tried so many techniques hoping one of them would result in the breakthrough he longs for. He has a pattern of learning about some tool for loving people, getting excited about it, and after two weeks or so, quitting, as he realizes it’s not working for him. Recently he read about a technique called the “love game” – the suggestion is to study someone closely and make a list of five virtues that person possesses. Love being defined in this context as the pleasure we get when we identify someone with their virtues and excuse their faults. Gary once again felt a rush of excitement because the idea made so much sense. Unfortunately, after two weeks, he ran out of gas again. Feeling like a loser, he felt resigned to living a life of disconnection.

I think we all can identify with Gary’s frustration. There are aspects about who we are that we long to change so badly but have given-up, feeling resigned to living with our limitations.

One’s true free-will point is that small step that one can make consistently, without herculean effort.

Our sages taught, “Nothing can stand in the way of one’s will.” We have the power to improve ourselves in any way we truly want to. Rabbi Eliyahu Dessler taught that the secret of liberating one’s will is to identify where one’s free-will point lies, or what I call “our personal points of real possibility.” One’s true free-will point is that small step that one can make consistently, without herculean effort.

There always exists some meaningful change that a person can make, some step towards becoming better. That change may be so small that one may be inclined to discard it, thinking it’s not much of an accomplishment. That’s a big mistake. Making any real change, no matter how small, is significant and deeply fulfilling. This is the “power of small.” And it is the key power to liberating oneself from imprisoned will and attaining authentic growth and transformation.

A common reason why people fail in improving themselves is that they consistently set the bar too high with goals that are too difficult to reach. The Talmud tells us, “If you try to grab too much you’ll end up with nothing.” Realistic growth that takes an honest look at one’s free-will point is the best way to avoid what I call self-improvement burn-out. Don’t be seduced by the dramatic accomplishments encouraged by life coaches and mentors. For many people, this is a formula for chronic frustration and depression.

Know yourself and accept your limitations. Don’t compare yourself with others; competing with others distracts us from being honest with ourselves. Be secure with who you are – an imperfect person striving to grow. Avoid grandiosity and perfectionism. Celebrate instead every tiny step of growth.

Gary’s real problem was that he was always setting the bar beyond his free-will point. The tools he had tried were out of his range of real possibilities for him. If Gary were able to be honest with himself, he would discover that his free-will point would be a very small change. Fortunately, with some guidance, Gary discovered where his free-will point was. Once a day he would greet one person with a sincere and genuine smile. When he received a nice smile in return, he felt connected and more positive about that person.

After a month Gary was astonished by the change in the way he felt about himself and others. He was feeling empowered and convinced that he could maintain this change without pushing himself overly hard. Once Gary felt he had mastered this change, he felt ready to raise the bar a notch. He even felt that he could begin thinking about looking for virtues in others as his next step in loving people.

This approach to growth is truly empowering. The power of small is ultimately about living in reality and striving for genuine transformation. Every exodus from our personal Egypt begins with small steps that are located at our free-will points. With the power of small, we can understand why our Sages say, “Nothing can stand in the way of will.”

What Is Freedom?
In the Shadow of David and Goliath
Where Do the Laws of Nature Come From?
Saadiah Gaon, Rashi and Maimonides: How Three Rabbis Revolutionized Judaism
Comments