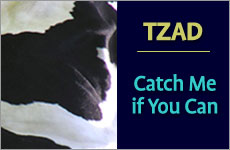 Confining the movement of a living creature.

We've already completed the melachot associated with baking bread and those involved in making fabric. The next group of labor categories deals with processing animal hides in order to make leather goods or similar items. And, as usual, we begin at the beginning – in this case, capturing the animal.

You might expect this to be a short lesson, since most of us don't have opportunities to capture animals too often. But, as we'll see, the application of this melacha extends beyond the immediately obvious. 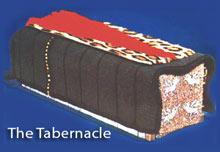 As we've mentioned a number of times, each melacha is derived from an activity done in the Mishkan. Animal hides were needed to make decorative coverings for the Mishkan building, as we learn: "You shall make a cover for the tent, of rams' skins dyed red, and a cover of tachash1 skins above" (Exodus 26:14).

Getting hold of a large animal like a ram would involve a trap of some sort. From this original case, the labor category of Tzad (which means, 'hunting' or 'trapping') came to include any actions that confine a living creature.2

Trapping is prohibited when:

It is prohibited to trap an animal whether you intend to use the animal itself, or because it is a nuisance.3

On the other hand, trapping is permitted when:

Does Tzad Apply to All Animals?

Wild animals -Tzad generally applies only to wild creatures such as deer, birds and fish, as well as to hard-to-catch things like insects.5 These creatures are naturally in a free state, able to move about and instinctively afraid of being caught.

But there are some creatures who don't fit this model. These fall into two categories: 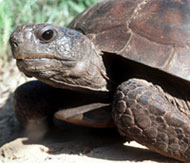 Very s-l-o-w creatures – Think of the proverbial tortoise, or a snail, caterpillar, ant or earthworm. They move so slowly that the halacha views them as being 'inherently confined'.6 Therefore, Tzad does not apply to them, and it is permitted to further restrict their movement on Shabbat.7

Domesticated animals – This group both includes animals that are used to being owned by people (like a house pet) and those that are by nature passive (for example, cows).8

In halacha, an animal is considered "domesticated" if it immediately submits to someone trying to hold onto it. When I grab the collar of my pet dog Hav-hav,9 she reacts by relaxing and following my commands. Since she will come when called, and won't run away when approached, she lacks complete freedom of movement. I am therefore permitted to restrict Hav-hav further by locking her into an enclosed area or attaching her to a leash on Shabbat.10

Now, applying this rule depends on context. You may have a dog who is usually compliant, but on one particular day, he is bad-tempered and disobedient. In this case, he does not fit the criterion of "domesticated." And if he tries to run away on Shabbat, you would not be able to capture him.11 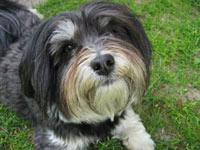 There is also a middle category of animal which we could call "partially-domesticated." In halacha, this means that they will return home at night even if they had been somewhere else during the day.12 You may restrict the movement of such an animal only if it might hurt itself or be dangerous to others.

One other point: There are various things that aren't supposed to be moved on Shabbat, because their use is (generally) not Shabbat-related. These items are known as muktzeh13 (which means reserved or set apart). We will get to a full exploration of this issue in a subsequent lesson, G-d willing. In the meantime, it's important to understand that animals are considered muktzeh. Under normal conditions, we aren't supposed to move them on Shabbat.

What do we mean when we speak of "confining" an animal? How confined does it have to be?

For these purposes, we'll refer to three levels of confinement:14

We'll get to some concrete examples in a minute. But first a few more principles: 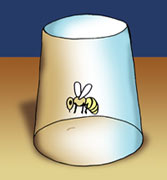 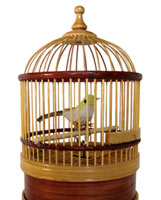 When faced with a creature that could be dangerous to you or someone else, you are allowed to trap it.20 We will discuss these laws in detail in the next lesson, on Shochait.

The reverse of Tzad – freeing a trapped animal – is completely permitted. In fact, it is a mitzvah to alleviate the discomfort of any living thing. (However, since animals are Muktzeh, this should not be done by directly moving the animal with your hands.)21

It is permitted to set a trap before Shabbat, for example to put up fly paper, because you are taking no action on Shabbat itself.

It is forbidden, however, to erect a trap on Shabbat, because your Shabbat action will be the indirect cause of a trapping that may subsequently occur on Shabbat.22

Laws of Shabbat
previous
Article #31 of 34
next
Like What You Read?  Give Jews around the world the chance to experience engaging Jewish wisdom with more articles and videos on Aish. It would make your mother so proud and as a nonprofit organization it's your support that keeps us going. Thanks a ton!

25. Gozez: No Need to be Sheepish
For Every Individual, A Torah Scroll
Allegiance To The Monarch
Meet the Real You: Yom Kippur
Comments
MOST POPULAR IN Jewish Law
Our privacy policy
Aish.com Is Looking for Great Writers