Zachor: We Will Never Forget 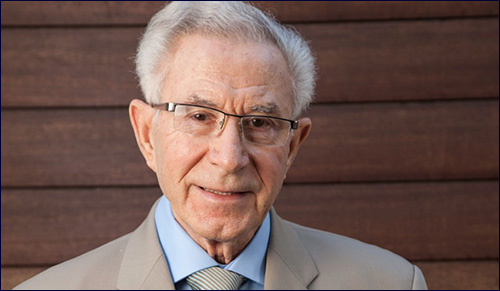 Ben Lesser a Holocaust survivor, on living a life that matters.

Spry and handsome, Ben Lesser walks in looking much younger than his 85 years; a successful businessman who was blessed with a lucky life, perhaps even an easy one. 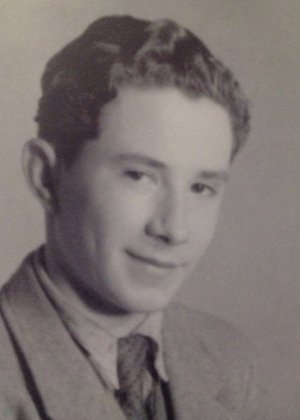 Ben after the war

Then you listen. And if you look carefully at his eyes, there is a place behind them … a place where we put those parts of our lives that can’t be fully expressed in words or even tears.

Born in Krakow, Poland in 1928, one of five children, Ben Lesser went through and survived four concentration camps including Auschwitz-Birkenau, Buchenwald, Durnau, the Nazi Death March, and the loss of virtually his whole family. Ben arrived in Brooklyn, New York in 1947 to reunite with his only surviving family member, his sister, Lola. Grief and horror of this magnitude goes to “that” place. It will always be there. But according to Ben we have the God-given choice to use that place for good, or let it use us for hatred, fear, and incapacity.

It is estimated there are only 350,000 Holocaust survivors remaining. The oldest, Alice Herz-Sommer, featured in the Oscar-nominated documentary The Lady in Number 6 passed away in late February at the age of 110. Thanks to many organizations, books, documentaries and films in Israel and worldwide, the stories, the names where possible, the feelings, the lives of victims and helpers have been duly recorded, and recognized. 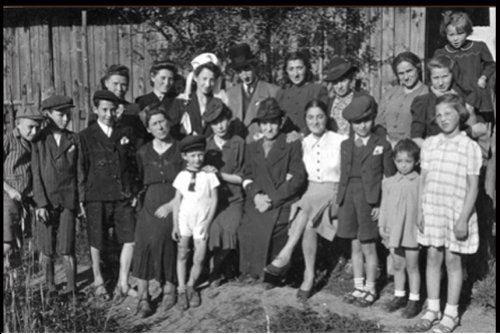 Ben at his sister’s wedding

At 85, Ben is one of the younger survivors and has his own story to tell – not just of the experience – but of “living a life that matters,” which is the title of his book that inspires determination, courage, tolerance, and survival during the darkest days the human mind and soul can imagine.

After a successful business, a long, blissful marriage blessed with two beautiful children, “that place” within him where these atrocities are felt, urged him to share his story, especially with young people, teachers and students. When he received a pin from a local Holocaust Survivors group with the Hebrew letters for Zachor ("Remember") he wore it during his talks. Suddenly he was inspired to offer pins to his audience. The response was tremendous and Zachor, the non-profit organization was officially born in 2009 to insure the story is told and the lessons of morality, tolerance, understanding and peace are taught.

Zachor is supported by donations, and in part, a grant from the Jewish Federation of Las Vegas. Ben created another ingenious way to help his mission: Papa Ben’s Mandelbroyt (a bit similar to biscotti for the unfamiliar.) Ben’s father, Lazar owned a chocolate company famous for their chocolate covered wafers. Lazar shared his love of baking with his son, and during family holidays they made mandelbroyt, which became a special family tradition. Kosher, natural and in a variety of flavors, Papa Ben’s Mandelbroyt is simply the most mouth-watering treat one can imagine. You can now buy it in selected upscale markets in California, such as whole foods, as well as on the website. 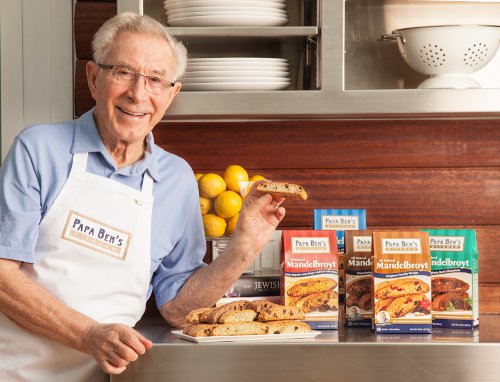 Papa Ben is busy. He’s busy with talking, writing, and mandelbroyt. Fortunately, his mission has extended to the second and soon third generation as his deeply loving wife, two children, son in-law and grandchildren are also at the helm and at his side, looking to the future.

I recently asked Ben for a personal interview for Aish.com and he was graciously eager to do so.

Aish.com: Prior to the invasion of Poland, did your parents recognize the meaning of what was to come?

Ben Lesser: Of course this was after Kristallnacht. I don’t believe they, or anyone knew to what extent this would lead to; and if they did, they wouldn’t tell us, the children.

Aish.com: You survived; do you think there was a special reason you did? 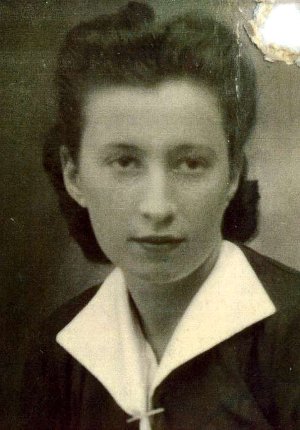 BL: Maybe God needed a witness. Not all survivors can talk about it. It hurts too much. It brings back too many memories. To this day it hurts me and I still get sleepless nights. But someone has to tell the story. I thank God every day for giving me the strength.

AIsh.com: What did you tell yourself to make it through each and every day?

BL: I told myself to continue. I had an inner feeling; a drive to do anything to survive. I was 15 when arriving at Auschwitz. There was Mengele. I stood before him, stretched, saluted … and lied about my age. In German I said, “I am healthy! I’m capable of work!” I told this to Mengele. Near the end of the war on the Death March, I kept pushing myself and my cousin Isaac who wanted to give up. “We will survive,” I reassured him over and over, as I dragged him along. Right after liberation Isaac died in my arms. He was 19.

Aish.com: Given all you went through what is your most abiding memory?

BL: I was holding onto my sister Goldie and my little brother Naftali. We called him Tuli. Upon arriving at Birkenau, when they opened up the door of the cattle car they told the women and children go to the right. I was holding onto them and we were torn apart never to see each other again. They were sent to the gas chambers. It was that moment of being torn apart that is most vivid.

Aish.com: As a result of this unconscionable experience what was your most startling insight about life? 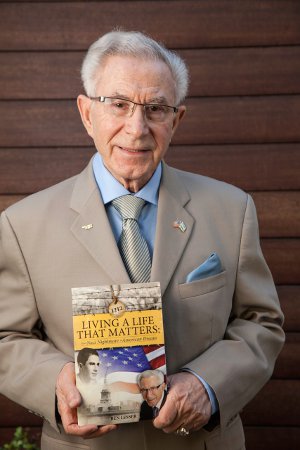 BL: I feel that life is a matter of choices. While individuals can’t always choose, when we suffer crises or calamity, people can choose to let it ruin their lives or learn from it and move forward. This is essential to understand – the consequences of personal choices. It possible that trauma can become a reason to stop living. It is also possible to live through extreme circumstances and commit to a life that has meaning, which is how I came to write my book, Living a Life That Matters.

Aish.com: Why did you write the book?

BL: Initially I felt compelled to write about my life in order to provide testimony, documentation about the Holocaust from an individual point of view. My goal was to provide an intense personal sentiment; a real life history. I wanted others to understand the necessity of actively working to end the hatred that leads to genocide. I hoped that people, especially young people, would read it and gain a deeper understanding of themselves and others to stop the hatred.

Aish.com: What happened to your hatred?

BL: I had to make a decision. Hatred destroys your initiative. If I were consumed with hatred, how could I be a loving husband, father or make a good life for us? It is completely destructive to the mind and to the soul. The Nazis did not start with killings. It all started from hateful words. And hateful words in any context… school bullying for example, create an environment of hatred. It is a product of ignorance. And that is a large part of our mission – to stop the ignorance. To teach. To contribute to the healing of others. Love overpowers hate more than anything. I understand that power and actively use it. The Nazi massacre gave me the foundation that my life has been built upon.

Aish.com: Where do you see Zachor five years from now?

BL: We would love to see an on-site learning center, and have more funds to educate about the Holocaust and how it relates to today, through scholarships to teachers and learning institutions. We also have a section on the site called “I SHOUT OUT!” We would like six million I SHOUT OUTS to speak for the more than 6 million who were silenced.

Aish.com: Have you been back to Poland?

BL: Yes, in 2005 I went with my family so they would see where they came from. While on route it stirred up feelings in me which I cannot describe in words, emotions which I did not know were still confined in me. Suddenly I saw images of the past which were etched deep into my memory. Visions of black uniforms, swastikas , sirens, Gestapo, SS, shiny black boots, dogs, pistols, rifles, screams, shouts, whips, reflections of fire, smoke vivid memories of the ashes of Birkenau, selections, mountains of corpses all around me, children savagely torn from their mothers, furnaces, fire pits, frighten faces, hunger, starvation, gas chambers, barbwire, Kapo’s, shovels, picks, and sledge hammers, freezing cold, dying faces, bulging eyes, death march, cattle cars, bunkers, attics, beatings, lice, vermin, latrines. My head was spinning and I heard loud speakers yelling—JUDEN RAUS, ACHTUNG! LOS LOS, RAUS SCHNELL! The KAPOS yelling ZUM APPEL PLAC! DIE MUTZE ABNEHMEN! DER COMMANDANT YELLING DU VERFLUCHTE JUDEN? SCHWEINHUNT. If you don’t know the meaning of any those words, consider yourselves lucky.

And I heard the cries of Shema Yisrael. We will never forget. Zachor.

The Auschwitz Album: Visual Evidence of the Process Leading to the Mass Murder

Forged in Hell
What Makes Eli Run?
The Tyranny of Materialism
Science Enters the Mysterious Inner World of Consciousness
Comments
MOST POPULAR IN Holocaust Studies
Our privacy policy