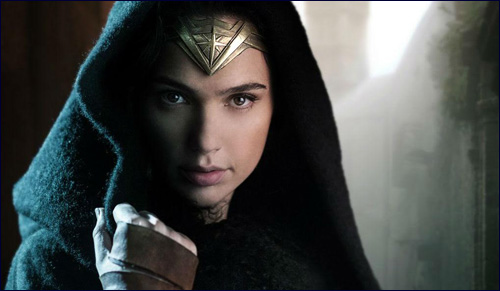 Wonder Woman isn’t only played by Israeli actress Gal Godot; she may just be inspired by the story of the Jewish nation.

Gal Gadot, who plays Wonder Woman in the new DC Comics blockbuster, won the Miss Israel pageant at the age of 18. She followed that up with a successful modeling and acting career until securing the coveted Wonder Woman role in the 2016 film Batman v Superman: Dawn of Justice. 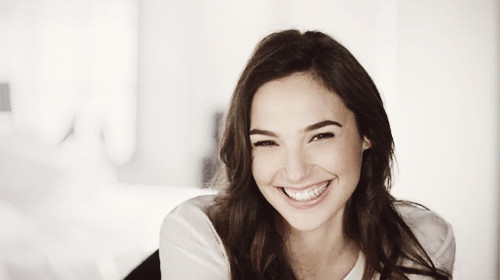 Unfortunately, Gal’s place of birth became an issue. According to various reports, Lebanon banned Wonder Woman, citing its law mandating a boycott of all Israeli goods. Rania Masri of the “Campaign to Boycott Supporters of Israel-Lebanon” advocated for the move and commented, “First and foremost she is Israeli. We don’t distinguish between a good Israeli and a bad Israeli.”

“We don’t distinguish between a good Israeli and a bad Israeli.”

Rather than shy away from her native land, Godot has embraced it. In 2014 during Israel’s war with Hamas in Gaza, she posted the following message on her Facebook page:

“I am sending my love and prayers to my fellow Israeli citizens. Especially to all the boys and girls who are risking their lives protecting my country against the horrific acts conducted by Hamas, who are hiding like cowards behind women and children...We shall overcome!!! Shabbat Shalom! #weareright #freegazafromhamas #stopterror #coexistance #loveidf.”

This was accompanied by a picture of her and her daughter lighting Shabbat candles, deep in prayer.

So that’s the literal part. Gal Gadot and Israel. Tight.

But if you look a little deeper at Wonder Woman the film, the figurative Israel seems closely connected. If it’s not readily apparent, you may just need a Lasso of Truth to see it. 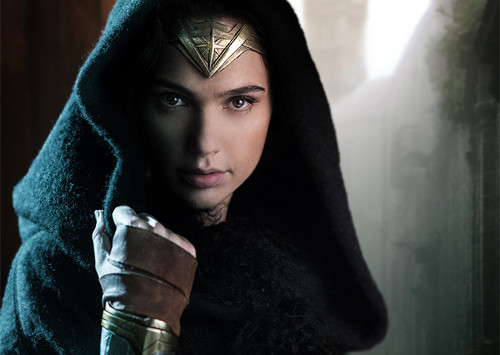 Wonder Woman, or Diana, as she is known, comes from an all-female nation, the Amazons, created by the Greek god Zeus. The Amazons were originally created with a mission to influence the world towards peace and act as a “bridge to greater understanding between men,” but mankind was not ready for their message and enslaved them. Meanwhile, Ares, the god of war went rogue and killed the other gods. In order to save the world from destruction, Zeus gave the Amazons baby Diana, a secret weapon that could one day challenge Ares, and he places her in their newly created Amazon homeland of Themyscira.

Once in Themyscira, the Amazons develop a fearsome army, but it is defensive in nature, only to be used to repulse an invasion. The A.D.F. if you will (Amazon Defense Forces).

An invasion indeed comes, by way of the German army, circa World War I. The Amazons fight back the attack after sustaining casualties and they pick up a prisoner of war in the process, American pilot Steve Trevor who is working with the Allies as a spy. Trevor discovered that the Germans were in the process of introducing chemicals weapons into the war at the hands of General Erich Ludendorff and his chief scientist Doctor Maru.

Armed with this news, Diana and Steve journey to London to meet with the Imperial War Cabinet and convey their revelations regarding the impending onslaught of chemical weapons. But the War Cabinet is fixated on “peace.” “The armistice is of paramount importance,” they say knowingly.

But Diana knows the nature of the enemy. “I don’t understand,” she asks Steve innocently. “How can they talk peace?”

It’s not that she doesn’t want peace. Of course she does. And that’s exactly why she fights. She sees the horrors of war and the nature of a merciless enemy that targets women and children and knows that the only way to eliminate evil is to fight it.

But in the end, when she’s finally vanquished her enemy and has the opportunity to take revenge over a helpless Doctor Maru, she demurs. She’s a warrior with a conscience.

Does any of this sound familiar? It should.

The mission of the Jewish people has always been one of peace, to act as a bridge to mankind, a “light unto the nations,” delivering the message of Godliness and morality. But ironically, throughout history we’ve been subjected to slavery and anti-Semitism as peoples have rejected our message, often violently. 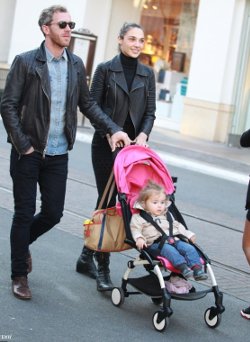 Gadot with her husband and daughter.

Then, 69 years ago, we were given a nation of our own. We would have liked to have focused on our message of peace, but instead our enemies forced us to prepare for war. We built a fearsome army, and although we do not derive pleasure from using it, we know that if we want to survive, then we have no choice. Our enemies are both ruthless and cowardly, preying on women and children, and manipulating world opinion with boycotts against us. The world in turn, talks of peace and can’t understand why Israel won’t sign a peace treaty with an enemy that is not interested in signing one, and is committed to Israel’s destruction.

Just like Wonder Woman, Israel continues to fight because it knows that one day, it will no longer have to.

Diana/Wonder Woman/Gal Gadot ends the film by saying that she will continue to fight, “for the world I know it can be.” So too, the people of Israel know that if they must, they will fight today, but they do so because they know that there will be a tomorrow when the world is at peace.

X-Men: Days of Future Past

Finding Israel’s Soul at the Movies
The Promise Of The Land
Which Chat Are You On?: Parshas Behar/Lag Ba’Omer
Do You Like Slow-Cooked Food? Thank the Jews
Comments
MOST POPULAR IN Art Smarts
Our privacy policy