Why is a Terrorist Speaking at San Francisco State University? 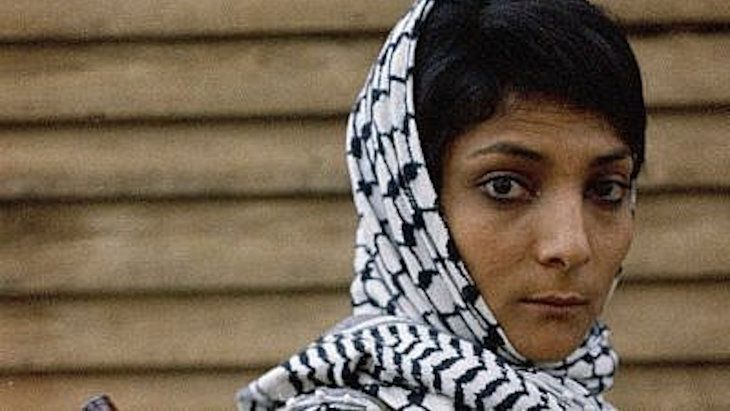 The university should rescind their invitation to Leila Khaled and take a stand against terrorism.

Fifty years ago, Leila Khaled did all she could to murder Jews and Israelis. She hijacked two planes for the vicious terrorist group the Popular Front for the Liberation of Palestine (PFLP), and continues to support them and the violence and murder they’re responsible for to this day. She glorifies murder, dismisses violence, and publicly calls for the destruction of the Jewish state.

Shockingly, instead of being repudiated for her murderous history and hateful rhetoric, Khaled has become a radical-chic icon in the West. On September 23, 2020, she’s even scheduled to speak at a San Francisco State University virtual event: “Teaching Palestine: Pedagogical Praxis in the Indivisibility of Justice.” That jargon-loaded title obscures the ugly truth that the online conference is implicitly defending Khaled’s violence and attempted murder by asking her to speak. Inviting her normalizes violence against Jews and is completely unacceptable.

Instead of condemning Khaled’s blood lust and distancing herself from this would-be mass murderer who openly consorts with other killers, University president Lynn Mahoney has defended Khaled’s invitation. “We recognize that the exercise of free speech and academic freedom can result in discomfort or pain for others,” President Mahoney retorted when she was criticized for hosting Khaled. 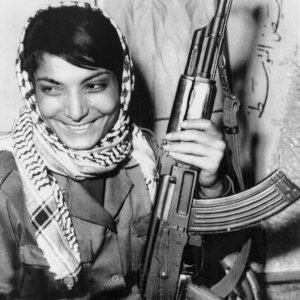 Does Pres. Mahoney have any idea of Khaled’s hate and propensity for violence? Causing “discomfort” and “pain to others” was certainly Khaled’s goal in 1969 and 1970 when she helped hijack TWA Flight 840 from Rome Tel Aviv in August 1969, and tried to hijack an El Al flight from Amsterdam to New York in September 1970. During both those hijackings, Khaled was armed and dangerous, and ready to kill and terrorize Jews.

The August 29, 1969 hijacking of TWA Flight 480 shocked Israelis and Jews and made Jews around the world realize they were targets of terrorists no matter where they were. Khaled and another terrorist hijacked the flight after it took off from Rome. They announced they’d planted a bomb on board and forced the plane to divert to Syria.

As soon as the plane touched down in Damascus, Khaled and her accomplice ordered the passengers to get out immediately because the bombs were about to go off. Terrified men, women and children scrambled out of the airplane as quickly as they could. Many were in tears. One elderly woman wet herself in terror. Moments after the passengers left the airplane, the front end of the plane exploded.

Syrian authorities took charge. Though they arrested Khaled and her accomplice, they let them walk free a few weeks later without filing any charges against them. Instead, Syrian authorities seized six of the Israeli passengers. This was only two years after the 1967 Six Day War, in which some Israeli soldiers had been taken captive and tortured in Syria.

The following day, Syria released four of the Israeli passengers. The other two would only be released, Syria announced, once a long list of Arab terrorists were released from Israeli jails. Negotiations went on for months; eventually, 71 Egyptian and Syrian terrorists were released in a prisoner swap for the two Israeli passengers, three months after the hijacking. By then, Khaled and her accomplice had long been freed.

Leila Khaled learned that she would face few, if any, sanctions from the international community for waging a war of terror against Israelis and Jews. She underwent some minor plastic surgery to alter her nose and chin to help her evade security, and then teamed up with the Nicaraguan terrorist group the Sandinista National Liberation Front, to help plan more attacks against Jews.

They cooperated with the PFLP for an audacious, large-scale terror attack: the September 6, 1970 hijacking of four flights, all simultaneously. Khaled and her Nicaraguan accomplice hijacked one of the planes, El Al Flight 219, as it embarked on the second leg of its Tel Aviv–New York flight, after stopping over in Amsterdam. 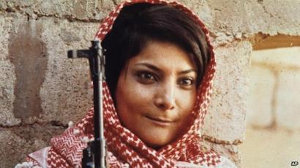 Once the flight was in the air, Khaled’s accomplice pulled out a gun and held it to the head of one of the stewardesses. He would shoot her if the pilot didn’t open the cockpit door immediately, he announced. (El Al was the only airline in those days to have reinforced, locked cockpit doors, a result of the intensity with which the PFLP targeted them and attempted to hijack El Al planes.) At the same time, Khaled pulled two grenades out of her underclothes, and threatened to blow up the entire plane, which was cruising at 29,000 feet.

The pilot on that flight was Uri Bar Lev, an accomplished pilot who’d flown missions as a 16-year-old soldier during Israel’s War of Independence in 1948. He heard the stewardess’ frightened message through the cockpit door, and made a split-second decision. Instead of complying, he sent the large passenger jet into a deep nosedive, sending all of the passengers and crew flying to the nose of the plane. As the plane plummeted through the sky, the chief steward on board, Shlomo Vider, charged at the terrorists and was shot several times. El Al knew that its planes were targets for terrorists and placed air marshals on each flight. Air Marshall Avihu Kol also charged the terrorists, killing Khaled’s accomplice and arresting Khaled.

With three other hijacked planes in the air, Israeli security issued an order to Bar Lev: “Come home" – return to Israel immediately. Yet Bar Lev was concerned about Shlomo Vider. He asked if there were any doctors on board. The only medical professional was a dentist. The flight was about five hours away from Tel Aviv. Bar Lev requested permission to land in London. His quick thinking saved Shlomo Vider’s life; when Vider was finally brought to a hospital in London, the doctors there later said he’d been just five minutes away from death.

Khaled was arrested in London but she was never tried. Britain released her three weeks later in a prisoner swap for passengers who’d been hijacked in the other three flights that same day. While she was in prison in London, Khaled wrote a letter to her mother, which was later included in British Prime Minister Edward Heath’s personal papers. She describes being treated well by British police, “as if I were an official state guest.” After being released, Khaled moved to Amman, Jordan, where she continues to reside, a free woman.

Almost immediately, Khaled was lionized in the West as a glamorous figure. She was widely depicted in a series of photos from a PFLP publicity shoot in which she’s wearing a keffiyeh scarf, cradling a machine gun, and wearing a ring that she liked to tell interviewers she made all by herself out of a grenade and a bullet. Many Western journalists lapped up the aura she created of a radical freedom-fighter. Her conventional prettiness only added to her allure

From the safety of her home in Jordan, Khaled continues to call for violence against Jews and Israelis. In a 2014 interview, she gave her opinion that the Second Intifada – in which over 1,100 Israelis were killed and over 8,300 were injured – was not violent enough. She called on people to “escalate” the violence, including “using arms”.

She supports the “Boycott, Divestment and Sanction” (BDS) movement aimed at isolating the Jewish state, but doesn’t feel it goes far enough. “BDS helps us to continue the struggle to isolate Israel,” she explained in a 2014 interview, but explained that what she really longs for is physical violence and harm against Israelis.

Anyone who supports such wanton murder has no place in civil discourse.

For fifty years, Leila Khaled has been lionized as a glamorous heroine. “She shattered a million and one taboos overnight and she revolutionised the thinking of hundreds of other angry young women around the world,” wrote British journalist Eileen MacDonald in her 1991 bestselling book Shoot the Women First.

It’s time to stop to this obscene lionization of a brutal terrorist. San Francisco State University should rescind their invitation to this terrorist and not give her the luxury of using their school as a platform to spread her odious views.

Write a polite letter to San Francisco State University to ask them to rescind Khaled’s invitation to speak. If you do choose to speak out, keep your message polite and civil. It’s crucial that we model polite, courteous, constructive speech.