Why Am I So Angry? How to Transform Difficult Feelings 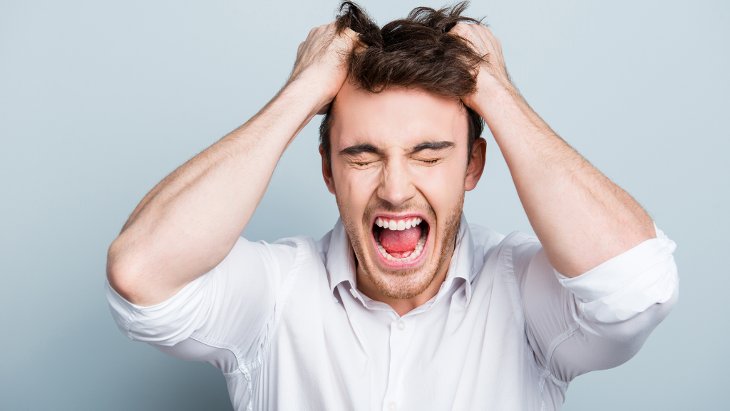 Every feeling has a powerful lesson to teach us something important about who we are.

Natasha was finding it harder and harder to control her anger with her two children, ages 6 and 8. Particularly, she found herself yelling at her older daughter way too often and her husband had begun to point it out to her. She was losing it and decided to take some parenting classes. The techniques she learned were very good but after three months of applying them, her anger was still out of control. She began feeling bad about herself and thinking she was a terrible mom. She was feeling hopeless.

Judaism takes a strong stand against anger because it is such a toxic and destructive feeling. Our Rabbis suggest many ways to control and reduce feelings of anger such as creating a picture of one’s self not getting angry and looking calm, reframing the situation, trusting more in God, and letting go of needing to control every outcome, to name a few. All of these are effective tools in dealing with anger in what I call, a decontextualized way; that is, they are universal remedies for treating anger in a generalized or generic way.

Exercising self-control when angry is critical in all situations. But the goal isn’t just to control our anger, it’s to understand the deeper meanings of our anger in order to transform ourselves. We do this by understanding the unique meaning of the feeling as it is experienced by us personally, in the unique context of our lives. This approach is called, contextualizing one’s feelings.

When we come to understand the unique meaning of our feelings we not only stand a chance of diminishing our anger, we gain a deeper and more expansive understanding of ourselves and our emotional world. With this expanded self-awareness new possibilities open up for becoming one’s best self. Feelings are information and every feeling has a powerful lesson to teach us something important about who we are.

The key to implementing a contextual approach to transforming difficult feelings is to ask questions that contextualize one’s emotional experience. Here are some examples:

How does this person I am presently engaged with remind me of someone in my past who first triggered this feeling?

When Natasha explored her anger contextually, she discovered some amazing things about herself and the unique meanings of her anger. First, she realized that she felt threatened and overwhelmed by the needs of her children, emotionally choked by their neediness. She felt angry that they needed her so much, which made no sense since she clearly understood that there was nothing unusual about their needs. Nonetheless, she resented them.

Second, when Natasha explored her past, she began to see the connection between her current anger and the bad feelings she had as child in her relationship with her mother. She remembered as a child being overwhelmed by her mother’s self-centered demands. Now as an adult, she began to understand that her mother had narcissistic tendencies that made her feel suffocated. She also saw that she was transferring her childhood anger at her mother onto her children because she had never resolved her anger towards her mom.

Natasha’s transformation of her anger from intolerable to tolerable demonstrates the power of contextualizing one’s feelings. If you’re struggling with a difficult feeling the relief you long for may be found by exploring the meaning of your feelings contextually.

Passover: Never Give Up Hope

Smile Though Your Heart Is Aching: Ethics of the Fathers 1:15
What Makes Eli Run?
The Tyranny of Materialism
Science Enters the Mysterious Inner World of Consciousness
Comments
MOST POPULAR IN Spirituality
Our privacy policy