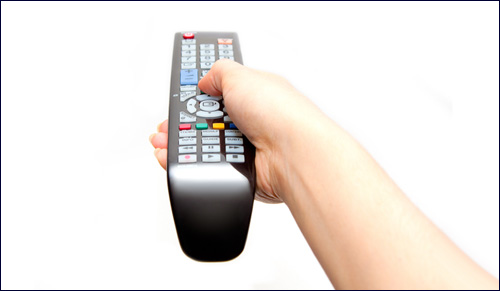 From the flashlight to the flexistraw, these Jewish inventions make life a little better.

Most MOTS know We Jews are an inventive, innovative group that can lay claim to life-saving, world-changing achievements in the arts, technology, medicine, space, literature, film … and language, of course. What other tiny group can kvell our “nobility” when it comes to winning the Nobel Prize alone? (Despite comprising only 0.25% of the world pop. 23% of all winners since 1901, or about 180 Jews have been so honored.)

These Jews creating household gems but they aren’t household names. Time to correct that.

Names such as Albert Einstein, Jonas Salk, Freud, Paul Ehrlich, Levi Strauss, Rosalyn Sussman Yalow are a tiny sampling of our group who made history, were honored, and whose contributions are taught in history classes.

As we know, Jews are also the brainkinder behind: the Cardiac Pacemaker, The Polio Vaccine, Chemotherapy, the Kidney Dialysis machine, cellular technology, the Microchip, Laser, and yes, even Google among many other vital inventions.

But what about Akiba Horowitz, Sylvan Goldman, and Maurice Levy, among hundreds of others? Who are they you ask? No they aren’t shul presidents? They were Jewish brilliant inventors who fooled around with everyday stuff that we can’t be without. Are there statues to them? Buildings named for them? But while some were patented, honored, and made massive gelt by creating household gems, today, they aren’t household names. Time to correct that.

The son of Russian-Jewish wine distillers, (born Akiba Horowitz, 1855–1928) he arrived in New York in 1891. As a youngster he attended Hebrew school, then became a partner in his dad’s business. Deciding to come to America, he passed through Ellis Island in 1891 and tried his hand at several enterprises. In the 1890s, one major interest was the development of what we know today as the flashlight (patent (No. 617,592). He turned his American Electrical Novelty and Manufacturing Company, into the Ever Ready Company famous for its batteries. The Russian immigrant who came with nothing, became a multi-millionaire after seeing the light.

The young genius would do well on Gefilte Tank! First generation American, the Ohioan, a son of Jacob David Friedman and Antoinette Grauer Friedman was already on the job by age 14. A patent king, his first, a better fountain pen, was issued in 1922 which he then sold to the Sheaffer Pen Company. In the mid-1930s. Seeing his young daughter Judith straw-struggle, he inserted a screw, and with dental floss, wrapped the straight straw in the screw threads. Voila, it bent! (Of course he removed the screw.) His initial patent for “The Drinking Tube” was issued in 1937. He got additional patents for construction and formation. As he couldn’t find an investor, he started producing his product himself, forming The Flexible Straw Corporation in 1939 in California. WWII halted his efforts until his brother-in-law and a family friend backed him. With his sister Betty’s business experience, the first flexible straw machine entered the market in the late 1940s. In 1950 the newly named Flex-Straw Co., took off! Now this is what I call turning spilt milk into major gelt.

Leave it to a Jew to notice people in his store shlepping goods and thinking: “This is meshugge … but more, they’ll buy more if they had something to shlep things in.” The genius who invented the shopping cart was “Syl” Goldman, born to parents Hortense and Michael Goldman, owner of a dry goods store, in what was then Ardmore, Chickasaw Nation (now, Oklahoma). After the First World War, he and brother Alfred partnered in wholesale food in Texas. Fascinated by a new concept-- a supermarket -- with different goods under one roof, they returned to Oklahoma and opened shop in Tulsa. It was a hit, and they expanded to 21 markets. They sold their company and in 1934, Syl bought the Humpty-Dumpty grocery chain, a company where Humpty not only fell off a wall, he laid an egg. Goldman, using savvy advertising then developed and patented the shopping cart in 1936. From the basket he made major gelt, adding the grocery sacker, the folding inter-office carrier, and the milk bottle rack. So next time you find yourself: A) getting heeled by a cart, or B) chasing after it as it’s heading toward a Caddy; remember, it could be worse. Thanks to Sylvan Nathan Goldman, at least you don’t need 20 trips or a back brace to shlep a carton of seltzer.

We Jews old enough to remember Molly Goldberg on TV, also remember having to actually get up! Imagine lying there, comfy, with a glass tea and the cushion with a perfect imprint of our head. Then, oy … something terrible happened. We had to go vertical and walk yet to change the station! Or worse make it louder for Bubbe! While Adler didn’t actually invent the first remote, the genius founded the technology to make it work for those of us for whom lying down should be an Olympic event. The Vienna-born inventor was the son of Max Adler, a social theorist and Jenny a doctor. Dripping with yichus, he received his Ph.D. in physics in 1937. After Hitler moved into Austria, Adler traveled to various European locations, then came to the United States where, starting in 1941, he worked with Zenith. All told he was granted 58 patents, but his most famous was the wireless TV remote improving upon an unsuccessful model. Adler used sound waves to transmit. His "Space Command," consisted of aluminum rods that were struck by hammers when initiated by the device’s buttons. He modified the model in the 1960s using ultrasonic signals. By the time he retired in 1982, he held the title of VP and Director of Research, earning numerous awards, including the Emmy for his invention. To Robert Adler we give The Golden Gefilte award for letting us develop strong enough fingers to grab a pound of lox from the back of the buffet.