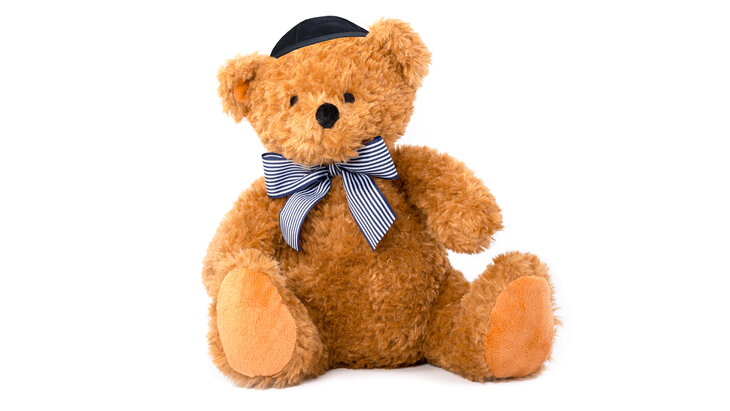 The Hanukkah Queen Who Saved the Jews

We can thank members of the tribe for many wacky, wonderful, important, life-changing inventions of the past 120 years. 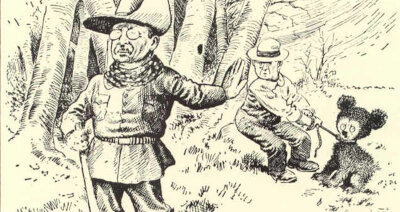 The political cartoon by Clifford Berryman that inspired the teddy bear.

Did you know that the teddy bear owes its existence to a Jewish couple?

Morris Michtom, a Brooklyn candy shop owner, and his wife, Rose, created a stuffed toy bear in honor of Theodore “Teddy” Roosevelt. It all began when Roosevelt went on a hunting trip in 1902 but failed to locate a single bear. His assistants reportedly cornered and tied a black bear to a tree for the American president to shoot.

A big game hunter, Roosevelt refused to kill the bear because it would be unsportsmanlike, according to the National Park Service. A political cartoonist turned the fateful hunting trip into satire. When the Michtoms saw the cartoon, they decided to make a new toy and call it “Teddy’s Bear.” Their invention was wildly popular.

Meanwhile, across the ocean, a German family named Steiff created stuffed toy bears with shoe-button eyes and an embroidered nose. 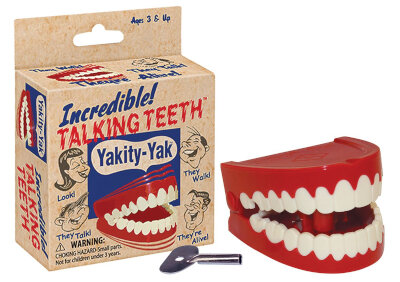 Thank another Jewish inventor for providing lots of laughs with his Yakity-Yak Talking Teeth. In the 1940s an ad for a false-teeth holder called a “tooth garage” amused Eddy Goldfarb. He imagined a pair of dentures chomping, sputtering down the road and parking in their proper place.

That image inspired Goldfarb to create a wind-up toy known as chattering teeth. When his gag chompers debuted in 1950, the packaging read, “Amazing! They Walk, They Talk, They’re Alive!” Even as a youngster in Chicago, Goldfarb was inventing toys and crafting action figures from the cardboard inserts in laundered shirts. 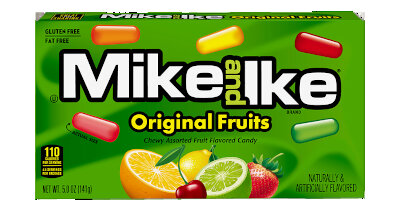 The novelty business also appealed to a candy maker born in 1891 who received his education in Berdichev, Ukraine, at the city’s rabbinical school. When Sam Born’s family moved to France, he landed a sweet job in a candy store and learned the business.

In 1910 Born emigrated to the U.S. and was responsible for many innovations including the technology to produce chocolate sprinkles, known as Jimmies; the hard chocolate coating used for Eskimo Pies; and was given the keys to the city of San Francisco in 1916 for inventing a machine that mechanically inserted sticks into lollipops called the Born sucker machine.

He began to manufacture candy in 1923, calling his company Just Born because the products were so fresh. His company created Mike and Ike, Hot Tamales, and Peanut Chews, earning him a spot in the Candy Hall of Fame. 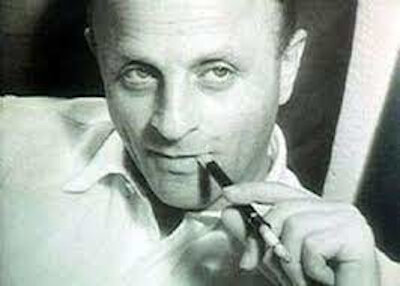 Laszlo Biro, a Hungarian-Argentine inventor, came up with the idea for the modern-day ballpoint pen. He worked as an editor for newspapers in Hungary and had a problem with ink from fountain pens, which smudged and took a long time to dry. Meanwhile, he noticed, the ink in newspaper printing presses didn’t smudge and dried quickly.

He tried putting the same ink in a fountain pen, but couldn’t get it to flow into the tip. So Laszlo Biro worked with his brother, a chemist, and developed a new tip with a ball that moved freely in a socket. The Biros presented the first working ballpoint pen at the Budapest International Fair in 1931. 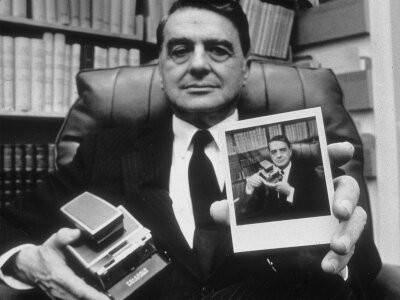 Edwin Land, cofounder of the Polaroid Corporation, made it possible for pictures to be taken and developed almost immediately. In 1947 he demonstrated the Polaroid Land Camera, which could produce a finished print in 60 seconds. Land’s photographic process soon found many applications in business, science and the military. Before he died in 1991, the New Englander had received more than 500 patents for his innovations in light and plastics. 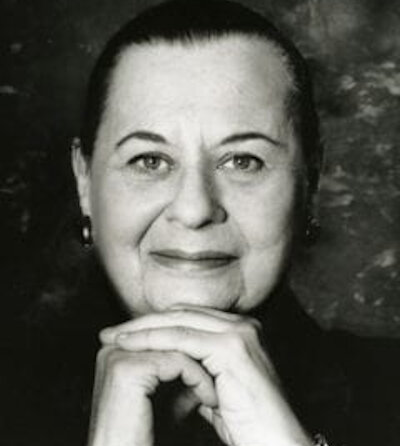 Pioneer Evelyn Berezin was born in New York in 1925 to Jewish immigrants from Russia. She designed the first true word-processing computer. She also developed the first automated airline reservation system. United Airlines put her invention into service in 1955. It served 60 cities throughout the United States with a one-second response time and with no central system failures in 11 years of operation, according to the Computer History Museum.

Berezin received her BA in physics from New York University in 1945 and an Atomic Energy Commission fellowship for graduate study there in 1946. Her interest in physics stemmed from reading her brother’s science-fiction periodicals.

Credit engineers at Motorola’s Israel research and development center for coming up with the original cell-phone technology. “From the tool that guards your mobile identity to a new keyboard solution, Israeli expertise keeps your phone from getting bigger yet staying cutting edge,” according to ISRAEL21c. 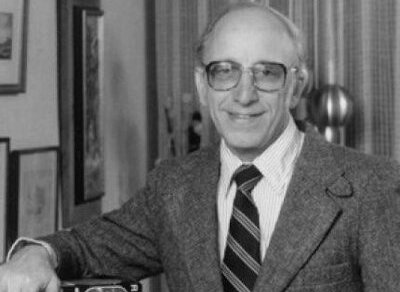 Who can believe that video games already have been around for 50 years? Ralph Baer, whose family fled Germany just before World War II, helped pave the way for the game systems we know today. The Jewish engineer began to investigate how to play games on a television in 1966. Then he and two colleagues created several test units. The result was the Brown Box, a prototype for the first multiplayer, multiprogram video game system. Baer licensed it to Magnavox, which released the design as the Odyssey in 1972. 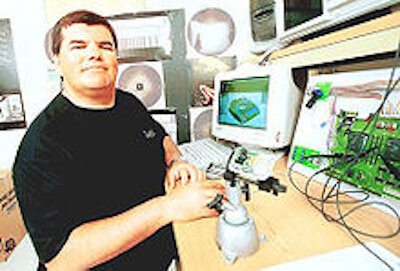 Remember life before smartphones and selfies? Baby Boomer Philippe Kahn does. He was born in Paris in 1952 to Jewish immigrants of modest means. His mother was a Holocaust survivor. The birth of his daughter in 1997 triggered the birth of a new technology. Kahn wanted to take a picture of the baby and send it to friends directly from the hospital. While in the waiting room, he succeeded! He fired up his computer, wrote some lines of codes, synchronized them with his Motorola mobile phone and digital camera and created the world’s first camera phone. 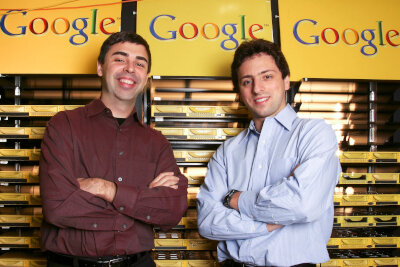 Larry Page and Sergey Brin, now Silicon Valley billionaires, developed Google as computer science graduate students at Stanford University. Page envisioned a World Wide Web search engine that could rank hyperlinks based on how often other pages linked them. Brin helped turn the idea into PageRank, the algorithm foundation of Google Search. The product went live on Stanford’s network in 1996.

Jewish minds have created many more inventions that touch our lives, from cherry tomatoes to the remote control. But that’s another story. 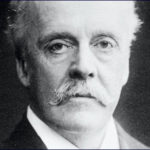 The Balfour Declaration: 5 Things You Need To Know7 min read 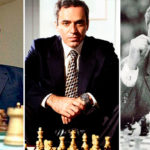 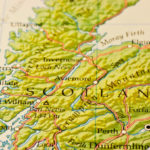 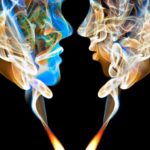 By Air, Land, and Sea: Aliyah under the British Mandate1 min read