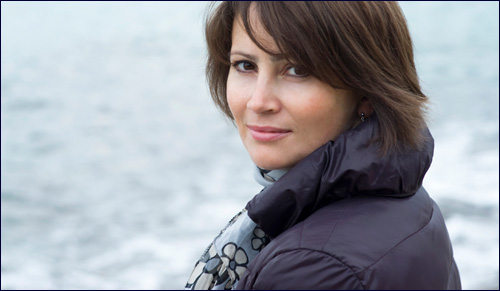 How I learned to stop blaming myself and rewrite my script.

My downhill slide began after I was raped at age 15. The repercussions of that devastating event didn't hit me right away. I was a pretty tough teenager who thought she was hip and cool, so nothing should have fazed me.

But this did. I was jarred out of my 'coolness' into a sad, paranoid mode where I just wanted to run away and hide from the world, from men and from myself.

I didn't tell anyone. At the time I thought, how could I? It was my fault that I'd hung out with this guy, that I'd even agreed to meet him that night, that I'd initially been attracted to him. This wasn't a back-alley, knife-at-my-throat incident. I ignorantly believed that what happened was all my fault. For all my 'cool hipness' I was very naive in this area, which had left me vulnerable to the possibility of being hurt so horrendously.

Eating myself up with recrimination and regret, I became a depressed recluse.

My inner core was violated and I didn't know where to turn. Eating myself up with recrimination and regret, I became a depressed recluse. A previously active teenager who always argued with my parents for a later curfew, they now couldn't get me out of the house. During the day, I dragged myself to school dressed in baggy, black clothes, smoked pot, slept through classes, and started failing. In my mind, the movie was constantly re-running the scene of my desecration, feeling the physical pain and mental anguish over and over again anew. The thoughts of dropping out and committing suicide were my constant companions.

Months later I saw my name scribbled on the wall of one of the lavatory's in my high school. The writing said, “Naomi is burnt out.” I furiously erased my name. The next day, there was something new written on the same wall: “Naomi sucks!”

I stared uncomprehendingly at my name. Who would write this? Who was this insensitive tormentor adding to my inner turmoil?

I felt as if the real me was buried alive somewhere under all this self-imposed dark, heavy rubble, exiled in a black cave of bitterness and despair. I was suffocating and I had to get out and start breathing fresh air again. I needed to get help.

Two years later, I was sitting in a circle surrounded by a group of women interested in training to be rape-crisis counselors. One by one, each woman offered her reasons for participating in this five-month program. It was almost my turn to speak. I wanted to say that it was important to be there for someone, to be able to share their pain and lessen the burden they were carrying by themselves. They shouldn't have to feel alone, eating themselves up forever, like I'd been doing.

That's what I wanted to say, but the words got stuck in my throat. All I could do was heave out these wrenching sobs. The facilitator put her arms around me as I continued to weep. I'd finally found a safe, supportive place to divulge my dark secret and let it out into the light of day. Once the story was outside and removed some distance from myself, I could examine it more objectively and learn to view it as a bad experience that no longer had to possess my spirit and negatively dominate my self-image.

It wasn't something I was likely to forget about, but it didn't have to darken the rest of my life.

I embarked on a long, slow therapeutic process of rewriting the script that enabled me to survive. I realized I could choose to no longer view myself as a 'rape-victim.' I could let go of the trauma, leave it behind me and go on. I didn't have to carry this weighty verdict of “victim” my whole life. It wasn't something I was likely to forget about, but it didn't have to darken the rest of my life.

It wasn't just rewriting the script; it was choosing to go back to who I was to begin with – a positive, vivacious, life-loving person. I had to reacquaint myself with the part that got lost in the pain and find the young girl that went into hiding. I had to reassure her a lot—that I'd be more cautious, careful and selective about whom I chose to be around, how I would spend my time, what I would do with my life. And I would protect myself from getting 'victimized' again. For one thing, I wasn't going to just have casual boyfriends. All my romantic idealism had been destroyed. If I ever healed enough to trust again, then I would look for one person to share my life with in a committed, permanent relationship, someone that my soul would consider safe.

I underwent a lot of changes from the time of the trauma at age 15 until the crisis counseling course when I was at 18. There was a brief period when I became anorexic, grateful that I no longer menstruated and no longer had a woman’s body, thinking that this would protect from unwanted attention. It was a desperate way to heal, and one I thankfully abandoned. Eventually I stopped partying, smoking, drinking and hanging out with the fast crowd. I started exercising regularly, became a vegetarian and eating healthy food. I got back into my studies. I went to summer school so that I could graduate a year early, get away from the high school scene, go to university and make new friends whose lives encircled bigger concerns beyond drugs and rock music.

The rape crisis training helped me tremendously. I learned that I was not alone. I learned about “date-rape.” Females of all ages, including children, hurt by people they know – family, neighbors, acquaintances, office workers, and “dates” – men they thought they could trust. Victims of date rape suffer physical and mental trauma that can include overwhelming feelings of humiliation, embarrassment and defilement, and of course, constantly blaming themselves for the evil perpetrated on them.

I learned that for years I’d suffered the symptoms of post-traumatic stress syndrome. But I could heal. This training was the therapy I'd never received.

The facilitator didn't think I was emotionally ready yet to help other women in crisis, and I knew she was right. But I grew from the experience and felt much stronger, more whole as a person. I was even able to envision a normal life in the future with marriage and children, a goal that infused me with hope and kept me going. It didn’t matter that no one I knew at university was thinking about getting married and having kids, I knew this would be right for me.

The autumn after the training, I was diagnosed with cancer. In my mind, the devastation on my physical, mental, emotional and spiritual being was clearly related. When I awoke from the biopsy and was able to speak, the first thing I told my parents was what had happened to me three years earlier. Too much damage had been done by bottling everything up and I wouldn't let that happen again. I wasn’t going to allow pain and anguish torment me alone, festering inside. Healing from cancer was going to include healing from everything else that had happened.

I wasn’t going to be a silent victim again.

I wasn’t going to be a silent victim again. Instead I cried and laughed, sang and danced, wrote and reached out, and talked and talked, not keeping anything in.

When it was just me lying there in the hospital bed in agony after operations and treatment, I knew I was ultimately alone; no one can be totally there for you. That's when I learned to turn to God Who is always there. That's when I discovered the power of prayer.

And people were wonderful. I reached out and they responded to my openness about my illness. Friends called, wrote, visited. Having cancer turned into an amazing healing experience of connection and oneness with others and with God, sharing the fear, not keeping it trapped inside. I wasn't going to go it alone again.

I worked hard on rewriting that victim mentality script. There were new refrains that ran through my head: win, conquer, overcome, connect, strength, wellness, healing.

Thank God, I was eventually able to put that cancer chapter behind me. I was no longer sick and I was determined to think in positive ways that promoted health and wholeness. I met my husband. We became religious together and moved overseas to Israel. New chapters of a good life that I would never have imagined possible all opened up.

There is magic in the liberating sense of well-being that comes from rewriting our own personal narrative, choosing to focus on all the good in our lives.

I could still be stuck somewhere back in the abyss that I buried myself in decades ago. Sometimes I can hardly believe that I am still here and didn’t end my life when the world was so dark. I am alive and can get up with the energy to appreciate each new day.

I’m grateful to God for helping me rediscover and reclaim my essence and climb up back into the light.

Naomi Freeman is a freelance writer and support counselor for women in crisis. She has been living in Jerusalem with her husband and children for over thirty years.

Daredevil on the Bridge
The Promise Of The Land
Which Chat Are You On?: Parshas Behar/Lag Ba’Omer
Do You Like Slow-Cooked Food? Thank the Jews
Comments
MOST POPULAR IN Spiritual Odysseys
Our privacy policy