Michael Jackson and My Yarmulke 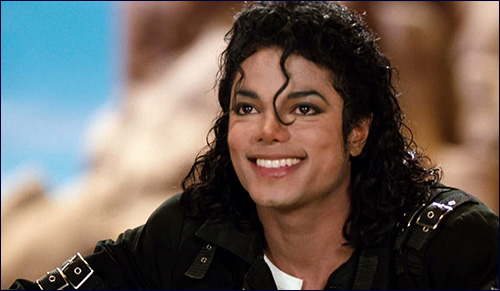 It was a warm spring day in 1993, in Hollywood, California. I was 14 years old, headed to one of my favorite haunts, the Golden Apple Comic Shop on Melrose. Back then I was an avid comic book collector and I needed a fix every couple of weeks. As I walked through the door, something was different. There was a charge in the air. I looked around unsure what was going on. The place was mostly empty, except for several men in dark glasses who were positioned throughout the store. Everyone was focused on someone in the back.

I craned my neck and could not believe who I saw. I was actually in the store with Michael Jackson! I quickly glanced at the guy behind the counter who nodded his head at me to confirm. I wasn’t about to let this opportunity slip past. 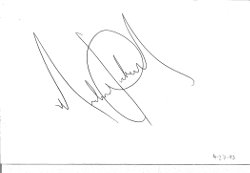 I tried to play it cool. Here I was, this lanky Jewish kid in high tops and a yarmulke, standing before the king of pop. I took in his famously eccentric attire, the fedora and the bodyguards. “Are you Michael Jackson?” (I figured it was a good opener.) When he responded that he was, I went straight for the gold, asking him for his autograph. He politely obliged, scribbling his moniker on a cardboard comic book protector I had hastily grabbed off a nearby table.

“Why do you wear a yarmulke?” Michael asked.

I thought the encounter was over but then he caught me off guard. “Can I ask you a question?”

“Yes,” I answered, wondering where this was going.

“Why do you wear a yarmulke?” Michael asked.

We shared a shy, sort of sheepish smile together at his knowledge of this insiders-only word, and I tried to think of an appropriate response. I drew on my 14 years of Jewish upbringing and education to muster up the best response I could think of. “We put a yarmulke on our heads to remind us always that there is One above us, and no matter how great we are, He is greater.”

He nodded, accepting the answer, and said it was very nice, but it was hard to tell what he really thought behind those impenetrable sunglasses. After some small talk and a handshake, I left the store, excited about my newly acquired autograph.

The next day in school, all I could talk about was meeting Michael Jackson, and my awesome new autograph got passed around among all my friends.

Years later, a friend pointed out the powerful symbolism: I advised Michael Jackson, who was one of the most famous and successful people in the world, at the height of his career, to be humble and to remember that there was One above him Who was greater than he. Without really meaning to, I told the King of Pop that he wasn’t the King of the universe.

Looking back on the story, I realize that the concept goes even deeper. The yarmulke sits on the head, above the brain. It’s there to remind us that even the things we’ve accomplished with our brains, things we should rightfully be proud of, should not cause us to be haughty because our Creator above is the One who made it all possible. Our brains are responsible for our creativity, our PhDs and Nobel Prizes, our works of art and our literary masterpieces, and yes, our musical hits. But without the Almighty’s help, none of it would be possible.

In fact, the very word “yarmulke” is a combination of the Hebrew words “Yarei Malka,” which translates to “Awe of the King.” Yes, I have a good mind and I’ve accomplished much in my life, but I must remember that it’s all a gift from Above.

Michael Jackson’s question got me thinking and all these years later it’s still on my mind. So M.J., thanks for asking.

Rabbi Mayer Fuchs grew up in Los Angeles, C.A. and came to Israel at the age of 18. After studying extensively at several Jerusalem yeshivas, he earned his Rabbinic Ordination from Rabbi Moshe Shternbuch chief Rabbi of the orthodox community of Jerusalem. Rabbi Fuchs then published "Shulchan Mayer" a study guide for rabbinical students. Currently in the Ner Le'Elef outreach program and a full time student of the Mir yeshiva, Rabbi Fuchs resides in Jerusalem, with his wife and young children.

Friday the Rabbi Got Hijacked

My Thirst for Spirituality
How This 6 Generation Bread Baker Brought Back Israel’s Ancient Grains
Olivia Newton John’s Grandfather was a Nobel-Prize Winning Jewish Physicist
Don’t Believe in Other Gods Versus God is One
Comments
MOST POPULAR IN Spirituality
Our privacy policy
Aish.com Is Looking for Great Writers