Magnify Your Genius: Michael Jordan and Staying in Your Strength Zone 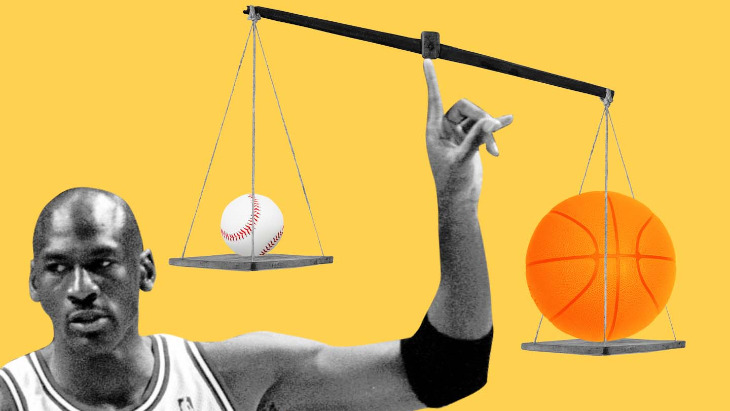 Instead of push out of your comfort zone, the most successful people push themselves within their strength zone.

In 1993, Michael Jordan retired from the NBA and attempted to play baseball. He was in his basketball prime and had just won three straight championships with the Chicago Bulls, but he wanted to do in baseball what he had already accomplished in basketball. He had always had a lifelong dream of playing in the major leagues and, with his father’s untimely passing, he felt compelled to now chase that dream.

Over that year, Jordan proved to be a mediocre baseball player at best. He was an average hitter and, despite his legendary work ethic, was seen to have only a modest upside in the sport. After that one season, Jordan returned to basketball and proceeded to win three more NBA championships.

Marcus Buckingham, in his book StandOut 2.0, uses the story of Jordan’s failed baseball career as an example of a common mistake many people make. For years, conventional wisdom has claimed that your weaknesses represent your greatest opportunity for growth. As a result, the advice given is to work hard and fix your weaknesses to increase your chances of success.

But Buckingham challenges that assertion. In another of his books, Go: Put your Strengths to Work, Buckingham suggests that instead of growing most in your areas of greatest weakness, you are much more likely to grow in your areas of greatest strength. He writes, “If you take nothing else away from this book, take this: You have development needs – areas where you need to grow, areas where you need to get better- but for you, as for all of us, you will learn the most, grow the most and develop the most in areas of greatest strength. Your strengths are your multiplier. Your strengths will magnify you.”

According to Buckingham, while conventional wisdom says to push yourself out of your comfort zone, when you study the most successful people, you find something quite different: “They push themselves within their strength zone.” Or, as Curt Liesveld, a renowned consultant once wrote, “You cannot be anything you want to be, but you can be a whole lot more of who you already are.”

“You cannot be anything you want to be, but you can be a whole lot more of who you already are.”

Michael Jordan moved out of his strength zone and quickly learned how average his performance became. Once he returned to basketball, he was a new and better player. Phil Jackson, the Bulls’ coach, was quoted as suggesting that Jordan’s time away from the sport had taught him a great deal about his strengths and about how to magnify his genius. Jordan returned a more passionate, focused, and exceptional player. He was now playing to his strengths.

Of course, this doesn’t mean ignore your weaknesses altogether. Tom Rath, author of Strengths-Based Leadership, writes that if you focus on your weaknesses, you lose confidence. But if you work to your strengths you not only set yourself up for faster success, you create a “motivating positive loop” that sets you up for ever more success. Rath suggests spending 75% of your time on your strengths and 25% addressing your weaknesses.

Every person with his own set of skills, talents and strengths, has a personal pathway to greatness. Harness those strengths, refine them and cultivate them, and that path becomes more obvious and more accessible.

The sooner we identify our “Strength Zone” and continue to improve in that area, the faster we will create our own “motivating positive loop” and the more successful and productive we will be in life – at home, at work and in the community.

Climbing Our Own El Capitan

The Angel of Death Visited Us this Passover

I'm Sorry
Blocked Goals and Anger
Why the Mezuzah is Placed on a Slant
Faith: the Axis Upon Which the Wheel of Science Turns
Comments
MOST POPULAR IN Spirituality
Our privacy policy