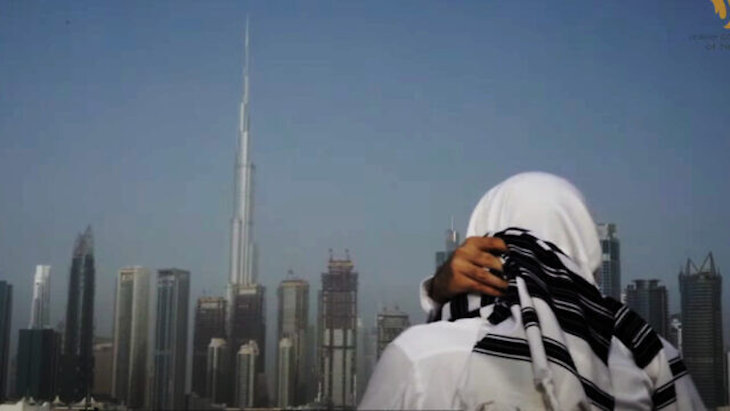 UAE and Israel reach a historic accord to normalize ties between the two nations.

In recent years, these emirates have become increasingly tolerant towards Jews, and Jewish life is flourishing in the region once again for the first time in centuries. Here are seven key facts about the UAE and the Jewish community.

The area that today forms the seven emirates of the UAE was once home to a Jewish community. In the 12th Century a Jewish sage living in Spain, Rabbi Benjamin of Tudela, undertook a massive decade-long trip throughout the Middle East, visiting Jewish communities in the Land of Israel and elsewhere. He visited Ras Al Khaimah, which is today one of the seven emirates in the UAE, and which has the longest history of habitation in the country.

There, he was welcomed by Jews living in a town called Kis. Though no trace of the town nor the Jews who once lived there remain today, Rabbi Tudela’s account is a valuable record of Jewish life in the Arabian Peninsula.

The UAE gained independence from Britain in 1971, and has been plagued by human rights abuses. Capital punishments and harsh corporal punishments are common, and the seven emirates uphold an uncompromising brand of Sharia law. Islam is the official religion of the country. Human Rights Watch, an organization that monitors human rights worldwide, notes that “the government continues to arbitrarily detain and forcibly disappear individuals who criticize authorities” and that foreign workers have few rights. The UAE also participates in Saudi Arabia’s fighting force taking part in Yemen’s civil war and “has conducted scores of unlawful attacks in Yemen”.

For years, Israelis were formally barred from visit the UAE, and even non-Israeli Jews reported feeling uncomfortable visiting the emirates. However, as the UAE developed its infrastructure and industry, they quietly turned to some Jewish scientists for assistance. Historian Judith Friedman Rosen notes that her father, Gerald Friedman, was a German Jewish Holocaust survivor who moved to Israel and became a leading petroleum sedimentologist. Despite the UAE’s formal ban on admitting Israelis, Friedman was allowed to work and conduct research in the emirates. He wasn’t the only one, Rosen observes: “Historically, the UAE has quietly welcomed Israeli and Jewish experts in agriculture, agronomy and water for decades.”

The UAE has grown in prominence and population since gaining independence, and in recent years has emerged as a major international tourist destination. The Louvre Museum in Paris even has a branch in Abu Dhabi now. In 2010, New York University opened a campus in the country. As more and more international travellers and business people flock to live and work in the UAE - people from over 200 nations now call the UAE home - a small but thriving Jewish community has sprung up. Hundreds of Jews now live in the emirates.

New York businessman Eli Epstein has been travelling to Dubai for work for over thirty years. In 2018 he told Bloomberg News that back then he “was told to try to avoid using my last name because it sounded too Jewish.” Today however, Epstein explains, “We’ve come a long way” in terms of Jews being accepted in the UAE.

For years, Epstein and other Jews living in Dubai gathered in one another’s homes to hold Jewish services. In 2015, they rented a house to function as an unofficial synagogue. The house provided a roomy space for services, a kosher kitchen, and a few rooms so Jews who lived too far away to walk could stay over Shabbat and holidays. Though the Jews didn’t mark their building in any way and kept relatively quiet about this unofficial synagogue functioning in the Muslim UAE, in recent years they’ve felt confident enough to be more open in their observance. In 2018, Eli Epstein even donated a Torah scroll to the unofficial synagogue - and spoke with reporters about this gift.

David Zabinsky moved to Dubai from the US in 2015, and recently told the Saudi newspaper Al Arabiya that he’s learned about his Jewish religion after joining the “flourishing” Jewish community there. He’s begun celebrating Shabbat and Jewish holidays. “Ironically enough, and perhaps beautifully, it’s taken me moving to Dubai to become a more observant Jew than I ever was in the US,” he notes.

In 2019, the UAE got its first ever Chief Rabbi. The tightly controlled country granted that title to Rabbi Yehuda Sarna, the University Chaplain and Executive Director at the Bronfman Center for Jewish Student Life at New York University (NYU). 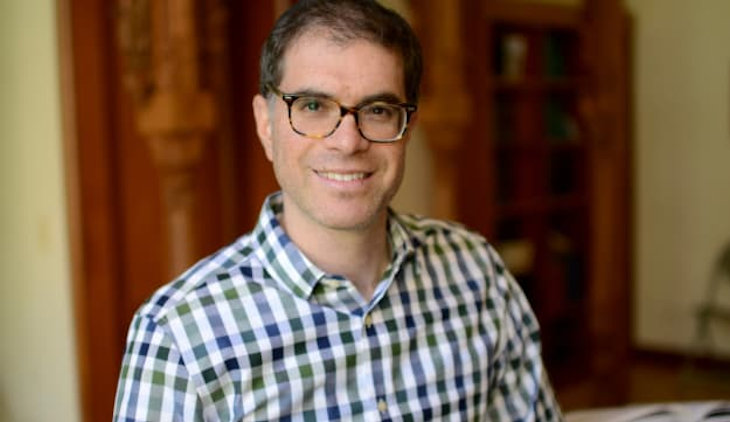 As the leader of Jewish life at NYU, Rabbi Sarna was first invited to visit the UAE in 2010 when his university opened a branch there. At first, he was skeptical. “When it was suggested in 2010 that I start visiting NYU in Abu Dhabi (in the UAE), where we also have some Jewish students, I said I’ll go only if it’s safe enough for me to go dressed the way I dress,” as an Orthodox Jew, he recalled. “They said come, and I walk around there with a kippah and tzitzit. I’ve gone every year...twice a year exactly as I am now” and has not had any problems.

Rabbi Sarna’s duties as UAE Chief Rabbi include travelling several times each year to the UAE and helping the Jewish community there thrive. It’s a voluntary position and Rabbi Sarna sees great opportunities there. “What we see is the first emergence of the first new Jewish community emerging in the Arab world for centuries,” he observed.

Despite the tolerance many Jews have experienced in the UAE, troubling instances of anti-Semitism occur there.

In 1999, a British University with an outpost in the UAE, the University of Lincolnshire and Humbershide, revealed that they’d been banning books that mentioned Jews from their UAE campus. Any book by a Jew - as well as any book that mentioned Jews in their bibliographies - were banned from the school’s UAE campus. “There is a small amount of censorship which applies to all universities in the UAE,” a university official explained, and Jews were considered persona non grata in the Muslim state.

That same year, the British Council, a government-run organization promoting British culture overseas, also admitted that their libraries in the UAE similarly censored any mention of Jews. They were merely cooperating with “local political, religious (and) moral publishing laws” by removing books that mentioned Jews from UAE libraries, they explained.

In 2000, Harvard Divinity School accepted $2.5 million from the Zayed Center, a research organization founded by Zayed bin Sultan Al Nahyan, the dictatorial late ruler of the UAE (and the father of the current ruler, Khalifa bin Zayed bin Sultan Al Nahyan). The Center which bore his name was meant to promote education about Islam and religious dialogue. Three years later, a Harvard Divinity student named Rachel Fish researched the Zayed Center and led a call for Harvard to reject the funding and the Zayed Center’s odious, anti-Jewish statements.

The Zayed Center ran programs with titles such as “Zionist Collusion with the Nazis” and “Jewish Control of the American Government and Media.” Its executive director called Jews “the enemies of all nations.” The Center issued a report stating the lie that Zionists, not Nazis, were responsible for the Holocaust. The Center donated money to notorious anti-Semites, including Thierry Meyssan, the French writer who claims that the USA orchestrated the September 11 attacks. Sheikh Zayed’s wife donated $50,000 to a Holocaust denier. Eventually, Harvard rejected the funding and Sheikh Zayed ordered the center closed. 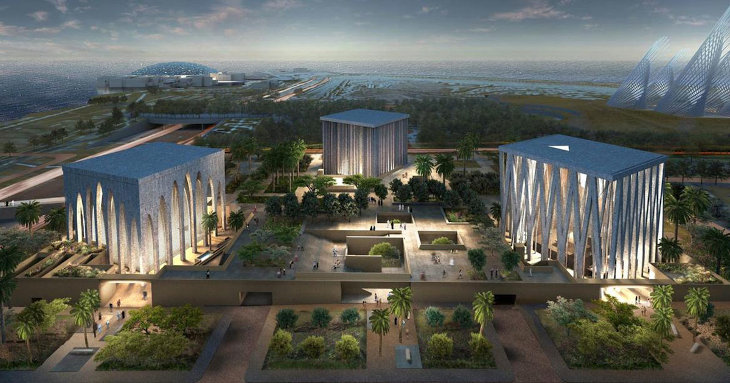 The UAE designated 2019 a “Year of Tolerance” in the country. A series of interfaith events brought Christians, Muslims and Jews together across the country. The Muslim nation even hosted a major international conference on battling anti-Semitism, and encouraged participants to sign a pledge to fight anti-Jewish hatred. In 2020, this was followed up with a major announcement: a new Abrahamic House of Fraternity would be built in Abu Dhabi, to be completed in 2022. This compound would include space for a synagogue - the UAE’s first official synagogue in living memory. 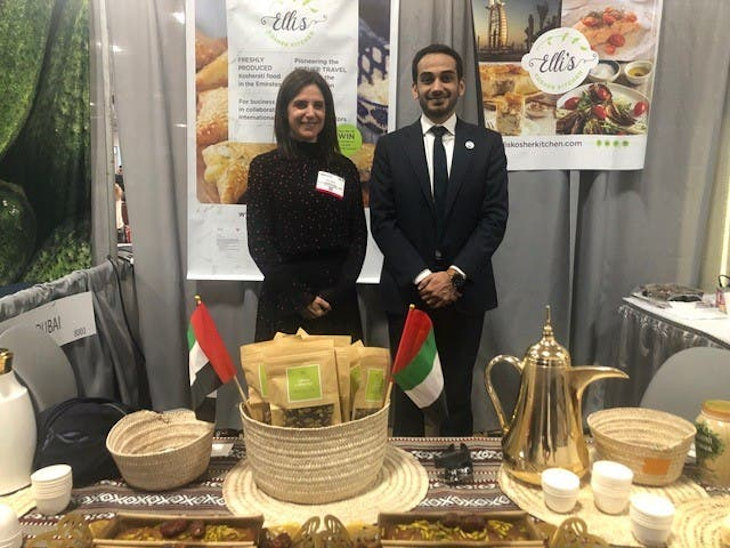 This high profile recognition of the UAE’s Jewish community also provided the impetus for another first: the establishment of the first kosher catering business in the Arabian Peninsula, Elli’s Kosher Kitchen, set up in May 2020. Elli Kriel, originally from South Africa, moved to Dubai in 2013 when her husband took a job there. She’s cooked kosher food for visiting Jewish travellers for many years. Now, after the Year of Tolerance, she felt brave enough to publicly open a kosher business. “I realized there was an opportunity to do more and in a very adventurous moment, I decided to take the plunge,” she explained. “The simultaneous recognition of our (Jewish) community also bolstered my confidence. I don’t think it would have done it before then.” https://english.alarabiya.net/en/features/2020/05/28/First-Jewish-kosher-service-launches-in-UAE-making-Gulf-food-history-

Kriel’s customers aren’t only Jews. She notes that kosher food is acceptable to eat by religious Muslims, and she’s found a welcoming embrace from the UAE’s Muslim consumers, as well as her fellow Jews. She recently offered a Ramadan menu to Muslim customers, and has been selling food to a diverse range of expats living in the UAE. She’s also working on a new cookbook, reimagining traditional Emirati dishes for kosher cooks.

On August 13, 2020, Israel and the United Arab Emirates revealed a major surprise peace plan that would lead to “full normalization of relations” between the two nations. This would make the UAE only the third Arab nation after Egypt and Jordan, to sign a peace treaty with Israel and formally recognize the Jewish state.

“This deal is a significant step towards building a more peaceful, secure and prosperous Middle East, Pres. Donald Trump explained when the unexpected agreement was announced. “Now that the ice has been broken, I expect more Arab and Muslim countries will follow the United Arab Emirates’ lead.” 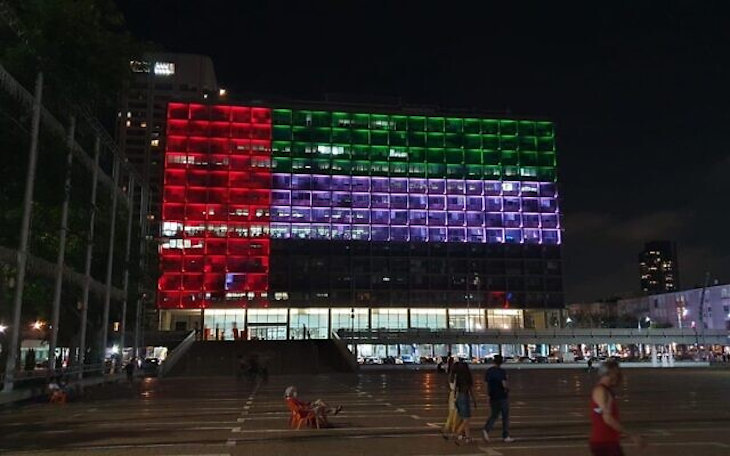 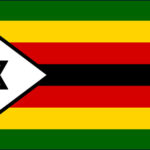 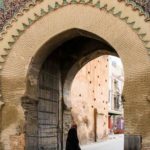 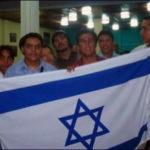 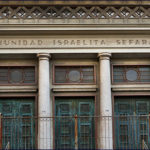 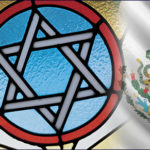 Surprising Facts about the Jews of Mexico7 min read