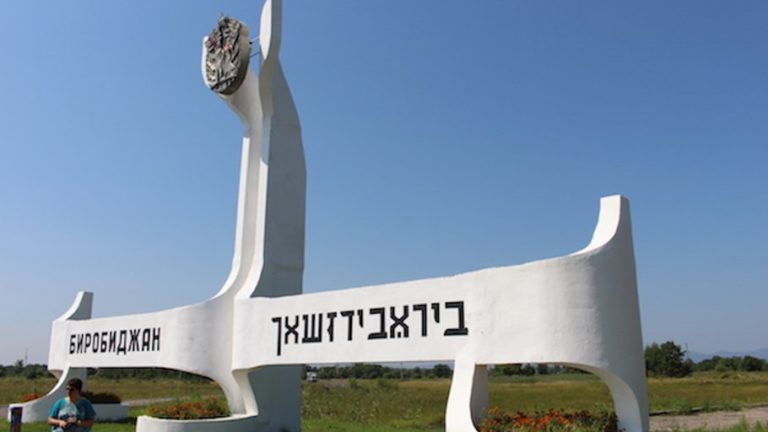 Since 1948, Israel has been the official homeland of the Jewish People. Our desert country (despite being perhaps the only spot in the Middle East with no oil), was of course no accident. Israel or Eretz Yisrael, also referred to as the Promised or Holy Land has deep biblical, religious and historical roots. Our claim to this area is based on at least three premises: 1.) The Promised Land, according to the Torah, was given by God to Abraham and his descendants. In modern times, this promise relates as well to our salvation and liberation; 2.) The U.N. granted sovereignty in Palestine to the Jewish people; 3.) We Jews settled and developed the land, making Israel, not only civilized and habitable but world leaders in science, technology, and innovation.

However, did you know that there were at least two other attempts to establish an autonomous Jewish State?

Birobidzhan is the administrative center of the Jewish Autonomous Oblast

Imagine making a Sukkah in -18 degrees Fahrenheit. Or how about getting a gezunta tongue sandwich with a pickle near the end of the world?

Yet such a place sort of exists in the Russian Far East. Birobidzhan is the administrative center of the Jewish Autonomous Oblast, located on the Trans-Siberian Railway near the China-Russia border. The whole region of about 14,000 square miles is largely a frozen wasteland, which for good reason is largely short on freezing people.

Would We Jews choose a “homeland” whose major attraction might be Kung Pow Kugel? Of course not!

Who would? Stalin. (Who else?) The dictator created this first Jewish autonomous region, also called Red Zion, in the early 1930s as a Soviet alternative to British Mandatory Palestine. Stalin “put” us in this remote uninhabitable, rocky swampland, with no shelter, roads or even land to grow a potato, to strengthen the southern border with China following the Sino-Soviet conflict of 1929. Why Jews? Gelt. He wanted to cozy up to overseas Jews and attract investment. In addition to Jews from the Soviet Union, early settlers, eager for a “safe” Jewish homeland, also came from such disparate places as Argentina and even Palestine itself. It did manage to attract a few prominent Jews in its heyday – including Yiddish poet Peretz Markish.

With a max Jewish population of about 75,000, this strange place never really caught on with us: a people who: 1) “Button Up” at less than 71 degrees; and 2) weren’t fond of Stalin’s purges. In the late 1930s and despite another influx of Jews following World War, it was again hit by Stalin’s growing anti-Semitism in the late ’40s. Soviet leaders decided that Yiddish and Jewish autonomy wasn’t a good fit with a united Soviet front, and many of the region's leaders were murdered. Birobidzhan was virtually over before it started.

However, did you know that its unique cultural history still fascinates? Birobidzhan attracts foreign researchers and artists interested in Yiddish and Ashkenazi culture.

The official language was and is Yiddish including an early Yiddish newspaper, the “Birobidzhaner Shtern” as well as a Yiddish theater. By 1939, almost 18,000 Jews lived in the region.

Today, upon disembarking the Trans-Siberian Railway in Birobidzhan, you’ll see a large Yiddish sign atop the train station. Get off the train and you’ll be greeted with monuments to early Jewish inhabitants. You can also do a walk-about on “main street” named for Sholem Aleichem. All the street signs are in Yiddish, and Jewish symbols, for example, a menorah, pepper the town.

Even today, there are ardent revivalists that include individuals, local government and various Jewish agencies that are trying to “make Birobidzhan Jewish again.”

Will it last? There is serious talk about a merger of the Oblast with the large neighboring region of Khabarovsk Krai. Will a Yiddishe area win the day?

A NOBLE IDEA BY A MULTI-TALENTED MESHUGGENER THAT FAILED

The dream? A Jewish Colony almost 100 years before Theodor Herzl.

The Location? Buffalo, New York, 1825. It was a bit warmer than Birobidzhan, but also not densely populated. (However, if bored, one could always barrel over Niagara Falls.)

The multi-faceted “meshuggener” who thought of this “utopia” for Jews? Mordecai Manuel Noah.

Noah, who was born in Philadelphia in 1785 and raised by his Ashkenazi paternal grandparents preferred to promote his Portuguese origin (via one maternal zayde) to be a bigger hit with the “more elite” Jews of his time. Throughout his life, Noah was, among other things, a patriot, sheriff, lawyer, journalist, military man, playwright and utopian.

About a few of his skewed hats:

Patriot: Presenting himself as both a proud American and a self-respecting Jew, at age 28, working at the Department of State, President James Monroe appointed him the American consul in Tunis. His assignment was to secure the release of hostages captured by pirates protected by the Tunisian government. Apparently, he offered an over-blown ransom. When questioned by his State Department superiors, he simply explained that it was his Jewish ideal of “Redemption of Captives” that moved him. When they weren’t “moved,” he boldly explained that president Monroe might be a bit of an anti-Semite. His diplomatic career ended a little soon.

Okay, So Neil Simon He Wasn’t: A prolific, if not terrific playwright, his plays, like She Would Be a Soldier (1819), reflected his patriotic zeal. However, unlike some of his other ventures, his scribbles met with bad luck and generally not-such-great reviews. The night his The Siege of Tripoli was supposed to premiere, the theater burned down (Noah donated the box office to the actors) and in the Grecian Captive, the elephant upon which the actors entered got spooked, nearly bringing down the house, and them with it.

In 1820, Noah’s fervor to provide a safe home for the Jews of the world on American territory was a revolutionary idea. He negotiated purchasing a place near Niagara Falls; the ironically named Grand Island (all of 30 square miles and room for fewer than 20,000 people) where he planned to build skyscrapers to house the millions of MOTs who couldn’t pass up this op. He also he invited American Indians to join in his “City of Refuge” (thinking them members of the Lost Tribes).

Five years later in a majestic ceremony with Noah in similarly majestic attire, he named his “City” – the “State of Ararat.” Noah not only promised his new state would be a sanctuary for Jews worldwide, he appointed rabbis and other machers in Europe to collect taxes from their fellow Jews to maintain the place.

Media hype he got, but it wasn’t pretty. Poor Noah was mocked and ridiculed. Alas, the “State of Ararat” didn’t make it above the ground. True, his idea for a Jewish “utopia” wasn’t entirely baked but to his credit, he did bring world attention to the concept of a Jewish homeland, and in later years became something of a pre-Zionist, promoting the establishment of such a place in the Land of Israel – a dream he didn’t live to see in his lifetime. 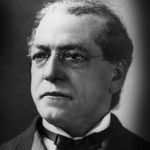 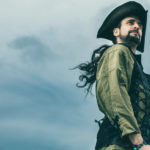 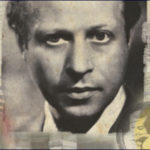 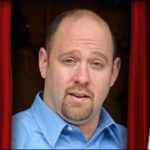 Am I the ‘Funniest Person in the World’?6 min read