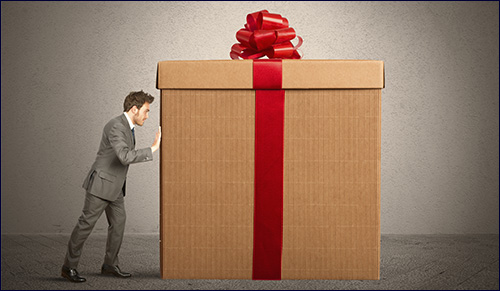 Skip the new tie. Give your husband the gift he really wants.

"So what does the husband want out of this marriage?" my supervisor asked. I had a whole list describing what the wife I was treating in therapy wanted, but I had almost nothing written down about the husband's goals. Every time I asked him he just shrugged, and when his wife spoke, he usually glanced longingly at the door.

I had a page of notes from my first session with the couple detailing their backgrounds. I quickly turned to that page and began telling my supervisor how the husband must want security because he was insecure as a child, he must want control because his mother was so controlling, he must want approval because his father never gave it to him. My supervisor interrupted me with a kind smile and said, “Basically, you have no idea what the husband wants."

I looked up from my notes. "You’re right, I have no idea. He never answers me when I ask. And the few times that he starts to answer, his wife interrupts him."

"Here's what you need to do." My supervisor began to teach me questions and strategies to reach the husband and stop his wife from interrupting him. And then she helped me outline a general list of what husbands want in marriage. Here are my top ten gifts most husbands want. In addition to the new book or wallet you bought him this Hanukkah, consider giving a few things from this list:

A recent study demonstrated once again that men and women have some significant neurological differences by mapping thought pathways via brain imaging. (University of Pennsylvania Brain Connectivity Study Reveals Striking Differences Between Men and Women, December 2, 2013, Proceedings of the National Academy of Sciences, Ragini Verma, PhD) The researchers found different amount of neural connections between the genders in areas of the brain that control intuition and verbal reasoning. And they found a higher blood flow to regions crucial for emotional intelligence in female brains. The study's coauthor, Raquel Gur M.D., PhD, director of the neuropsychiatry section at the University of Pennsylvania of Medicine, said that people still object to these kinds of conclusions even though they are purely neurologically based. There are still many people who like to think of men and women as basically the same. But clearly, we see life very differently.

Understanding this can help us give our husbands what they really need and want. Sometimes all we need to do is take that step back and ask the question: what does my husband want? Better yet, try asking him. You may be surprised by his answer because sometimes what he wants is far simpler and easier to give to him than anything you could have guessed. Since Hanukkah has become a time of gift giving, this is an opportunity to give our spouses these crucial presents that come from our hearts.

A Timeless Gift for Hanukkah

The 5 Best Hanukkah Gifts to Give to Your Children

Hanukkah and Breaking Free from Mindless Routine
Is Grease the Word?
Dried Fruit Compote
Scientific Curiosity and the Divine Encounter
Comments
MOST POPULAR IN Family
Our privacy policy
Aish.com Is Looking for Great Writers