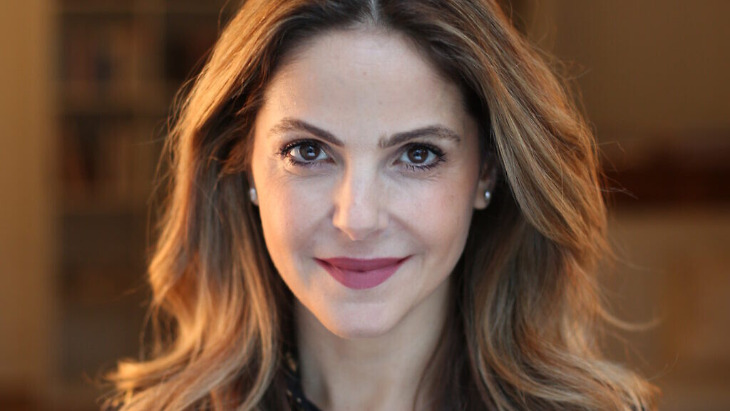 Michal Oshman's new book asks, “What would you do if you weren’t afraid?”

Michal Oshman is a former commanding officer in the Israeli Defense Forces. She holds masters’ degrees in organizational sociology and psychodynamics. She has held leadership positions at major corporations including eBay, WPP, Facebook and currently, as the European culture lead at Tik Tok. Despite these achievements, for most of her life Oshman was consumed by anxiety, riddled with fears. For example, while signing a permission slip for a child’s field trip, she might envision a terrible bus accident.

Years of therapy made things worse. Every therapist insisted that she still had “unfinished business” with her parents and a painful past. “I knew that there was a spark of hidden joy inside me that I just couldn’t get to, but I believed it was there,” she writes in her new book, What Would You Do If You Weren’t Afraid? Discover a life filled with purpose and joy through the secrets of Jewish wisdom. The question in the title is taken from the book, Who Moved My Cheese? and became a standard challenge for Facebook employees.

Oshman came by her anxiety honestly. Her father was one of Israel’s leading pathologists, and even as a child, Oshman understood the nature of his work. At times, she came across gruesome photos. As a teenager she lived through Intifadas and terror attacks. Her grandparents on both sides were Holocaust survivors, and their obvious manifestations of trauma, including screams from her grandmother’s nightmares, affected her deeply. 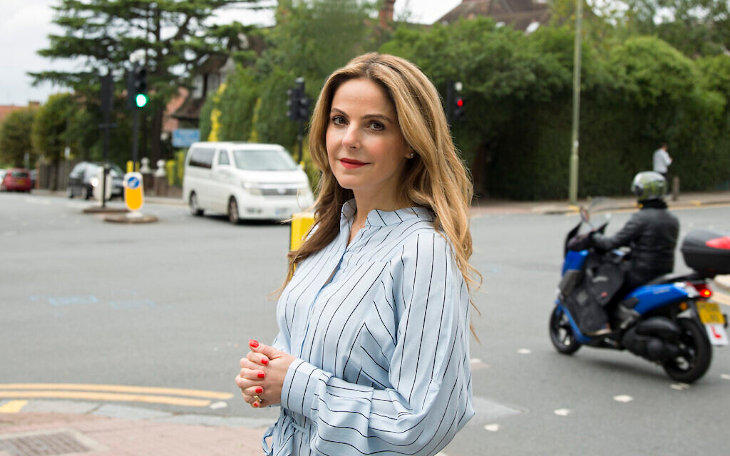 Oshman had been raised to succeed academically and professionally, but had not learned of Judaism’s spiritual and emotional foundations. All that changed nine years ago when she first heard first heard Lady Nicola Mendelsohn, a Vice President of Facebook in North America, interviewed in the British press. “This was the first time I heard a business leader speaking about her own Jewish faith, about how her four children were the most important thing to her, and about the centrality of keeping Shabbat in her life,” Oshman told Aish.com. “It had a magical effect on me.”

At the time, Oshman was seeking relief from her emotional distress, and while searching online under the terms “depression, anxiety, Judaism,” she came across the teachings of Dr. Kate Loewenthal, a psychologist affiliated with Chabad. “I emailed her and asked if we could meet for coffee because I was suffering. She saw a hunger in me and told me to attend a 'shiur' (Torah class), a word I didn’t even know yet.”

I realized that my struggle is really something quite beautiful; it is a symptom of always yearning to grow, like the flame which is pulled upward.

Oshman discovered these Jewish women and their nourishing messages at a nearly desperate time. Becoming a mother had exacerbated her anxiety. She was afraid even to give her child cut-up grapes, or to let her go to a friend’s home. “I had so much to celebrate,” she said. “I had a wonderful marriage, children, a satisfying career, but I couldn’t find the meaning. I had so many negative thoughts.”

As she began to absorb new Jewish ideas about life, struggle, and purpose, the clouds began to lift. She writes: “I hadn’t realized during all my years of therapy that I was looking for something spiritual. . . The discovery that I had a Godly soul gave me a huge amount of hope. I also realized I didn’t have to keep fighting my inner anxiety, because Judaism showed me it is simply part of the human condition. I realized that my struggle is really something quite beautiful; it is a symptom of always yearning to grow, like the flame which is pulled upward. I wasn’t a failure; I was just a beautiful flame.” 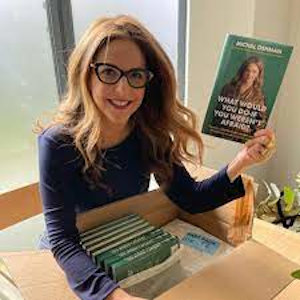 Oshman’s gratitude for how Jewish wisdom helped transformed her life motivated her to write this book. In each chapter, she introduces a concept and shows how she integrated it into her personal and professional life. These include ideas such as replacing fear with purpose; finding one’s own “narrow bridge” and learning to cross it; recovering from a broken heart; making psychological space for others; creating a leadership culture at home and at work; raising children with a soul-awareness; learning to make volunteering and giving charity family habits, and learning about who you are deep inside. Each chapter also ends with practical exercises and the reminder, “If you change nothing, nothing will change.”

Having first discovered these ideas in her late thirties, it was a challenge to modify what had been a secular family life. “When we married, we were in a different place, and we have taken it one step at a time,” she said. “I was always clear that shalom bayit, maintaining a peaceful marriage and home life, was above everything else,” she said. Living in London with their four children, Oshman finds Jewish engagement even more important than when living in Israel. “In Israel, you don’t need to be told when it’s Yom Kippur,” she observed. “Here, it’s more important to offer our children a Jewish identity. We have a lot of dialogue with our older children, making every effort to still factor in activities that are important to them along with Jewish observance.”

She believes young adults today are hungry for spiritual messages: “They are value-driven, and I find that inspiring.”

While working at Facebook, Oshman gave a presentation to several hundred people about the Jewish concept of the Eishet Chayil, the “woman of valor” who is praised each Friday night. She explained that Jewish women have always played a pivotal role, not only in the home but often, in business. “She’s doing, creating, producing, selling,” Oshman said. “This song recognizes her contributions every week at a special time.”

Far from being dismissed as hopelessly old-fashioned, Oshman had many young women come over to her and say how much they enjoyed the message: “A few of them told me they hoped one day they’d have husbands who would sing their praises, too.” After the talk, her supervisor began sending her “Shabbat Shalom” messages each Friday afternoon. Based on her involvement with young adults at work and through social media, young adults today are hungry for spiritual messages. “They are value-driven, and I find that inspiring,” she said.

Oshman’s book was published during a moment of crisis for Israel and for Jews worldwide, given the recent battle between Israel and Hamas and the alarming spike in antisemitic violence. The author is both “shaken as well as more committed” to spreading Jewish wisdom as a response to the crisis.

She observed, “When I ask myself, what role can I play? I believe that my mission is to spread more light and build more bridges through Jewish wisdom. This includes the beauty of finding the positive in everything.”

The Heart-Rending Cry
Bechukotai 5782: Divine Retribution
Behar 5782: Working to Live or Living to Work?
The Wholeness of Being Broken
Comments
MOST POPULAR IN Jewish Society
Our privacy policy