There's No “I” in Hannah 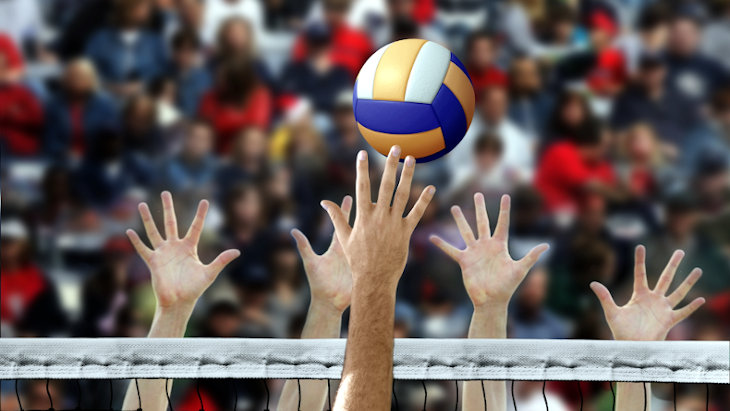 My 14-year-old daughter showed me what it means to be part of a team.

My daughter, Hannah, shocked me.

Last summer she started playing volleyball and fell in love with the game. She joined a volleyball league in September and played on a team for 14-year-olds. She was one of the best players even though she was one of the youngest on the team. Her coach told her that he wanted to make her a team captain. Then the program director noticed Hannah’s play and told me that Hannah had “good hands” (I immediately started calling her “good hands Hannah”) and suggested that we transfer her to a more advanced team of 15-year-olds.

My wife and I hesitated a little; we weren’t sure if it would be better for Hannah to be the best player on a weak team or a weaker player on a better team. (Malcom Gladwell’s books would suggest the former.) But Hannah told us that she really wanted to get better and it would help her to be on a stronger team. So a month ago she joined the more advanced team.

Yesterday, Hannah and I got up at 6 AM to drive to a tournament that was an hour away in Colorado Springs. Hannah’s team played four other teams. Each game has two or three sets. She stood on the sidelines for all the games and did not touch the ball even once.

I was really upset. What was the point of driving 65 miles and spending eight hours in a very noisy arena (you don’t know what loud means until you hear 200 teenage girls scream non-stop), just to see Hannah sit on the sidelines while her teammates play, while we could've been skiing instead?

Seeing her sit on the sidelines broke my heart. She must have felt like a second-hand citizen.

Seeing her sit on the sidelines broke my heart. She must have felt like a second-hand citizen. But Hannah smiled throughout and cheered and high-fived her teammates when they scored. I looked at her and thought she must feel miserable inside. Her pain must be a hundred times more than my pain.

Hannah’s team won every single game. They moved up to a higher division. At the end every player got a victory pin and took a group picture. Hannah was incredibly excited and happy. Her father… not so much.

When we got in the car to drive back home, I asked her if she wanted me to talk to the program director about going back to the old team.

“Dad, absolutely not," she replied. "Being part of the team is not just about playing in the tournaments. It's participating in the practices. This was a very important tournament where we had the chance to move up to the next division. If I were my coach, I wouldn’t have played me, either. I'm new to the team. She doesn’t know me well yet. Also, I'm not as good as other girls on the team. They’ve played for years; I started less than six months ago. I learned so much watching the games from the sidelines. I could see the mistakes of the other girls and learn from them. I learned a lot today. I know where I need to improve. I need to work harder. And Dad, I also got a victory pin!”

“Well, maybe we should go skiing during the tournaments you're not playing in," I said. "What’s the point of us being there?”

“You don’t understand! If I don’t show up, then who's going to give them emotional support? When I’m on the sidelines, I’m cheering them on. I’m helping them. My team won! This is very important. I'm part of the team.”

I was speechless. I had thought the smile I saw on Hannah’s face during the tournament was pasted on top of a giant pile of pain. I could not have been more wrong. She was happy for her team. She felt like she was part of something bigger than her.

My 14-year-old daughter showed me what it means to be part of a team. I have no idea if Hannah will be playing volleyball a year from now (I hope she will), but I know she's prepared for the life ahead of her. She’ll be a great asset to any company or organization she decides to start or join.

There is no “I” in Hannah, but there are two of them in Vitaliy.

5 Simple Ways to Discipline without Punishment

Back to School with a Smile

4 Ways to Build Resilience in Kids