The Civil War and American Jews 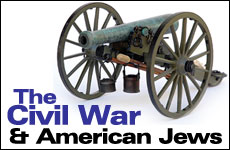 Why Jews should care about the 150th anniversary of the Civil War.

This spring marks the 150th anniversary of the Civil War – the firing of the opening shot at Fort Sumter. From then, through the sesquicentennial anniversary on April 9, 2015 of Robert E. Lee’s surrender at Appomattox Court House and five days later of Abraham Lincoln’s assassination, every major event in the “ordeal of the union” seems likely to be recounted, re-enacted, reanalyzed and, likely as not, verbally re-fought.

The American Jewish community, meanwhile, has expressed little interest in these commemorations. A few books, a play, a film and a forthcoming scholarly conference form the totality of the Jewish contribution to the sesquicentennial. When I suggested a talk on the Civil War and the Jews in one setting, the organizers questioned the relevance of the whole topic. Only a small minority of Jews, they observed, boast ancestors who participated in the Civil War. By the time most Jewish immigrants to America arrived, the war was but a distant memory.

Fifty years ago, for the Civil War centennial, the level of interest within the Jewish community seemed noticeably higher. New York’s Jewish Museum mounted a grand exhibit titled “The American Jew in the Civil War.” Fully 260 photographs, documents and objects appeared in the multi-gallery show. It was the largest display of Jewish Civil War memorabilia ever assembled.

In the exhibit’s catalog, the late Bertram Korn, the foremost expert on American Jewry and the Civil War, examined “the major meaning of the Civil War for American Jews.” He listed five key themes: 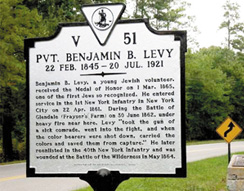 A sixth and somewhat uglier theme, largely overlooked in the catalog, should now be added to this list: complicity with slavery. Korn, a pioneering historian who elsewhere penned an essay on the topic of “Jews and Negro Slavery in the Old South,” demonstrated that Jews were in no way exceptional when it came to the peculiar institution. “Any Jew who could afford to own slaves and had need for their services,” he wrote, “would do so.”

In the North, meanwhile, Jews divided over the question of slavery: Some advocated abolition, others sought peace above all else, even if that meant acquiescing to Southern slavery. Many Jews simply remained silent.

To be sure, Jews formed far less than one percent of the national population, and their contribution to the overall institution of slavery was negligible. Still, notwithstanding their ancestors’ slavery in Egypt and their own celebration of freedom on Passover, Jews basically followed in the ways of their neighbors when it came to slavery. As a group they did not oppose it.

All of this is worth recalling as sesquicentennial commemorations of the Civil War multiply. Far from being irrelevant to contemporary Jews, the anniversary provides a welcome opportunity to learn from our past, to recall the evolving relationship of Jews to America, and to remember that following in the ways of our neighbors can sometimes lead us astray. 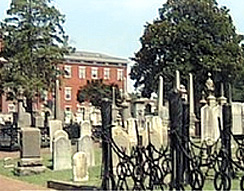 NOTE: The Hebrew Confederate cemetery in Richmond, Virginia, is the only Jewish military cemetery in the world outside the State of Israel. Ironically, the cemetery resulted from anti-Semitism: When Confederate military cemeteries refused to allow the burial of Jewish soldiers in their cemeteries, the bodies were buried in the Hebrew Cemetery in Richmond, Virginia, in a self-contained area within the cemetery. Shortly after the war, an ornamental iron fence was erected – depicting muskets, crossed swords and sabers – with a Confederate soldier’s cap adorning the fence posts.

Reprinted from the Jewish Ledger

Britain and the Jews

Abraham Lincoln and the Jews: 10 Fascinating Facts
The Promise Of The Land
Which Chat Are You On?: Parshas Behar/Lag Ba’Omer
Do You Like Slow-Cooked Food? Thank the Jews
Comments