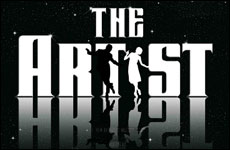 When Michael Medved, the film critic I most respect, recently picked The Artist as the best movie of 2011, I suddenly experienced an unusual burst of efficiency at work, allowing me to duck out later that day to see it. Medved was hardly alone in extolling this black and white, silent movie, set in the late 1920s just before the advent of “talking pictures” would revolutionize the film industry. The Artist has already captured three Golden Globe Awards, including Best Motion Picture (comedy or musical); Best Actor for Jean Dejardin (comedy or musical) and Best Original Score. Dejardin, who plays the lead character of George Valentin in the film, also snagged a Best Actor Award at the 2011 Cannes Film Festival, while the Directors Guild of America has nominated director Michel Hazanavicious (who also wrote the screenplay) among its five nominees for best director of a feature film. Can Academy Award nominations be far behind?

Most of us have forgotten what silence feels like.

I was already intrigued by the concept of this movie, and wondered if a silent movie could engage my full attention for an hour and a half. Let’s be honest: We live in an age when most of us have forgotten what silence feels like for more than a few moments at a time. We are frequently bombarded with media input we have not chosen (televisions at supermarket checkout lines, in cafes and gas stations) and have accustomed ourselves to a steady stream of audio input we have chosen: the incessant ringing and pinging of our smartphones and computers that alert us to every new message, call or email, and audio that we download and listen to during our daily routines. To me, it was worth the price of admission just for the novel experience of watching a movie without hearing a single word in the process.

From the opening scene, I was hooked. The Artist focuses on the character of George Valentin, a hugely successful silent film star at the apex of his career. Handsome, charismatic, talented and adored by millions of fans, he has also become ensnared in the trappings of fame. An incorrigible and egotistical ham, Valentin grabs all the limelight for himself and would rather share a bow in front of an audience with his Jack Russell terrier than with his human co-star. But Valentin is riding for a fall. He openly scoffs when the cigar-chomping studio boss tells him that the introduction of sound in film is about to change the industry and that he needs to adapt – or else. Like others who refuse to believe or fail to understand how technology will change their careers, George is incredulous and dismissive, and doubles down by producing a new silent film that he backs himself. The theme of George’s refusal to adapt to “the talkies” is brilliantly established during the film’s opening scene, where we see George standing in the back of a packed movie theater, watching himself on the silver screen and basking in the glow of the enthusiastic audience reaction of his performance. But in the movie he is watching, he plays an American being painfully squeezed for information by enemies. “I won’t talk, I won’t say a word!” he insists, before a heroic escape from his tormentors.

The Artist is in many ways a paean to the movies, their power to entertain and captivate audiences, and the passion that actors display for their art. But the movie also has several timeless themes, including that of how people cope with reversals of fortune; the redemptive power of friendship; and the possibility for reinvention. At the beginning of the movie, George has a “meet cute” with Peppy Miller (Berenice Bejo), young, luminous, beautiful, and hungry to become a star herself. Peppy has a crush on George, but unlike George, she can’t wait to embrace the coming changes. The studios are after fresh faces -- faces with voices -- Peppy arrives at the right moment and with the right talent. As the story unfolds, we watch as George falls precipitously from riches to rags and into despair and obscurity, while the aptly named Peppy savors her rocketing fame and wealth in Hollywood. But she still tries to remain friends with George, quietly working behind the scenes to assist him in his reduced circumstances. While George had indeed been insensitive and egotistical when we first met him, it’s impossible not to feel for the “everyman” in him who struggles mightily with an unwelcome transition to changing times. Like Peppy Miller, the audience also roots for George to get back on his feet.

Despite the lack of audible dialogue, it’s easy to follow how the story plays out in every scene. In addition to occasional (but surprisingly few) titles that tell us what a character is saying, we understand the evolving plot simply by watching the characters act. Their interplay, body language, facial expressions, background settings, and even the occasional newspaper headline or signs at the studio, keep us fully informed. The exceptional musical score that flows effortlessly through the scenes – playful during comic moments and dramatic and even melodramatic when the scene demands it – is a vital “co-star” of the film as well.

Watching the Artist with a Jewish mindset, I couldn’t help but be grateful that fame is not a Jewish value. Sure, George would still have struggled to cope with the changes in his industry had he not believed so much of his own press, but his reversal of fortune was all the more painful because he had staked so much of his self-worth on the fickle and dangerously thin thread of his celebrity. Watching a silent movie that was so fully engaging also reminded about the precious value of words. Jewish values emphasize the power of speech, such as avoiding at nearly all costs gossip and other potentially painful remarks, and carefully weighing our words before we speak them. The value of words, their precision and judicious use, is easily lost as a value in a society where talk is so cheap. Watching a silent movie reminded me about that value all over again.

And if all this is not enough to make you want to see The Artist, see it to savor the performance of Uggie, the Jack Russell terrier who is George’s sidekick and who deserves a Best Performance by a Canine Award for a remarkable, irresistible and scene-stealing performance throughout the film.

At times funny, at times dramatic and for some moments, melodramatic in the way of the classic 1920s movies, the Artist is always entertaining and engrossing, without saying a word.