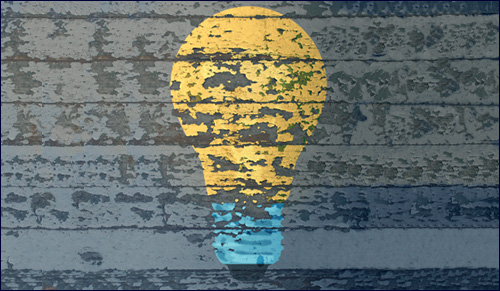 The recent Pew Report on Jewish identity is a wake-up call for all of us.

For years I would laugh at the irony.

In 1964, Look magazine ran a cover story entitled “The Vanishing American Jew.” Boldly, with the self-assurance of a national publication that had millions of readers, the article clearly explained why in all certainty there would no longer be any Jews left in the United States in the 21st century.

Well, we all know what happened.

We could afford to be amused that once again those who predicted our early demise were so powerfully mistaken.

In the immortal words of Mark Twain who had the remarkable experience of reading his own erroneous obituary in the local newspaper, the report of our death was greatly exaggerated.

In fact, people have been writing our obit almost from the time of our birth. The oldest recorded mention of the name Israel is in an Egyptian hymn of victory dating to Pharoah Mer-nep-tah (about 1230 BCE), and it reads, "Israel is laid waste, his offspring is wiped out." Yet somehow history records a different ending to the story. Passover reminds us that it was Pharaoh and his people who were defeated by the miraculous intervention of God. And the Jews to this day, descendents of slaves in what was once a glorious Empire, continue to write magnificent chapters in the story of mankind.

That’s why I’ve never really been frightened by pessimistic predictions about our survival. In a famous essay, the historian Simon Rawidowicz put it beautifully when he described the Jews as “the ever- dying people.” We always stood on the precipice of extinction - only to amaze onlookers with our super- human ability to persevere and to contribute in unparalleled fashion to creating a more civilized world.

The post-Holocaust generation appears to be existentially endangered by the threat of suicide.

But that doesn’t mean the results of the just released Pew Research Center report, titled "A Portrait of Jewish Americans” haven’t given me reason for grave concern. In a nationally conducted survey of a statistically representative and significant number of Jews across the country, the Pew Institute attempted to explore the meaning of Jewish identity today. What does being Jewish mean at present and how does it relate to issues like denominational affiliation, politics, intermarriage rates, views on Israel, as well as character traits and actions deemed "essential to their Jewish identity"?

The answers were far from reassuring.

To put it as bluntly as possible, the post-Holocaust generation which thankfully no longer needs to be concerned with genocide appears to be existentially endangered by the threat of suicide. What could never be accomplished by the pogroms and persecution of our enemies seems a reasonable peril to our survival by way of voluntary assimilation and self chosen rejection of our heritage

Note the following ominous signs which have exponentially increased in just the past few decades:

I could go on - but it’s just too painful. Of all the findings in the report, what for me struck the most agonizing chord was the one that focused on how respondents chose to list the factor that best exemplifies the meaning of being Jewish. For 19% it was observing Jewish law. 14% claimed it was eating traditional foods. But coming in at more than twice the percentage of these responses for singling out what is essential to being Jewish, 42% said "having a good sense of humor."

Is it really conceivable that almost half of contemporary American Jewry believes that Judaism has more to do with Seinfeld than Sinai? And can Jews find their moorings, their strength, and their reason for survival from their jokes rather than the inspiration found from their spiritual tradition?

The Pew Report is a challenge to our complacency, to our secularism, to our very identity.

Within every tragedy, our sages teach us, there are the seeds of redemption. So too I believe must be our response to this report which alerts us to the sad state of contemporary American Jewry.

Most Jews, the study reveals, do not believe that one has to believe in God in order to be Jewish. Technically, according to Jewish law, that is correct. Yet history affirms that without belief in God and the divine origin of the Torah, Judaism is downgraded to mere ‘tradition’ – i.e.: something you don’t need to take all that seriously. Why should young people more interested in the latest fix take any time to learn and practice an ancient document that doesn’t really speak to them? Only a Judaism that speaks of enduring wisdom and truth stands a chance of imbuing the next generation with the commitment to choose to remain part of our people.

The Pew Report is a challenge to our complacency, to our secularism, to our very identity. It is a wake-up call for all of us. It makes a strong demand upon us to make a meaningful commitment to the traditions and the faith of our past if we hope to be a link in the chain of the survival of our people.

And in spite of everything, I remain optimistic.

A Response to Recent Tragedies: 8 Questions for 8 Nights