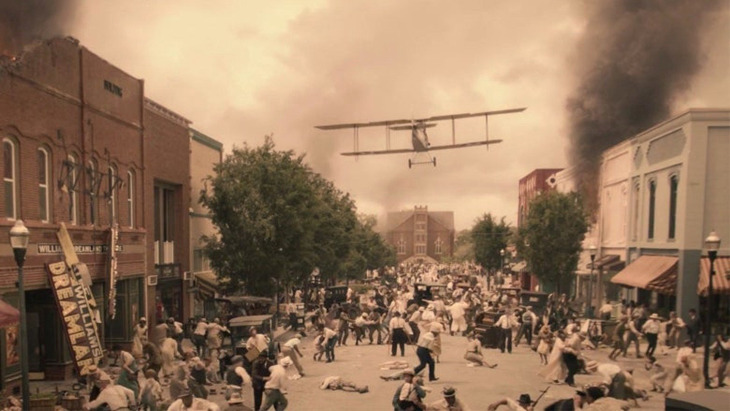 How local Jews – some with fresh memories of European pogroms – did their small part to help victims of one of the worst acts of racial violence in US history.

The Tulsa Race Massacre – also known as the Black Wall Street Massacre and the Tulsa Race Riot – was one of the most horrendous incidents of racial violence in United States history. On May 31 – June 1, 1921, hundreds of people were injured and killed, and thirty-five blocks of the city were destroyed, along with over 1,200 homes. 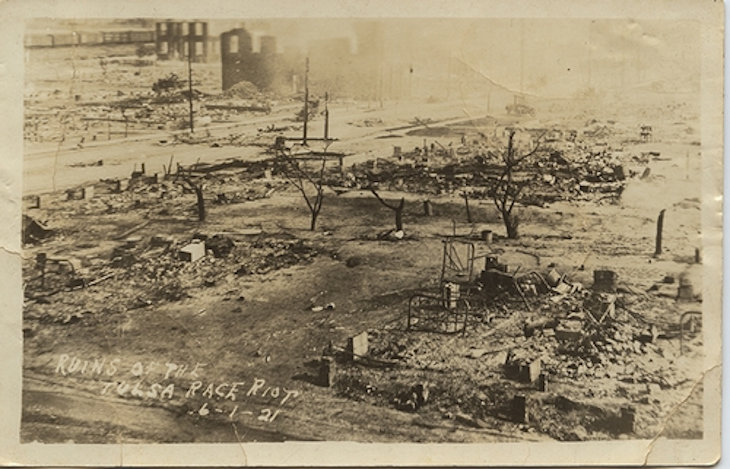 While relatively few whites exhibited empathy and compassion to the persecuted African American community of Tulsa – largely due to the influence of the Ku Klux Klan (KKK) and others – many Jewish families made efforts to help African American families by taking them into their homes or businesses, feeding and clothing them, as well as hiding them during and after the atrocity.

During the time of the Race Massacre, a number of the Jewish families went into North Tulsa to secure their black employees, friends, and their families, in order to protect them at least until Martial Law was over on June 3rd… some even longer.

Many of the Jews in the city were recent immigrants from Eastern Europe who remembered firsthand suffering through violent pogroms and anti-Semitic policies in the Russian Empire and elsewhere. 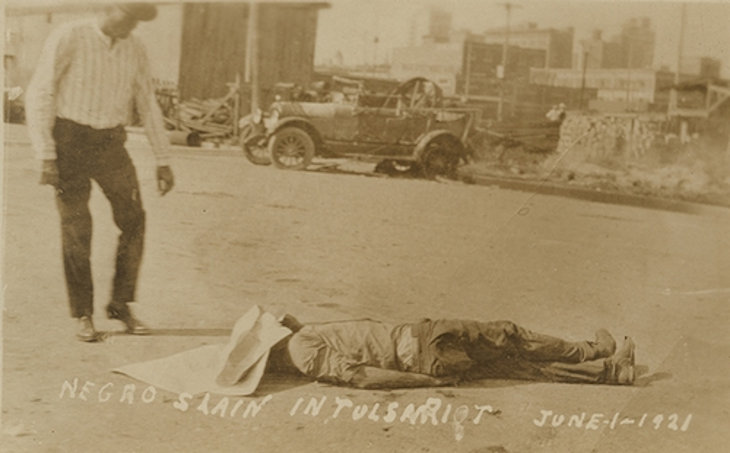 Scenes like this undoubtedly brought back memories for many Tulsa Jews who had survived pogroms in Europe (Public Domain via DeGolyer Library, Southern Methodist University)

Here are a few family stories from that terrible time that have been passed down within the Oklahoma Jewish community.

Jewish Latvian immigrant Sam Zarrow (1894-1975) and his wife Rose (1893-1982) owned a grocery store and hid some black friends in their large pickle vats at the store, while Rose concealed some of the little kids under her skirt! In addition, they hid others in the basement of their home. Sam and Rose’s sons, Henry (1916-2014) and Jack Zarrow (1925-2012) became two of the most well-known and philanthropic men in Tulsa’s history, supporting a range of causes across the city.

Waiting with a shotgun

Tulsan Abraham (Abe) Solomon Viner (1885-1959) and his wife Anna (1887-1976) owned the Peoples Building and Loan Association. On the day of the Massacre, Abe went to all of the homes on his block, collected all of the maids from their quarters and assembled them in his living room. He then sat by the front door with a shotgun in case anyone broke into the house. 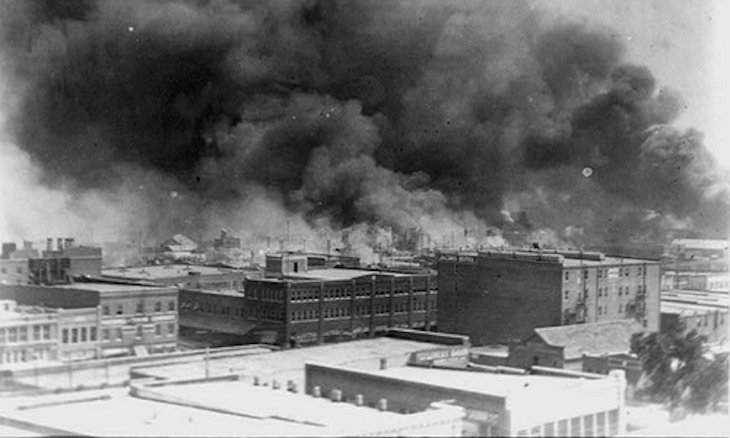 The Race Massacre had a far-reaching effect even outside of Tulsa. At the time, Mike Froug (1889-1959), his wife Esther (1889-1967) and daughter Rosetta Froug Mulmed (1914-2003) were living in Ponca City, Oklahoma running a clothing store called the Pickens Department Store. Immediately after the Massacre, several Ku Klux Klan members came to his house at night and set a cross on fire on his front lawn.

Knowing who the perpetrators were (frequent shoppers in his store), Froug went to the head of the Klan with his gun and told him that if they ever did that again, he would shoot them. This act had such a profound effect on Froug that when he and his cousin Ohren Smulian (1903-1984) opened the first Froug’s Department Store in Tulsa in 1929, they became the first store in the city after the Massacre to allow whites and blacks to not only shop together but to try on clothes at the same time. In fact, Frougs was also the first white-owned store in Tulsa to have black salespeople.

“Get your Jew crew out of Tulsa” 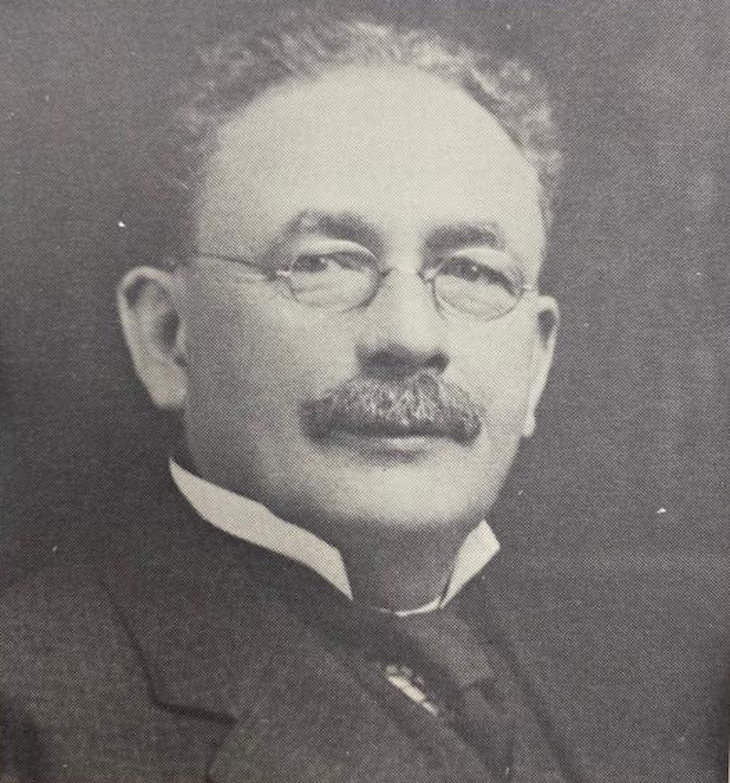 Successful oilman N.C. Livingston was an active leader in the Tulsa Jewish community, heading the establishment of the burial society and Orthodox synagogue, where he also served as president and taught a Talmud class. From B’nai Emunah, 1916-1966, part of the National Library of Israel collections

Jewish Lithuanian immigrant and oilman Nathan C. Livingston (1861-1944) and his wife Anna Livingston (1871-1934) had a newly married black couple named Gene and Willie Byrd working for them in 1921. Gene was the family driver while Willie was their housekeeper. During the Race Massacre, the couple and eight others of their family stayed in the Livingston’s basement and in their garage apartment for several days until they felt safe to go home. The following year, N.C. Livingston’s son Julius received a letter from the KKK telling him and his brothers Jay K. and Herman to “get your Jew crew out of Tulsa.” 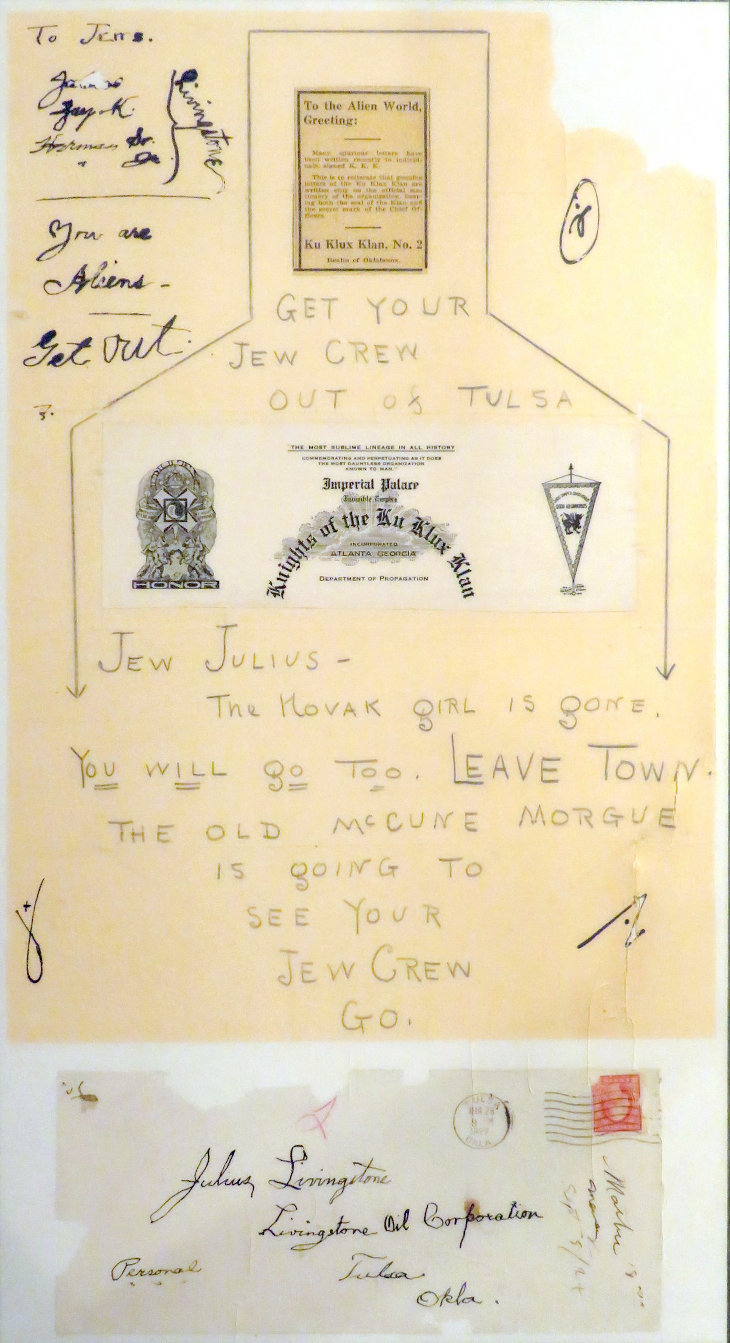 During the Massacre, Jewish Lithuanian immigrant and oil producer Jacob Hyman Bloch (1888-1955) and his wife Esther Goodman Bloch (1895-1927) told their two young daughters, Jean and Sura, to stay away from the windows and no to go to school or outside to play, while hiding their housekeeper in their home. 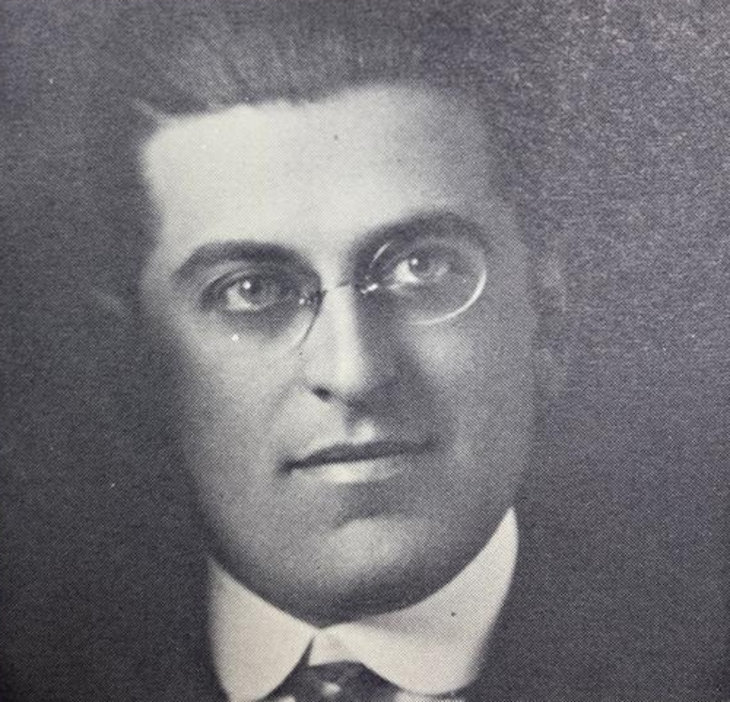 Jacob Hyman Bloch was also an active member in the local community, succeeding N.C. Livingstone as synagogue president in 1924. From B’nai Emunah, 1916-1966, part of the National Library of Israel collections

Jewish Latvian immigrant Jacob Fell (1885-1959) and his wife Esther Fell (1886-1980) owned The Mis-Fit Clothing Store in Tulsa. During the race riots, Jacob gathered up several black friends, hid them in his large storage car trunk, and drove them to a safe area. 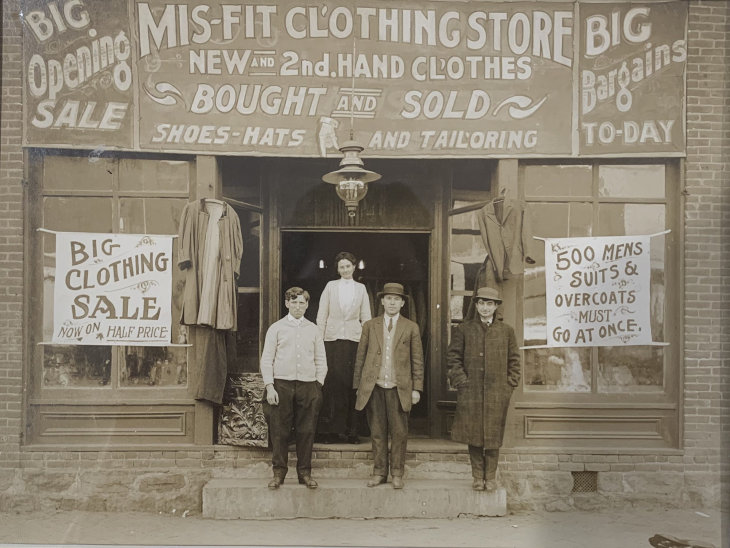 The Mis-Fit Clothing Store in Tulsa

In Stillwater, Oklahoma the Ku Klux Klan also had a robust chapter. German immigrant Jacob Katz (1873-1968) started his department store in Stillwater in 1894, becoming the first Jew in the town. Katz was a highly respected merchant and town promoter and was on the Stillwater Board of Commissioners. During the heyday of the KKK, right after the Tulsa Massacre, members marched through Stillwater with anti-Jewish signs (there were only 12 Jews in Stillwater at the time!), along with one that read at the end of the line: “But not you Mr. Katz.”

This article previously appeared on “The Librarians,” the National Library of Israel’s official online publication dedicated to Jewish, Israeli and Middle Eastern history, heritage and culture. A version of the article was originally published in the May 2021 edition of theTulsa Jewish Review.

Phil Goldfarb is the Founding and current President of the Jewish Genealogical Society of Tulsa. He may be reached at: phil.goldfarb@cox.net.

The Amazing Tie Between Ancient Israel and America's Founding Fathers

The Influence of the Hebrew Bible on America's Founding Fathers
The Softball Player
How This 6 Generation Bread Baker Brought Back Israel’s Ancient Grains
Olivia Newton John’s Grandfather was a Nobel-Prize Winning Jewish Physicist
Comments
MOST POPULAR IN Current Issues
Our privacy policy
Aish.com Is Looking for Great Writers