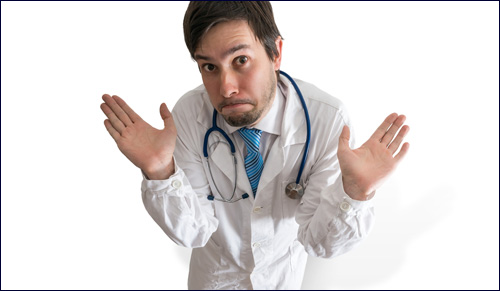 Three years after its libel against Israel, the medical journal sets things right.

The Lancet, one of the world’s most prestigious medical journals, is currently featuring a special edition devoted to Israel’s world-class medical establishment. As well as being informative, this latest issue is also a remarkable act of atonement for a terrible wrong the journal did to the Jewish state three years ago.

This unusual story starts in July 2014 when, after enduring near-constant rocket attacks from Gaza, Israel’s army (the IDF) fought back, destroying missile launchers and other military targets in several weeks of fierce fighting that were dubbed Operation Protective Edge. During the conflict, nearly 5,000 missiles rained down on Israeli towns. 66 Israeli soldiers were killed, as were six Israeli civilians, including children. Israeli forces also discovered a network of terror tunnels leading from Gaza into the Jewish state. Hamas positioned its rocket launchers in civilian areas, including Al-Shifa Hospital. When Israeli forces dropped leaflets warning civilians to flee areas that were identified as military targets, Hamas ordered them to stay. Gazans, unsurprisingly, suffered large numbers of casualties: about 2,127, among both Hamas fighters and civilians.

The letter glorified Hamas, describing it as committed to resolving political conflicts “without arms and harm”.

During the fighting, The Lancet, Britain’s premier medical journal, decided to take the highly unusual step of entering the fray. In their July 30, 2014 edition, they published an “Open letter for the people in Gaza.” The letter, written by five prominent physicians and signed by 19 more, shocked many with its vicious tone and biased perspective.

Dr. Karl Skorecki, a senior staff member at Rambam Hospital in Haifa, was one of many physicians in Israel and across the world who was appalled by the letter’s hateful tone. In an Aish.com exclusive interview, Dr. Skorecki recalls it as a “one-sided, mean-spirited, ill-based attack that came from a place of hatred… It accused medical professionals in Israel of complicity in inhumane activity. It was demonizing.”

Making no mention of Hamas’ use of human shields, deliberate targeting of civilians, and practice of hiding missile launchers and weapons in schools and medical centers, the letter accused Israel of lying to creating an emergency, of “massacre”, and of harboring the bloodthirsty aim “to terrorize, wound the soul and the body”. The letter bizarrely glorified Hamas, describing it as committed to resolving political conflicts “without arms and harm”. Israel’s Ministry of Health described the letter as “bordering on blood libel”.

In the weeks after The Lancet published this screed, NGO Monitor, a Jerusalem-based watchdog group, revealed that the letter’s authors had links to anti-Semitic groups. Two had shared a video of David Duke, the former Ku Klux Klan Grand Wizard, railing against Jews and Israel. One author had forwarded a message claiming that Jews and Zionists were behind the Boston marathon bombings; another author travelled to Gaza in a sign of solidarity during the fighting. 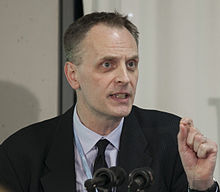 The Lancet’s editor, Prof. Richard Horton, announced that while he “deeply regretted” the “completely unnecessary polarisation” the letter caused, he stopped short of condemning the letter itself, and kept it up on The Lancet’s website.

Jewish doctors across Britain wrote to The Lancet. In Israel, medical school professors resigned from advisory boards associated with the journal. At Israel’s prestigious Rambam Hospital in Haifa, the staff, too, were outraged, and sent a letter of their own to The Lancet, which went unpublished. Instead of resigning themselves to anger, however, Rambam’s doctors and staff decided to take a different approach.

“Let’s invite him,” suggested Prof. Karl Skorecki, Rambam’s Director of Medical and Research Development, speaking of the editor responsible for publishing the letter. As Prof Rafael Beyar, the Director General of the hospital recalled, the staff liked Prof. Skorecki’s idea. “It seems like he doesn’t known man facts about this region,” the doctors noted. “He needs to see the reality of medical life in Israel.”

The best way for people to understand Israel’s predicament is to see it with their own eyes.

Dr. Skorecki, a native of Canada, moved to Israel with his wife because of his deep love for the Jewish people and the Jewish state. With relatives, friends and colleagues working in medical settings throughout Israel, including in the IDF, he understood that the complexity of Israel isn’t always understood by people abroad. “My experience has always been that the best way for people to understand Israel’s predicament is to see it with their own eyes,” he explains.. 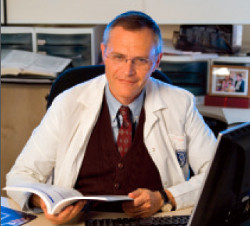 He drafted a short letter to The Lancet editor Richard Horton, suggesting he see the situation in Israel with his own eyes before drawing any conclusions, and inviting him to visit the Jewish state. Dr. Horton, who had visited Gaza and the West Bank many times, but had never been invited to Israel before, accepted.

When Prof. Horton arrived at Haifa in September 2014, revelation after revelation awaited him. Rambam is the biggest hospital in northern Israel. As David Ratner, a hospital spokesman, told Aish.com, the hospital’s location in the north of Israel means that it treats many injured Syrians who cross over the border into Israel for medical care. Rambam also serves many Palestinians from the West Bank. Over a quarter of Rambam’s staff are Israeli Arabs. Over three days, Prof. Horton got to know the community in Rambam, and also met with Arab communities in the Israeli cities of Haifa, Acre and Tel Aviv, as well as with the Chief Rabbi of Acre.

One of the most moving moments came in the northern Israeli town of Nahariya, where Dr. Horton visited the Western Galilee Medical Center and met its director, Dr. Masad Barhoum, an Israeli Arab who was proud to call himself Israeli. Dr. Horton was present at the moment a Syrian patient, who’d been brought into Israel to receive life-saving medical treatment, was having his bandages removed. The first person the Syrian patient saw was Dr. Horton, and he told him how grateful he was to Israel, how he’d been treated so lovingly in the Jewish state, and how happy he was to be in that hospital.

As he toured Israel’s north, Dr. Horton and Dr. Skorecki became close. The visit took place between Rosh Hashanah and Yom Kippur. Dr. Skorecki explained that this is a time of introspection when the Jewish people review their shortcomings and resolve to do better in the future. He also explained the significance of Rambam Hospital’s namesake: the great 12th Century Jewish sage who wrote, among other topics, about the Jewish process of teshuvah, repentance. The first step to overcoming a past mistake, the Rambam wrote, is acknowledging our error.

“Admit, apologize, undertake steps to correct that wrong, undertake steps not to repeat that, and to rectify the wrong - I think that’s a much more Jewish way” of addressing mistakes, explained Dr. Skorecki.

Dr. Horton took it to heart.

Dr. Horton was invited to address all the staff at Rambam Hospital during Grand Rounds. He marveled at the “undeservedly” warm reception he received in the Jewish state and thanked Dr. Beyar and Dr. Skorecki for their incredible “courage, openness, and generosity of spirit” they displayed in reaching out to him, “in such circumstances”. During his visit, as an act of conciliation, Dr. Horton suggested having an issue of The Lancet to focus on Israel, sharing the complexity and beauty of the Jewish state he’d witnessed with readers around the world.

After his visit, Prof. Horton wrote he “deeply, deeply regrets” his journal’s attack on the Jewish state. “At Rambam, I saw an inspiring model of partnership between Jews and Arabs….I saw Rambam offering an open hand, gladly grasped by families from Gaza, the West Bank and Syria who were living with life-threatening healthcare needs. I saw Rambam as one example of a vision for a peaceful and productive future between peoples, which I learned exists throughout Israel’s hospitals.” The open letter “did not convey the level of complexity that is the reality in Israel, and it’s that level of complexity which I saw last week, which having seen it, I want to build something...so that we never publish a letter like that again….What I saw (in Israel) directly contradicted that letter.” (Disappointingly, the letter remains on The Lancet’s website.)

Dr. Skorecki and his colleagues at Rambam Hospital and beyond continued to invite Dr. Horton to Israel, and he accepted their invitations, making numerous visits to the Jewish state and forging close professional bonds and personal friendships. After years of hard work and collaboration, the world was stunned on May 8, 2017, when The Lancet devoted an entire issue the Israeli healthcare system. Titled “Health in Israel”, the current edition contains ten articles written by Israeli doctors and medical school professors. Prof. Horton proudly termed it the most comprehensive independent survey of Israel’s healthcare system ever published. 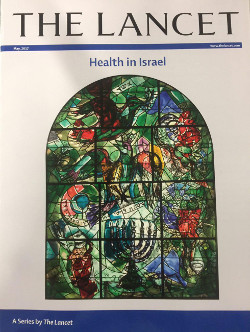 The edition highlights some remarkable achievements of Israeli healthcare, including the steady rise in life expectancy (Israel now ranks fourth in the world for male life expectancy and 11th for women) and the fact that Israel has the lowest infant mortality rate in the OECD, a collection of 35 rich nations. Articles include “Digital health nation: Israel’s global big data innovation hub”, “Israel: a start-up life science nation”, and “Helping hands across a war-torn border: the Israeli medical effort treating casualties of the Syrian Civil War”.

Prof. Horton admitted his mistake and he’s not done yet. “The special issue on Israel will not be a one-time project,” Prof. Horton has promised. “It is the beginning of a close partnership.”

Jews and Arabs Together against the Nazis

Golda Meir: The Girl from Milwaukee who Became Prime Minister
Olivia Newton John’s Grandfather was a Nobel-Prize Winning Jewish Physicist
Don’t Believe in Other Gods Versus God is One
Seeing Without Eyes
Comments
MOST POPULAR IN Israel
Our privacy policy
Aish.com Is Looking for Great Writers