The Jews of India: A Tale of Three Cities 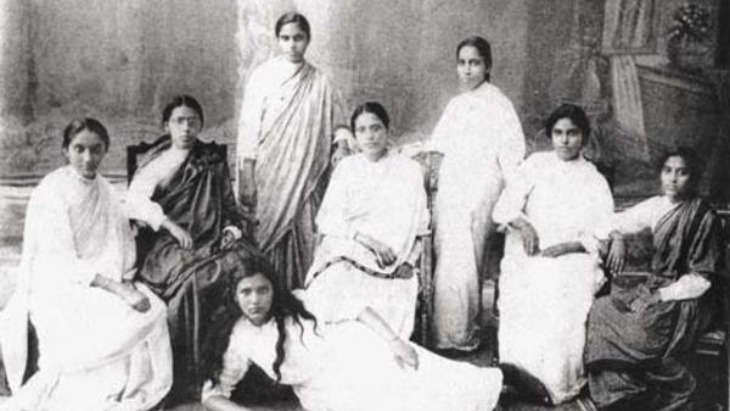 Travel often challenges our pre-conceived notions and visiting India does that in a major way. Where else would a favorite Sabbath dish be a chicken-coconut curry?1 And where would you find a Jewtown Road with swastikas decorating some of the buildings?2 Only in India. 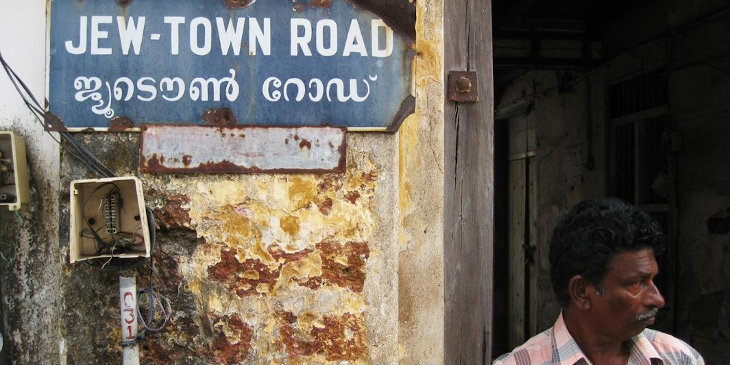 The history of the Jewish community in India, according to legends of the Bnei Israel of Bombay, dates to the time of King Solomon. We cannot confirm that date, but it does seem that the history of that community goes back over a thousand years. The Bene Israel Jews have a founding legend/narrative that they say dates to the time of the Second Temple. A ship set sail from Israel in about 175 BCE and sunk of the Konkan Coast, leaving seven couples as survivors of the shipwreck. The Bene Israel Jews, according to this legend, are descendants of those original couples. 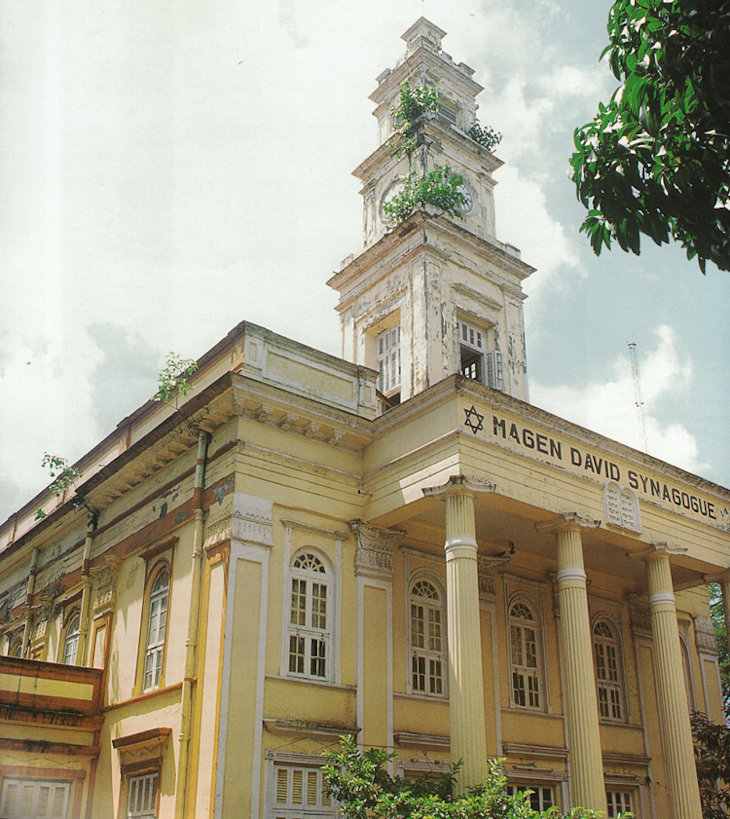 They maintained the observance of Shabbat and kosher laws and tended to marry within the community.3 Their first encounter with other Jews was with the arrival of Baghdadi Jews from Iraq in the 19th century who brought them Jewish books and taught them Hebrew. One of India’s greatest military heroes was Lieutenant General J.F.R. Jacob, a Baghdadi Jew, who was responsible for military success against Pakistan and for helping to create the country of Bangladesh. He was also governor of the states of Punjab and Goa,4 and is buried in the Jewish cemetery in New Delhi.

The Iraqi Jews started moving to India in the 19th century and became successful merchants and business owners, primarily in Calcutta, but also in Bombay. There is a fountain in Bombay named after Flora Sasson, a Sassoon Library and the Sassoon docks; testimony to the prominence of just one Iraqi family in India. The Iraqi Jews maintained their ties with Baghdad and regularly sent questions to Iraq’s greatest Rabbinical authority, Rabbi Yosef Chaim of Baghdad, whose responses are recorded in his collection of responsa.5 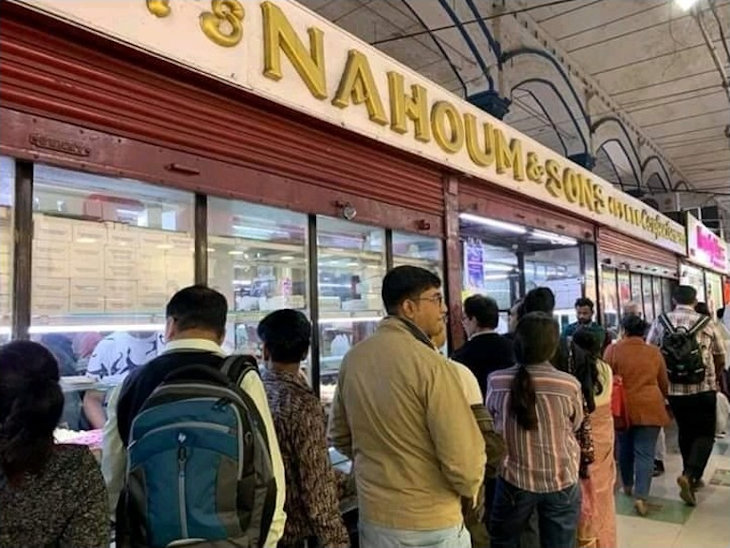 Today one of Kolkata’s most popular bakeries is the Nahoum Bakery, founded in 1902 by Iraqi Jews and still owned by a descendant, Isaac Nahoum. This iconic bakery is owned by a Jew, employs Muslim bakers, produces famous Christmas cakes and most of its customers are Hindu.6 The Baghdadis established a Hebrew printing press in Calcutta,7 built beautiful synagogues, created and ran Jewish schools and even bore India’s greatest silent-screen actress, Ruby Myers, known by her stage name, Sulochana.8

One of India’s most beautiful states is Kerala, situated on the south-western coast, home to extensive spice and fruit plantations and to a solar-powered airport. Kerala was home to Jewish communities for at least 700 years. There is a magnificent synagogue in Crangamore which was built about 1345, and the Paradesi Synagogue, situated in Matanchery, which was built in 1568, and possesses a gold crown for its Torah scroll that was donated by the Maharaja of Travancore in 1808. 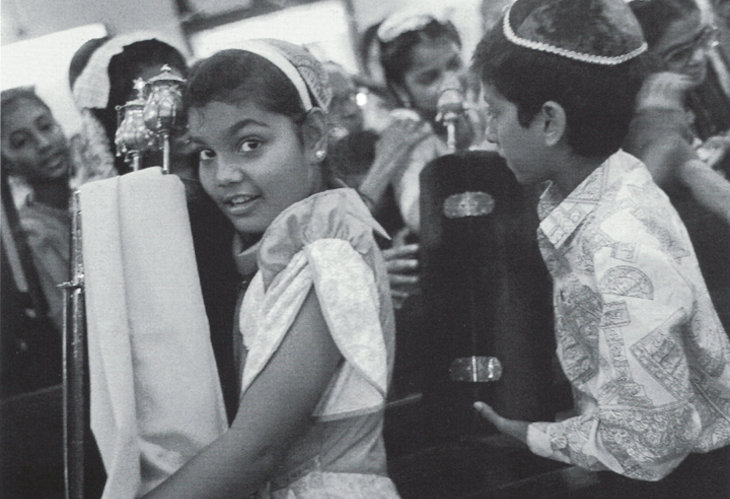 Simchat Torah in a Bombay synagogue, 1992

The Kerala Jewish community consisted of the Cochin Jews, known as the Malabar Jews, who claim to have been in India since the time of King Solomon, although more than likely originated in Persia in the 5th to 6th centuries. 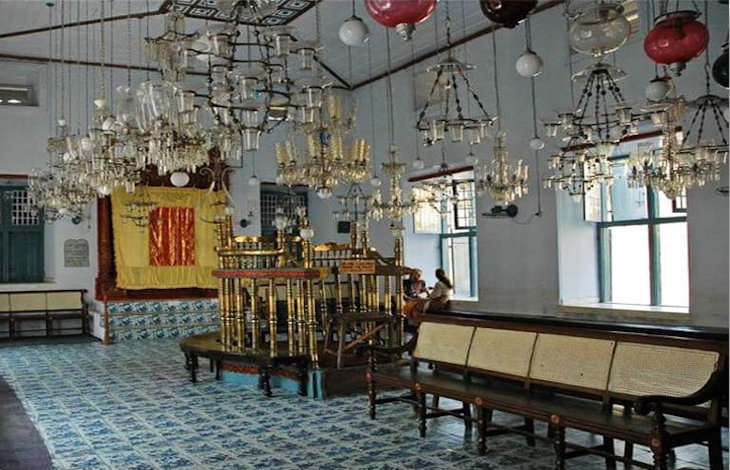 The Paradesi Synagogue in Kerala

The third component were Jews who immigrated from Arab countries such as Yemen and Iran and also from Europe, during the 18th and 19th centuries. The city of Cochin has an area know as Jewtown, where the synagogue is located, and where one can see swastikas, an ancient Indian decoration, carved on buildings in Jewtown Road.10

Deep in the heart of a Hindu neighborhood in Cochin one can find the grave of the kabbalist, poet and scholar, Rabbi Nechemia Motta who passed away in 1621. The grave is considered a holy site of prayer by the local Hindus, and still has a clear Hebrew inscription on the grave.

“Here rest the remains of
the famous kabbalist,
The influence of the light of whose learning shines throughout the country,
The perfect sage, the hasid, and
God-fearing Nehemia, the son of
the dear rabbi and sage Abraham Mota.
Our Master departed this life on
Sunday, the 25th of Kislev, 5381.
May his soul rest in peace.”


Most Indian Jews immigrated to Israel once the state was established in 1948, not out of fear, or due to antisemitism, for persecution and prejudice was not experienced by the Jews of India. They immigrated out of a conviction that Israel was their ultimate homeland and point of origin.

Today there are still about 18 synagogues in India, remarkably well preserved, although mostly not in use, and the Indian Jewish population numbers about 5000. There are currently about 70,000 Indian Jews in Israel, many of whom still preserve the unique customs and culture of their communities.11 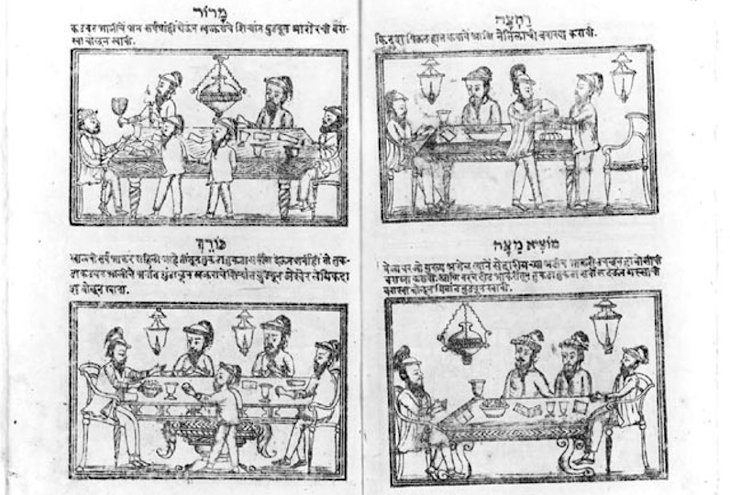 Haggadah in the Indian dialect of Marathi from Poona (Pune), India

History of the Jews of Yemen

A Journey through Jewish Sicily

The Jewish Trader called “One Tongue” by Native Americans
Were Adam and Eve Jewish?
How I Learned to Love the Multiverse
10 Big Jewish Inventions
Comments
MOST POPULAR IN Jewish Geography
Our privacy policy