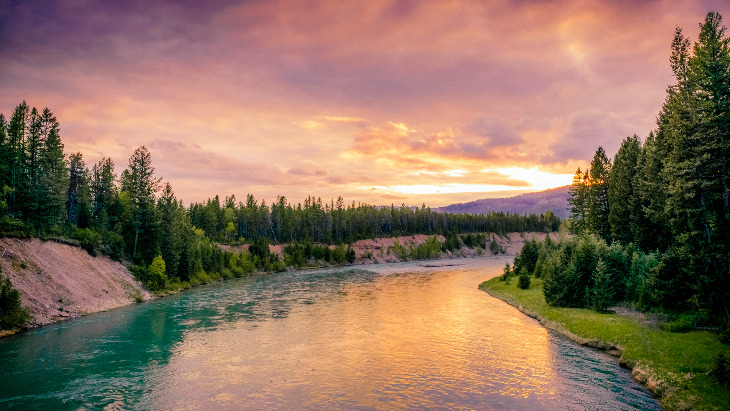 Sarah McConnell and the indestructible power of the Jewish spark.

Sarah McConnell was born in Missoula, Montana, in 1972. Her father’s family, proud descendants of the Ulster Scots, were avid genealogists. They traced their family tree back to the Revolutionary War and a Lieutenant McConnell, who fought under General George Washington. With her sterling credentials, Sarah was accepted into the select Daughters of the American Revolution. 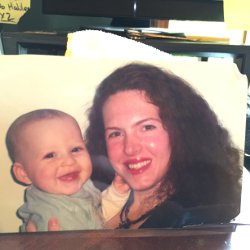 Sarah with her son

Her mother’s family was much harder to trace. Sophie, the great-great-grandmother who had come to Montana in the early 1900s, was from Europe, but throughout her life she refused to divulge her maiden name or where she had come from. Moreover, she had cut off all contact with her European relatives. Immigrating to America at the age of 20, on the boat Sophie married a man named Kasinov.

As Sarah wonders, “They never shared anything about their journey in terms of how they got to Montana or how they got out of Europe. I don't know the ports they left from, who their family was, or any details. I have always found that strange, because in the other branches of my family, we have a ton of oral history passed down through generations. People love to talk about it.”

“No one in my family is going to marry a Jew.”

When Sarah’s mother Janet was in university, what Sarah calls, “the one Jewish man in Montana” courted her. When he asked Janet’s father for her hand in marriage, however, Sarah’s grandfather flatly refused, declaring, “No one in my family is going to marry a Jew.”

When he was 83 years old, Sarah presented him with evidence that he himself had likely married a Jew.

Unlike almost all of their neighbors, Sarah’s grandmother Lucy and great-grandmother Anna did not belong to any church. When Anna was on her deathbed, someone tried to convince her to accept Jesus. Her adamant response was: “I will NEVER accept Jesus!”

Sarah has dark, curly hair and what many would call a “Jewish nose.” Nevertheless, it’s hard to account for the repeated, uncanny instances of people labeling her a Jew. 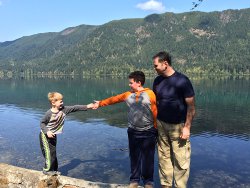 Sarah’s father, Dr. Robert McConnell, PhD, is an academic, so the family moved several times as she was growing up. She spent her high school years in Indiana, in a town founded by German immigrants. Fellow students made fun of her, calling her “a Jew.” Recalls Sarah, “The students in the high school I attended were extremely anti-Semitic. I cannot tell you how I was bullied every day because they believed I was a Jew.”

When Sarah was a freshman in high school, she had a Jewish drama teacher who cast Sarah as one of the lead roles in the Holocaust play, I Never Saw Another Butterfly. When Sarah questioned why she had been given the part, her teacher replied, “I feel like you’re of my people.”

At the age of 21, Sarah went to France. Several French Algerian Muslim girls sought her out in order to improve their English. One of her Muslim friends took Sarah’s picture, and showed it to her brother. The next day she told Sarah, “My brother says you’re Jewish. He doesn’t like Jewish people.” Sarah felt maligned by her friend’s comment, but reassured her that her physical appearance must have come from an Italian great-great grandmother on her father’s side. Although her Italian relatives were actually very fair, Sarah could think of no other explanation.

After getting her Master’s Degree at University of York in England, Sarah moved to Seattle, Washington, and got a job in information technology.

She became engaged to a man named Edward. Although Sarah was always kind to Ed’s mother, she hated Sarah, accusing her of being Jewish. Eventually, Ed’s mother forced him to break the engagement.

Broken-hearted, Sarah moved to a different town in Washington and searched for a new job. A female recruiter picked up Sarah’s resume and asked her out for coffee. She told Sarah that she herself was Jewish and added, “You look like the women in Israel. Are you Jewish?”

I always felt a kinship to the Jewish People.

Sarah responded, “Thank you. That’s a wonderful compliment because I always felt a kinship to the Jewish People.”

Some time afterward, Sarah set up her profile on a dating website. She used very specific search criteria to be matched, including the word “Christian,” but no good matches came up. One day, gripped by a strong feeling, she deleted the word “Christian” and replaced it with “Jewish.” The very first profile that came up, along with 100% matching criteria, was of a Russian Jew named Vladislav.

Vladislav was doing his second year of medical residency in Olympia, Washington. Both Sarah and Vlad were 29 years old. As soon as they met in person, they felt an immediate affinity.

Vlad’s parents, although nonobservant, were adamant that he should marry only a Jew. Early on in their dating, the subject of her not being Jewish came up. Vlad would call Sarah his “Yenta.” She would reply, “Well, I don’t think that’s the case.”

He would answer with conviction, “I really feel like you are Jewish.”

Although trained as a scientist, Vlad would insist, "I don't think so. I really do feel that you are Jewish."

A few years later, Sarah became involved again in researching her family tree. She had her father’s side in perfect detail, but her matrilineal line was still a mystery. “I was frustrated,” she recalls, “that there was nothing on my matrilineal line back in Europe.”

Sarah decided to do a DNA test on her matrilineal line. The results that came back shocked her. Her DNA put her in a cohort of almost 100 people, all of them Jews, and most of them Sephardic Jews. (Sephardic Jews are descended from Jews who chose to leave Spain in 1492 rather than convert to Christianity.)

Sarah phoned the DNA company and asked them if there was a mistake. They explained to her their strict testing protocols and their high rate of accuracy. There was no mistake, they assured her.

When Sarah informed her mother of what she had discovered, Janet responded, “Are you sure?” Sarah repeated the DNA company’s assurances. Her mother was silent for a few moments, and then said simply, “It makes sense.” Janet admitted that she had always wondered if their roots were Jewish.

The DNA results spurred Sarah to do a genealogical search of her matrilineal line. She discovered, through Ellis Island records, that her great-great grandmother, who had emigrated from Europe and had refused to divulge her maiden name, was named “Sophie Schaub.”

Sarah then researched the name “Schaub” on a Jewish genealogy database, and found “Schaub” on a registry of Jews in Spain in the late 1400s. From two directions, DNA testing and genealogy, the trail led back to the same place: the Jews of Spain.

“We come from a long line of rabbis who would rather die by the sword than convert.”

According to Jewish law, DNA testing does not determine one’s Jewishness. While Sarah’s status as a Jew has yet to be determined by rabbinical authorities, she believes she has discovered an “unbroken matrilineal line” reaching from 15th century Spain to 20th century Montana. Sarah, her husband, and two sons celebrate the Jewish holidays and are in the process of choosing a synagogue. Her journey continues.

She has made contact with many of the people who share her DNA profile. One such woman in France told her: “We come from a long line of rabbis who would rather die by the sword than convert.”

Is it possible that a spark of Jewish soul survived for five centuries, from the Spanish heroes who sacrificed everything rather than submit to the Church, through Sophie Schaub, who deliberately buried her Jewishness, yet whose daughter Anna, unaware of her heritage, on her deathbed proclaimed, “I will NEVER accept Jesus,” to a modern Midwesterner whose Jewish spark, flickering after generations of assimilation and intermarriage, still radiated a light that so many saw?

Our Miraculous Escape from the 2017 California Firestorm

Finding the Poem Within