The Day I Got Scammed 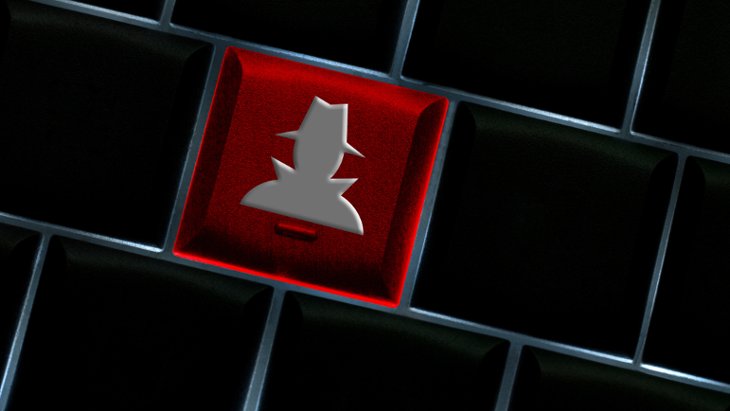 Yep, I fell for a tech support scam. And so could you.

A few weeks ago, I was the victim of one the most common scams going around these days: a fraudulent tech support call to help me with a problem I had reported to Hewlett-Packard about my printer. Thanks to the quick action of an employee from Western Union, the conman couldn’t put through his more than $2,000 charge on my credit card.

At first, I had no reason to be suspicious of the Indian man who called himself Alex. I knew that legitimate tech support people from Microsoft, HP and other big companies never alert customers to issues about their software or equipment by phone, but I had called HP to complain that my printer cartridges were drying up very fast, at far less than half the stated capacity. It had happened a few times, and 40 percent of customer reviews of the cartridge on Amazon reported the same deficiency.

All I wanted was a complimentary cartridge courtesy of HP. I called their customer service number, making sure I was really calling HP. Many fraudsters create internet ads with names of major companies in them, tricking people into calling fake “support” people who will bilk them after getting payment information. Make sure when you look for these numbers you can see from the website address that you are calling who you intend to call. But I could not get through to any human being, so I messaged them through their Facebook page, where I did leave my number. So naturally, I welcomed Alex’s call a few days later.

Something about his manner and method seemed unprofessional, but I thought he was just poorly trained.

I was not home when he called, and he asked when I’d be back at my computer. I gave him an estimated time, but he didn’t call till the next day, when I was out again. This time, he sounded a little testy that I was not at my desk. He asked, rather insistently, when I’d be back at work. I began to feel a little suspicious at this point. Something about his manner and method seemed unprofessional, but I thought he was just poorly trained. In retrospect, I wonder if my many years of working with Indian clients who were all applying to graduate schools and who were uniformly hardworking and earnest people, prejudiced me in Alex’s favor. I had only positive memories of people with that strong Indian accent.

Finally, Alex reached me at home. He said he would need access to my computer to help me with my problem. I told him there was nothing wrong with the computer, so why did he need access? He explained that the computer and the printer shared some software, and a problem in one could affect the other. Yes, it sounded a little fishy to me, but what do I know about these things?

I started feeling uneasy and I peppered him with questions: How do I know you’re really with HP? He patiently said he understood my concern, there were so many scammers out there! He gave me a long employee number that also had the letters HP in it. He could be making all this up, I thought as I wrote down the information. I asked to speak to a supervisor, and was immediately connected to “James,” who was far more polished than Alex, and assured me that all calls were being recorded for quality control. I asked why they had called from two different area codes, and James explained there were different lines used at the call center.

I began to run out of questions. Their answers were just plausible enough for me to continue to blunder forward into their conman quicksand. And besides, I reminded myself, if they weren’t from HP, how did they get my number and know I had a printer problem? So I gave Alex access to my computer – the keys to the kingdom, so to speak – which had a Word document titled PASSWORDS minimized at the bottom of the screen. As I lost control of my computer, I saw the document seem to get slurped up somewhere on the dark side.

My screen then went dark, which Alex said would happen, but my heart started to race.

My screen then went dark, which Alex said would happen, but my heart started to race. Other tech support people don’t make my screen go black when they help me remotely, I challenged him. “It’s just temporary while we are looking for the problem, perhaps a virus.” I wanted control of my computer back, feeling anxious, yet I was now at their mercy. I hoped that I was just being paranoid, and that Alex and James were legitimate.

I was on the line with Alex for ten minutes, then twenty. I became impatient and demanded he give me my screen back. He said I would get it back very soon, but he needed my credit card number, which would be charged five dollars to download the “fix.” Willing myself to believe I was not being conned, I read him out the sixteen digits, expiration date and security code.

At Alex’s request I gave him my husband’s number, because he said the company needed an alternate number for my account, and they’d need to ask him some questions. I texted my husband that someone from HP was about to call, it was okay to talk to them. So, within the next two minutes, they also had my husband’s social security number.

Not five minutes after giving Alex my card information, I got an email from Western Union, thanking me for setting up an account. Now my hands were shaky. They were conmen after all! Before I could think of anything to do, Western Union called me. I hung up on Alex and took the call.

“No!” I half-screamed and half-choked the word. “I’ve been scammed! I’m so stupid! What do I do?”

The Western Union representative was wonderful. “I thought it looked like a scam, and I’m declining the transaction,” he said as I madly texted my husband to cancel all the credit cards associated with that account. “Unplug your computer right now,” he said, as I reached down and yanked the plug.

While I was still on the phone with this kind man, Alex called again. I was enraged and ignored it. He called again. I asked the Western Union man to hold, took Alex’s call, and unleashed a volley of invective.

More millennials lose money from consumer frauds than do seniors.

I thought I was too savvy to fall for one of these scams. I was not. Of the dozens of various consumer and computer-oriented cons out there, in 2017 the Federal Trade Commission logged more than 150,000 reports of computer tech scams alone. Tens of millions of Americans are duped each year to the tune of billions of dollars by an ever-growing network of frauds. Surprisingly, a recent report by the Federal Trade Commission showed that more millennials lose money than do seniors from consumer frauds. There are identity thefts, lottery frauds, charity frauds, telemarketer schemes, insurance and investment frauds, fake shopping websites, make-money-fast scams, Facebook impersonation scams, phishing and scareware scams, and even the Nigerian Prince scam is still alive and well and playing innocents for suckers.

For the rest of the afternoon, I was busy changing passwords, setting up fraud alerts for my husband and me through the credit agencies, finding a place to take my computer and hoping it didn’t have malicious malware on it, and reporting the incident to HP, through their Facebook page. I also needed to report it to the FTC. I felt angry and violated. But I was not sure with whom I was angrier: Alex, or myself, for ignoring my intuition that something just wasn’t right about this whole situation. I should have “pulled the plug” earlier in the chain of events, but I had become too flustered to do so. And the question still remained: how did they get my number, and know I had a complaint about my printer? My only guess is that somehow, they infiltrated HP’s private messages on Facebook. That’s scary too.

I tried to keep perspective. In the grand scheme of things, this was minor, and it was up to me to decide how much of my peace of mind I would allow these criminals to take. (Admittedly, if they had succeeded in stealing our identity or making away with a large sum of money, peace of mind would have taken longer to recover.)

As much as I would love to know that Alex and thieves like him will be justly punished, I am content to know that ultimately that is God's department. The Jewish answer to those who perpetrate evil is to perpetrate the good.

For more information about current scams and how to protect yourself, see these websites: 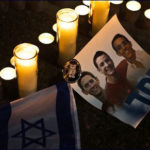 Were Our Prayers in Vain?5 min read 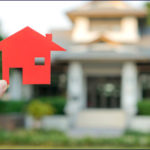 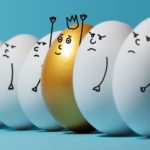 Jews, Don’t Be Afraid to Stand Up for Who You Are4 min read 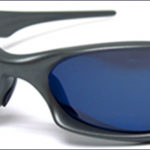 The Age of Innocence6 min read 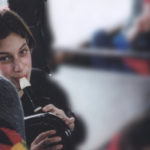