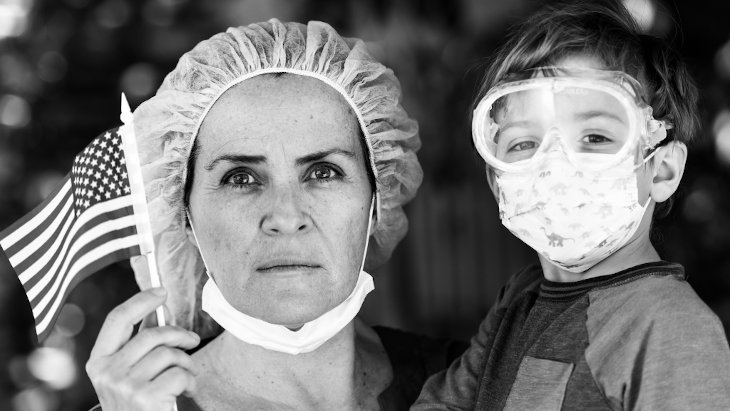 The Torah’s radical approach to emergency powers and the worth of every human being.

Emergency powers are once again at the center of social discussions. This time, the ongoing crisis is not terrorism but the fear and deadly disruption occasioned by a global disease outbreak, combined with mass social unrest and street violence occasioned by police brutality. Rights and liberties tend to come under strain at such times, putting at risk the very same ideals that a society’s governing powers – emergency or otherwise – are meant to defend.

The Torah is sensitive to this challenge and offers a unique and radical perspective on how to approach social emergencies while safeguarding our highest ideals. In fact, what the Torah teaches about the sacred worth of every single person transformed the world’s thinking about human dignity and the proper limits of power.

Perhaps the clearest statement is found in Maimonides’ Mishneh Torah, his comprehensive codification of Jewish law. The Beit Din HaGadol, the supreme council of the Torah’s ideal government, has the power during emergencies to make exceptional rulings that deviate from the procedures the Torah normally requires during ordinary times. After acknowledging this, Maimonides adds that there are several important qualifications and limits:

This extensive power is granted to the court not with the intention of disregarding the Law but in order to build a fence around it … But whatever measure it adopts is only a temporary one [hora’at sha’ah] and does not acquire the force of law, binding for all time to come.[1]

While the Beit Din, Jewish court, can temporarily suspend a law of the Torah in order to protect the Torah as a whole, Maimonides ultimately concludes this chapter of his code with the following remarkable, over-arching law:

All of these discretionary powers operate according to what the judge sees is appropriate for the case and that the hour requires it. But in all cases, all his deeds should be done for the sake of Heaven, and human dignity [kavod ha-briyot] must not be light in his eyes, for it [human dignity] suspends and supersedes prohibitory laws of rabbinic origin…his sole concern should be to enhance the honor of the Omnipresent alone, for everyone who dishonors the Torah is dishonored by humanity and everyone who honors the Torah is honored by humanity. To honor the Torah means to act according to its decrees and laws.[2]

In other words, in the Torah’s vision of government, human political decision-making – even legislative powers backed by Divine authorization – must be limited by a fundamental principle: respect for human dignity (kavod ha-briyot).[3]

Maimonides connects honoring the Torah and human dignity with honoring God. The root of this connection is recorded in the Mishnah (Pirkei Avot 4.1):

Ben Zoma said, ...Who is honored? The one who honors human beings, as it is said (1 Samuel 2.30): “For I honor those who honor Me, but those who spurn me shall be dishonored.”

The text that the Sage Ben Zoma brings as his proof does not seem to have anything to do with honoring people, for it speaks only of honoring God. His mishnah actually appears to be based on another mishnah (Pirkei Avot 3.14), in which Rabbi Akiva teaches:

Rabbi Akiva explains that God loves humanity, with all of us created b’tzelem Elokim (in the image of God).[4] Ben Zoma’s teaching now makes perfect sense: when we respect and honor another human being, we are acting from the recognition that the person before us has an essential dignity with a sacred source. Judaism’s concept of kavod ha-briyot (human dignity) is a natural extension of humanity being created b’tzelem Elokim.[5] When we recognize that the root of honor and respect is awe of Hashem, we can bring shalom, true cooperative, harmonious peace, to the world.[6]

“Centuries have passed. Judaism has, throughout unparalleled trials, preserved its passion for justice and its desire to contribute to the defense of the rights of men of all races and origins.”

The centrality of the sanctity of human dignity, and its role in limiting the unchecked power of the potentially totalitarian state, blossomed to global recognition after the Holocaust and the Second World War. Rene-Samuel Cassin, who won the 1968 Nobel Peace Prize for his work on global human rights, was the principal author of the Universal Declaration of Human Rights, which was adopted by the United Nations on December 10, 1948. In an essay he published decades later, in which he gave a “panoramic look at the history of Human Rights, of their eclipse and development since the Decalogue, which is the point of departure,” Cassin traced the spiritual and intellectual origins of the Universal Declaration of Human Rights back to the Torah. He wrote, “Centuries have passed. Judaism has, throughout unparalleled trials, preserved its passion for justice and its desire to contribute to the defense of the rights of men of all races and origins.” [7]

In the course of his history, Cassin observed:

“In the XVIIth century Declarations we find the influence of a long evolution in the course of which man has gradually affirmed his liberty, his responsibility, his legal autonomy in relation to the temporal powers conducting society. Those powers are not unlimited. The State, the pre-eminent form of social organization, cannot for instance control the consciences, the thoughts, the speech of its nationals. Nor can it arbitrarily dispose of their lives or their liberty. It is they, the human beings, who form the living reality, and they have the right to participate, directly or through their representatives, in governing their society and in levying their taxes.”[8]

He wrote that it is in the Jewish tradition that we find the ideas that became the core of modern philosophies of human dignity: human beings having sacred worth, each of us equal in that we all stand before God; a repugnance toward slavery; laws requiring liberation and ongoing freedom; and, at the origin of human consciousness, “when man... became aware of his innate dignity... the expression, ‘God created Man in His own Image.’” While the Torah often phrases laws as duties and obligations, Cassin footnoted, “Some Talmudic sages argue that the imposition of a duty grants a right.” He observed that the Universal Declaration of Human Rights was still incomplete, giving insufficient attention to the duties human beings owe to one another – the principle of human dignity’s clear corollary. [9]

Human dignity and the sacred reality of the person is not only a beautifully profound idea the Torah is teaching us; it is also practical Jewish law, and the foundation of free and limited government. The Torah’s constitutional tradition understands emergency powers as occasionally necessary to uphold a social order of justice, truth, and peaceful harmony. [10] But as Maimonides explained, the sanctity of human dignity puts a fundamental limit on government power, even in exceptional times of crisis and emergency. It is especially in such times of extreme exigency, when the tendency to rationalize, overreach, and trample on people’s rights threatens to take hold, that a constitutional requirement to respect human dignity as sacred is absolutely necessary.

Daniel Slate learned at the Machon Shlomo Torah Institute and Yeshivas Tehilas Shlomo, both in Jerusalem. He is currently a member of Kehillas Am Echad and a graduate student at Stanford University pursuing a JD/PhD joint degree, focusing on the historical influence and continuing relevance of the Torah's ideas on law and political philosophy.

Confessions of a Reject
Live Abortion Panel
Morality and Abortion: Three Views
There Are No Limits
Comments