The Billionaire who Won't Leave his Kids a Penny 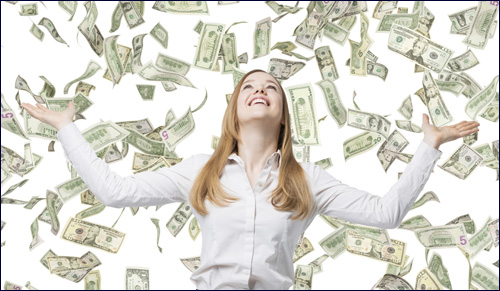 The connection between wealth and happiness isn't what you think.

“I don’t plan to leave any money to my children,” the Russian billionaire Mikhail Fridman recently announced. 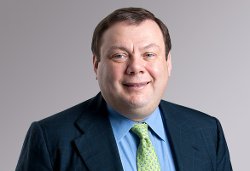 Mr. Fridman, a Jewish businessman who made his money in oil, banking and telecoms, isn’t exactly known for penny-pinching. A prolific philanthropist, he helped found the Russian Jewish Congress in 1996 and is a co-founder of the Genesis Prize, often called “Jewish Nobel Prize”.

But when it comes to his four children, aged between ten and 22, Mr. Fridman explained he feels inheriting his wealth would hamper them. Instead he plans on giving his fortune away to charity.

His unusual decision is backed up by research that shows how denying kids a guaranteed fortune might be the best way to ensure their happiness.

A major 2011 study of very wealthy people by Boston College found that “The respondents turn out to be a generally dissatisfied lot, whose money has contributed to deep anxieties involving love, work, and family." Once our basic needs for food and shelter are met, having additional wealth seems to make us more unhappy, rather than less.

This is also true for the rest of us less wealthy folks. Over the past 60 years, Americans in general have become much richer by many measures. In the 1950s, the average size of new homes was 950 square feet; today that size has swelled to 2,500. Americans now spend 71% of the nation’s $15 trillion economy on consumer goods. The average British woman today owns fully twice as many clothes as British women in the 1980s.

Yet surveys of happiness show that all this vast new wealth hasn’t made us any more content. In fact, happiness levels peaked in the United States in 1957. “We felt richer then than we do now,” psychologist Paul Wachtel notes in the 2014 book Affluenza, “even though in terms of gross national product we have more than twice as much as we did then.”

Too often, focusing on acquiring more stuff can distract us from what’s truly important in life.

A host of recent studies have shown that it's the toil of working towards goals that is associated with higher levels of satisfaction and life pleasure, not wealth. Grappling with difficult situations and overcoming challenges helps us to grow and that is more satisfying than anything money can buy. As Shakespeare observed, "Things won are done, joy's soul lies in the doing." They are echoing the wisdom of the sages who said, "According to the effort is the reward" (Ethics of the Fathers, 5:26).

When my father was still working, he advised business owners. I remember how impressed he was with many of his clients – their drive and energy and how they’d overcome obstacles to build a business. The second generation, he often noticed, was spared many of the hurdles and difficulties of their parents. But my father couldn’t help but feel that these children raised with great comfort and wealth were missing something.

I thought of my father's words years later when my own kids were small and we had a wonderful babysitter. She had a comfortable upbringing but there was one thing her parents would not buy her: a jacket from a popular designer. For months our babysitter worked hard to afford that coat and when she finally bought it, it was one of her most treasured possessions.

Feeling satisfaction that comes from challenging ourselves does not require a daunting goal. Researchers from Stanford University, the University of Houston and Harvard University have found that setting even modest concrete goals can make us happy in a way that being given lots of money never can.

In a series of experiments, people were asked to set specific goals for themselves. These were modest and easily achievable. In one experiment, participants were asked to "Do something to make someone else smile”. A day later they were then asked to rate their levels of happiness. Those who had set – and achieved – even modest concrete goals “created more personal happiness with their act" than others.

It's human nature to want to grow, to create, to leave our mark on the world. When Mikhail Fridman announced the establishment of the Genesis Prize, the "Jewish Nobel", he explained that "Far-reaching achievements in science, the arts, business, medicine, diplomacy and other fields of human endeavor have been realized thanks to the Jewish people's natural aspirations to improve the world and to its desire to pass its moral values on to coming generations. This tradition of the Jewish people must continue."

By denying his children his fortune, Mr. Fridman may be giving his kids the best gift of all: the means to become part of this timeless chain, creating and striving, to make the world a better place.

For France, This is War

The Pittsburgh Synagogue Massacre
The Promise Of The Land
Which Chat Are You On?: Parshas Behar/Lag Ba’Omer
Do You Like Slow-Cooked Food? Thank the Jews
Comments
MOST POPULAR IN Society
Our privacy policy