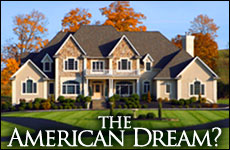 How to acquire true wealth.

The last several decades have witnessed an unprecedented increase in materialism. The sizes of today's houses are double what they were 50 years ago, with the average American spending somewhere between 30 and 70 percent more than he did 20 years ago. In 1968, more than three-quarters of American college students said "developing a meaningful philosophy of life" was "very important" to them, while only 43 percent said the same about "being financially well off." By 1996, those figures were reversed. Shopping has become a national pastime, with more and more people buying things because of the "therapeutic effect." In one poll, 93 percent of teenage girls rated store-hopping as their favorite activity, while fewer than 5 percent listed "helping others." The average American spends six hours a week shopping and only forty minutes playing with his or her children. In light of this frenzied situation, it is more important than ever that we learn what our Sages had to teach us about wealth and the accumulation of goods, so that we can integrate their teachings into our lives. In Ethics of the Fathers (4:1), Ben Zoma tells us, "Who is rich? The one who is happy with his lot." A careful analysis of each word reveals a depth of wisdom in a world obsessed with acquiring and spending.

Ben Zoma's statement teaches us that wealth is actually a character trait. Usually we measure wealth according to how much money and how many possessions a person has. But this kind of wealth is external – it exists outside of a person and can easily be lost. The wealth a person has due to his state of mind, however, is an integral part of his personality. It is an internal quality emanating from the core of his being, causing him to rejoice in whatever he possesses. It is this trait, and not a quantification of the material, that deems a person wealthy.

There is, however, a basic difficulty with developing this character trait, which is that people have an inherent urge to expand and feel larger than they are at present. The Sages recognized this urge, stating that one who has one hundred desires two hundred. People naturally want to own more, to grow beyond their current limitations and increase their holdings in this world. This being the case, Ben Zoma's advice, to be happy with one's lot, seems to contradict human nature. It may sound like a lofty ideal, but since it goes against our grain, it doesn't seem possible to attain.

Had Ben Zoma said to make do with one's lot (mistapek b'chelko), then his instruction would be going against a basic human urge. People have a drive to expand, and Ben Zoma would be suppressing that drive, telling them to deny their desires and not want more. But Ben Zoma does not say to make do with what one has – he says to be happy with what one has (samei'ach b'chelko). He wants us to actively enjoy what we own and take pleasure in our possessions.

Happiness causes one to be expansive. The joy in a person's heart makes him want to increase his circle of influence, reaching out to more people. When a person is happy, he feels like jumping up in the air. The very act of smiling causes one's mouth to stretch, taking up more room on his face.

Instead of expanding outwardly, he wants us to expand inwardly by taking the time to appreciate what we have.

Ben Zoma is not stunting our desire to expand. He is telling us to channel it so that it will increase the good feelings we have about our belongings. Instead of expanding outwardly, he wants us to expand inwardly by taking the time to appreciate what we have. Try contemplating your possessions. Think of their form, their design, their beauty. Fill your heart with the joy and the benefit they provide you – their usefulness, their efficiency, their convenience. Don't think about how to increase them or obtain more of them. Just take pleasure in owning them, delighting in your good fortune. This is what Ben Zoma instructed: to be samei'ach b'chelko.

Being Happy With What You Have

With worldly possessions there will always be newer, fancier models, improved versions of what you already have. But Ben Zoma chose his words carefully, telling us to be happy with our chelek. A chelek means a part or a portion of something. However much you have, it will always only be a chelek – a portion – and there will always be more to buy out there.

Try telling a collector of vintage cars who has had a particular car for years and takes great pride in it that there are faster cars available. He will laugh at you: "What do I want a new car for? I like this one." He cherishes his car and would not swap it for anything. Similarly, when you take pleasure in what you have, you don't care about what else is available. You are happy with yours.

The item may be small but - with happiness' power to inflate - it becomes large. Consider someone with a huge house and acres of land all around. If he is not happy with his lot, the mansion will feel small. Ask him to host a guest for the night and he will excuse himself, saying he has no space. "That room is for the computer; that one is for the gym. The basement is for my wine collection. There's simply not enough space!" On the other hand, consider a man who has a tiny apartment, but whose heart is bursting with happiness. "Room? Of course, there's room. We'll just move the couch into the kitchen and put the table in the corner and there'll be enough room on the living room floor to host a whole family!"

Yes, we have a need to expand and take up more room, but there are two ways to channel that need. Most people satisfy it by trying to expand outwardly, owning more and more possessions. But the Sages teach us that we can also satisfy it by expanding inwardly, increasing the impression our possessions make on our being. The happier we become with them, the more room they will occupy in our hearts and the less urge we will feel to buy whatever else is available.

The other way of trying to achieve happiness, by increasing one's possessions, does not work. As the Sages explain, one will never be satisfied because the more one has, the more one wants. Before founding Silicon Graphics, Jim Clark, founder of several computer companies, said a fortune of $10 million would make him happy; before Netscape, $100 million; before Healtheon, $1 billion. Now he says, "Once I have more than Larry Ellison, I'll be satisfied." Ellison, founder of the software company Oracle, has $13 billion.

In his book, The High Price of Materialism, Tim Kasser, associate professor of psychology at Knox College, cites experiments done with lottery winners and others, which measure how one's well-being improves as a result of having his physical desires met. Psychologists found that beyond having enough money to meet basic needs for food, shelter, and the like, attaining wealth, possessions, and status does not yield long-term enhancement of a person's happiness and well-being. This led Kasser to conclude that "when people follow materialistic values and organize their lives around attaining wealth and possessions, they are essentially wasting their time as far as well-being is concerned."

If we want to be truly rich, we should follow the sage advice of Ben Zoma and learn to be happy with our lot. Beyond the basic necessities of life, the only acquisition we really "must have" is the acquisition of wisdom.

This article is an excerpt from Rabbi Roth's new book, Relevance: Pirkei Avos for the Twenty-First Century. Taking selections from Ethics of the Fathers, the book shows how the classic text of Pirkei Avos pertains to the modern world, and is as vibrant and contemporary as if it was written today.

Rabbi Dan Roth is the founder of Torah Live and author of “Relevance: Pirkei Avos for the Twenty First Century” . His ability to take Torah ideals and communicate them in today’s language – a thread that runs throughout his book - led him to establish a unique and innovative organization called,"Torah Live." Rabbi Roth studied in Mir (Yerushalayim) and received semicha from the Chief Rabbinate of Israel. He is now a popular rebbe in Ohr Samayach as well as a sought after lecturer in schools and communities throughout the world.

Three Lessons from Our African Safari

Do You Believe God Believes In You?
Can You Show Me This "God?"
How to Become Immortal
Judaism and Mental Health
Comments
MOST POPULAR IN Spirituality
Our privacy policy
Aish.com Is Looking for Great Writers