The Abbreviated Dictionary of “Nu” 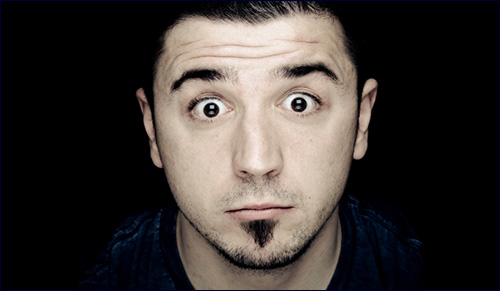 Exploring the many meanings of “Nu.”


In Yiddish, it comes in second only to “Oy.”

For the uninitiated, here’s the analysis.


Yiddish has always been one up on our digital world that’s determined to shorten all communication to no less than two letters and maybe a colon. While We Jews talk a lot, in matters of grave importance requiring mega emphasis, we’re so angry, curious or verklempt, less is definitely more.

According to our master word maven, Leo Rosten, “Nu” which rhymes with “coo” is an interjection, interrogation, and expletive. In Yiddish usage it comes in second to “oy” and is equivalent to a sneer, a grunt, a grin, a frown, and can express anything from doubt, pride, disapproval, distrust, and scorn. The difference is in how it’s delivered, and yes, facial expressions count.

Today, I give you, our dear readers, an abbreviated Dictionary of that mysterious, ubiquitous, always handy marvel of a word: “NU” to expand your ability to express ... the inexpressible.

THE ABBREVIATED DICTIONARY OF "NU!”

Acceptance: “OK, she’s not marrying a professional man. When we met you made zippers, nu?”

Aggravation: “Enough with the bfs, blinking, and twittzing! Get serious already, nu?!”

Boredom: “This speech she’s making about her trip to Israel? Nu, I could’ve walked their already!”

Cautious: “Nu, leave it to you to want to honeymoon near killer bugs? Nu, Niagara Falls isn’t good enough for you like normal people?”

Contentment: “Ai Ai Ai, Sarah darling, nu, this foot bath is such a mechaya. Maybe I’ll buy you one for Hanukkah.”

Defeat: “OK, she wants to join the circus. Irving, we did the best we could with her, nu?

Depressed: “Nu, I’ll just lie here in bed … until she leaves the circus and goes back to N.Y.U.”

Disapproval: “Crumbs under the couch and nu, you call this cleaning?”

Distress: “I must be allergic! NU, take me to Mt. Sinai already before I swell like a watermelon!”

Disturbed: “I need to hear your tsouris?! Nu, darling I’ve got my own. My daughter’s in a circus!”

Embarrassment: “Oy nu? Was that noise from me?”

Envious: “Nu, OK, it’s a nice sofa, Sylvia … if you like sitting on big cloth daisies.”

Fondness: “OK, so I said I wasn’t crazy about your sofa, but nu darling, I say it with love.”

Frustration: “Nu, wait! Because I pressed F17 something, held the Alternative Key, and banged the big black box a little, the whole computer blew up?” ”

Furious: “You GOT my daughter the circus job?! NU! You and I are finished!!”

Generous: “Mamala, you like the Hybrid daddy and I got you for graduation? We’re so happy even if, nu, we’ll retire with a little less.”

Glad: “An elephant spit on you? So nu, you finally realized dad and I were right about the circus career!”

Guilt: “OK, so I took the last latke, nu, forgive me, but I wrongly assumed you made enough.”

Homesick: “Sure we love Long Island, but to be honest, nu, don’t you also miss the apartment in the back of the store in Brooklyn?”

Inconsiderate: “Pssst. You brought along your cousins for dinner without saying? Nu?”

Insulted: “NU, so you, my very own sister, think my furniture looks like IKEA?!”

Interested: “Nu, are you sure grasshoppers are Kosher? Fascinating, but I’ll stick with the fruit.”

Irony: RING: “Is this the “Everything Bacon” hotline? Nu, darling, do you have the wrong number!”

Jealous: “So nu Herbie, I saw you walking with the widow Levy – so nu, you’re already looking for my replacement?!”

Joy: “Nu that was the very last chocolate bobka in Brooklyn?! I’m thrilled!”

Jubilation: “My fellow men’s club members … let’s all give Yitzak a standing Ovation! Nu I ask you, how often does a man volunteer his wife to cater our next fund-raiser??”

Kind: “Nu darling, take the leftovers, so I know my grandchildren will eat.”

Lazy: “Nu, Herbie, are you going let the flood in bathroom drown us, or lie there like a lox?”

Loathing: “Did you hear that yenta call me a yenta?? She’s dead to me. Nu, and that’s that!”

Longing: “Nu, what I wouldn’t give for a diet Cel-Ray with this corned beef right now.”

Meshugge: “Uncle Irv’s trying to get a patent for his batteries for matchbooks. Nu, I ask you, is this meshugge or what?”

Mortified: “When Myra addressed the 200 ladies at Sisterhood there was a hole in her pantyhose the size of an orange. Nu, when she finds out will she be embarrassed!”

Needy: “It’s only a week after Purim and my kids left for home. Nu, I ask you, is this a way to treat the person that gave you life?!”

Nervous: “Jump out of a WHAT? Nu, Marvin you’ll break your neck!”

Optimism: “Listen darling. Stop worrying. With your luck things can only get better, nu?”

Ornery: “Nu, Chaim! I told you to get the snack with the extra raisins and not this chazzerai with only two!”

Outrage: “Nu, Chaim! How dare you NOT get the snack with the extra raisins! You’ll go back to the store now if you know what’s good for you, NU?”

Panic: “Did you hear?? There was a hurricane in Russia! Your bubbe came from there! Listen, there are half a million Russian Jews right here in Brooklyn, so nu, you’ll take a sturdy umbrella?!”

Pity: “With that bulke (roll) hanging off his face, how will the poor boy get a bride, nu?”

Queasy: “Nu Ruthie, after your pot roast, you have maybe a little Pepto for dessert?”

Quirky: “NU? You never saw fruit on a hat before?! So, my daughter likes melon on her head. She’s … different. ”

Rejection: “Nu, Morty? Isn’t he the one who puts a dish towel on his head and argue with himself over Israel’s Middle East policy? This time, don’t bring your cousin Morty!”

Relief: “Thank God you’re home already. I almost called every hospital in the Bronx, not to mention the FBI. If you’re going to be 15 minutes late, CALL, NU?”

Remorse: “I need that back operation like a hole in the head! Nu? Watch me walk like a duck.”

Resentment: “You want I should buy stocks from you?? Nu, you have some chutzpah! Who sold me that swamp in Uruguay that was supposed to make a killing?!”

Scared: “It’s his first time driving alone and he should be home in exactly five minutes. Nu, Manny, do you think he’s lying on a road someplace screaming?”
Surprise: “Myron really DID sell his house for 1.5 million with the green carpeting and the leaky roof?! Nu, I’m plotzing!!”

Stingy: “Oy, OK, I’ll lend you the 5 dollars. So nu, darling brother-in-law when can I expect a return on my investment – at 30 percent?”

Tempted: “Nu, if I take another piece of babka, would I gain 10 pounds?”

Trust: “Nu, you expect me to trust you after you stole my chopped liver recipe?!”

Uncomfortable: “If I knew the food here would be so chaloshes, nu, I wouldn’t have worn this miserable girdle.”

Vigilance: “So sweetie, when you’re driving, nu, you’ll keep your eyes on the road and assume everyone wants to kill you?”

Wonder: “Wait! If you went bowling with your friends last night, how come a) you didn’t take your shoes; b) you forgot your ball; c) you got home at 3 when the alley closes at midnight? So nu, where WERE you?”

Zest: “OK everybody! Climb in the rented RV and we’re on our way to Tante Rivka’s 97th Birthday party! Shimon, darling, you’re 15 and you’ve never even met her! Nu, are we going to have a great time – 7 of us together for 900 miles or what?”