A Passover Dictionary: What Do All These Strange Hebrew Terms Mean? 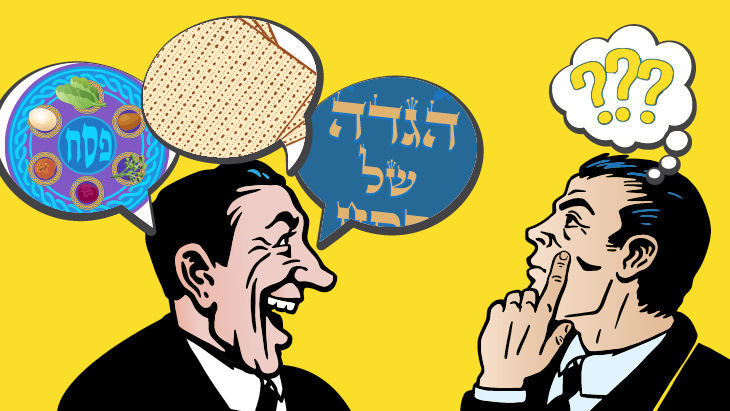 Don’t worry – we’ve got you covered.

During Passover we abstain entirely from eating chametz. Literally defined as "leaven," the term chametz refers to products containing fermented grains. Wheat, oats, rye, barley, and spelt which have had contact with water/moisture for longer than 18 minutes would be in the realm of chametz. The Torah tells us (Exodus 12:19-20) that chametz should not be found in your house or eaten during the course of the seven days of Passover.

The symbolism of refraining from chametz on Passover is rooted in the historical episode of the Exodus. When the Jewish people left Egypt, they left in a hurry without any time to allow their food provisions to bake fully into leavened bread. This didn’t dissuade the Jewish people from leaving. When we abstain from chametz, we are showing that despite the hustle and bustle of life, and despite the constant movement that the Jewish people experienced over the ages, it is our deep faith in God and God's deep love for us that has kept us strong throughout the millennia.

On the night before Passover (this year, it will be on Thursday night, April 14th), the Jewish people gather in their homes at sundown and begin searching for any remaining chametz. This stage of the Passover prep is known as bedikat chametz. Traditionally, we use a beeswax candle, a feather, a wooden spoon, and a paper bag for collecting any chametz found. On the next day, all found chametz gets burned before the fifth seasonal hour, and the "search and destroy" process officially comes to a close.

Homiletically, chametz represents our puffed-up ego that exists inside each one of us, and the bedikat chametz represents the checking, cleansing, and purifying of ourselves from those negative traits that veer us away from doing good. The holiday of Passover is referred to as "a time of our freedom." It’s a unique opportunity to tap into the spiritual forces of true freedom that are more accessible this time of the year as we experience our own exodus.

The Passover Haggadah is a unique guidebook that the Jewish people have been using for centuries to take us through the Passover Seder. The Haggadah gets its name from the commandment in the Torah (Exodus 13:8) which states, "Ve'higadita Le'vincha" – and you shall tell your children about the freedom that the Jewish people experienced when they left Egypt. The Haggadah includes a combination of ancient texts dating back to Biblical times as well as the Talmudic era.

Arguably the most popular Jewish book, the Haggadah is a user-friendly manual that is meant to walk us through the 15 steps of the Seder, enabling us to experience and feel as if we ourselves are leaving "Egypt" in our modern era. Packed with holy blessings, Biblical verses, Talmudic stories, mystical songs, intriguing questions, captivating answers, incredible inspiration and jaw-dropping drama, the Haggadah is a book that has the potential to keep us awake, both physically and spiritually. 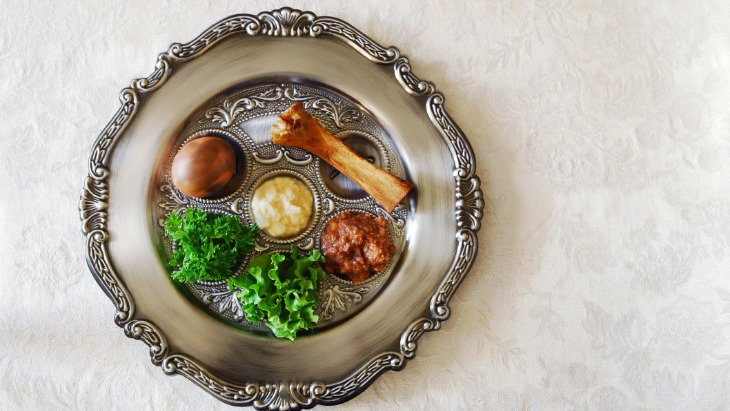 The centerpiece of the Seder table is the Ke'arah, the Seder plate. It is a beautiful plate used by the head of each household that contains various items that are either eaten or identified during the course of the meal. The primary components included are: 1) ze'roa – shank bone, 2) beitzah – egg, 3) marror – bitter herbs, 4) charoset – sweet paste, 5) mei melach – salt water, 6) karpas – vegetable, and 7) matzah – unleavened bread. There are different customs as to the exact layout of the various components, and each family should adhere to their custom.

The Seder plate is trying to convey to us the epic story of Passover. With simple, yet profound visuals in the form of different foods, each item represents a different element and aspect of the Jewish people's saga in Egypt. All of it, however, comes together on one single organized plate, representing the fact that God has His plans worked out in an organized way, and although from our perspective things might seem random, we know that He is operating the world with a true rhyme and reason, and ultimately, the Jewish people will prevail.

One of the most imperative aspects of the Passover Seder is the drinking of the four cups of wine (in Hebrew, "daled kosot"). We drink wine, in particular, since after all, we are celebrating our freedom, and wine is considered to be a drink of royalty. At the same time, while we are celebrating our freedom, it is important not to forget the hardships that befell the Jewish people. As such, it is preferable to drink specifically red wine to remind us of the Jewish bloodshed that took place in Egypt.

The four cups of wine, which are drunk at four crucial parts of the Seder, correspond to the four expressions of redemption that are used by the Torah (Exodus 6:6-7) in describing God’s promise to the Jewish people regarding the Exodus from Egypt. 1) Ve'hotzaiti – "I will take you out…", 2) Ve'hitzalti – "I will save you…", 3) Ve'goalti – "I will redeem you…", and 4) Ve'lokachti – "I will take you as a nation…".

Considered to be one of the most mysterious parts of the Passover night meal, the Cup of Elijah (in Hebrew, "kos shel eliyahu") is the fifth cup that is poured – but not drunken from – at the conclusion of the Grace After Meals. Upon pouring this cup, we step aside from the table for a moment and open the door of the home, and recite several verses, asking God to pour His wrath against the enemies of the Jewish people.

Elijah's Cup, which is the fifth cup, corresponds to the fifth expression of redemption that is used by the Torah (Exodus 6:8): Ve'heveti – "I will bring you to the Land…" In contrast to the other four expressions of redemption, this last one is an allusion to the ultimate Messianic redemption that will take place at the End of Days, and will be ushered by Elijah the Prophet. Although we celebrate our freedom on Passover, Elijah's Cup reminds us that we are not completely free yet, as we are still waiting for the final redemption, may it be soon.

The thin, crisp, cracker-type of unleavened bread that the Jewish people eat on Passover is called matzah. Matzah is the primary symbol of the Passover festival; in fact, the Torah (Exodus 23:15) refers to the holiday of Passover as the "Festival of Matzahs" (in Hebrew, "chag hamatzot"). On one hand, matzah is a symbol of redemption and freedom, as this was the food the Jewish people ate when leaving Egypt. On the other hand, matzah is called the "bread of affliction," or poor-man's bread, since it is a food eaten by slaves, thus symbolizing our servitude in Egypt.

These two ideas go hand in hand. Unlike fully baked bread which ferments and rises, thus giving off the impression that it is bigger than it really is, matzah is in the realm of simplicity. What you see is what you get. It is merely a combination of cold water, wheat, and some heat. True freedom is experienced when we live simply, with humility and recognition of a greater Being. The simple matzah serves as an icon of the Jewish people's faith and humility.

In order to be able to taste and experience the freedom from Egypt, it is important that we first taste and experience the hardships and bitterness of living in Egypt. Maror, one of the items on the Seder plate, is a bitter herb – generally, in the form of horseradish or Romaine lettuce – that we eat during the Passover night meal, which allows us to feel some of the pain that the Jewish people suffered in Egypt. The Torah (Exodus 1:14) tells us that the Egyptians embittered the lives (in Hebrew, "Va'yemararu et chayeihem") of the Jewish people with excruciating laborious activities. The consumption of maror is meant to remind us of the bitter subjugation that we experienced in Egypt.

The word charoset comes from the Hebrew word "cheres," which means clay. The thick, sweet, delicious relish – typically composed of grated apples, nuts, cinnamon and red wine – is used during the Passover night meal to sweeten the bitterness of the maror (hence, we dip the maror into the charoset). The thick texture and cloudy color of the charoset dip reminds us of the clay and mortar that the Jewish people used to make bricks in Egypt.

The sweet apples in the charoset remind us of the infamous apple trees in Egypt, where the Jewish women would heroically give birth underneath the trees so that the Egyptians would not discover if and when a Jewish boy was born. Ironically, although many Jewish children were horribly used as “bricks” by the Egyptians, the charoset reminds us to recall the great efforts and courage of the Jewish women to give birth beneath the apple trees. For the rest of history, this show of heroism would strengthen us as a people to never give up hope on a brighter future.

Although any vegetable can be used, the prevalent custom is to eat a small portion of a potato for the karpas stage of the Passover night meal. The letters of karpas in Hebrew, can be rearranged to spell: "samech perech", an allusion to the 60 myriad Jews – the 600,000 Jewish males over the age of 20 – who were enslaved with difficult work (in Hebrew, “perech”) in Egypt.

We make the blessing ("Borei Pri Ho'adama") on the karpas and dip the karpas into salt water – representing tears – and eat it. This reminds us of the intense work that the Jewish people experienced in Egypt.

During the Passover Seder, many Jewish (married) men have the custom of donning a white robe/tunic, called (in Yiddish) a kittel. The purity of the white colored robe conveys the message that we are indeed holy, pure, and free from our bondage in Egypt. At the same time, the kittel reminds us of the day of death, since it resembles burial shrouds. This thought humbles us so as to not allow the freedom of the night – along with all the fancy utensils and abundance of food – to make us feel haughty.

Rabbi Ori Strum is a passionate educator, a talented author, and the host of a popular weekly podcast called Torah Sparks. He received his Rabbinic ordination from the Dallas Area Torah Association (NCSY Semicha Program). Rabbi Strum is a Rebbe at a Jewish high-school and a Property Manager in Baltimore, MD. His favorite color is metallic blue. 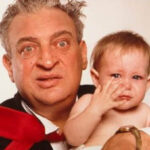 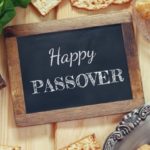 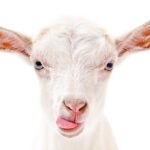 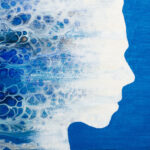 Do You Have the Necessary Grit to Cross Your Red Sea?4 min read