Thank God for the Unanswered Prayers 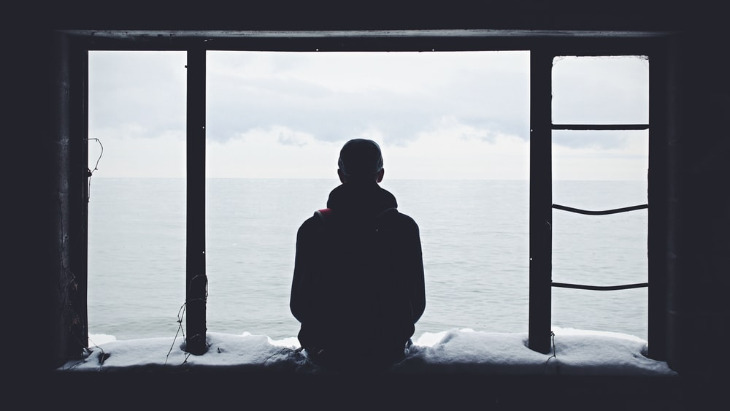 Sometimes it’s the events that seem so wrong that end up saving us.

“Thank God for the prayers that were not answered.” This comment, which took me aback when I first heard it, triggered this connection:

A teenager from Frankfurt, Germany was lucky enough to get out of Europe just before the Holocaust on the Kindertransport. He was unlucky enough to stem from Germany. When he arrived in England, he was placed with one of the families who kindly volunteered to take in one of these endangered European Jewish children. However, after Dunkirk in 1940, when the British and French suffered a severe loss at the hands of the Nazis, anti-German sentiment in England, already high, skyrocketed.

All German nationals, including teenagers, were rounded up and put in one of two detention camps. The conditions were terrible. Abusive acts by the wardens – such as demanding the belongings of the inmates – was widespread. The rationale behind the British behavior was that German spies infiltrated the refugees who made it to England. Even the Jewish teenagers were suspected.

The incarcerated German nationals objected bitterly to their treatment. Whereupon the English offered an option: to emigrate to Canada.

Our teenager from Frankfurt, Moshe Rabi by name, opted to emigrate. On the open seas something seemed wrong. The ship seemed to be sailing in the wrong direction. In response to repeated questions, the captain finally disclosed that they were heading for Australia!

Shortly before reaching their destination, a great swell kept the ship from suffering a direct hit from a German submarine. The British crew was so enraged that they took it out on the Germans aboard, who were already confined to steerage by barbed wire so they could never come to the deck for a breath of fresh air. Now, the crew confiscated all of the belongings of the German Jewish passengers – suitcases, family photos, books, heirlooms, etc. – and threw them overboard.

One can only imagine how terrible the passengers regarded this development. It was surely not what they prayed for.

The ship docked safely. A couple of days after it turned around to return to England, the German submarine sunk it. The entire crew was killed.

Decades later someone decided to make a movie about the ship. The revelations about how the passengers were treated rankled the British Navy, which demanded an investigation. In the course of that investigation, which did not reflect well on the British Navy, the diary of the captain of the German submarine was found.

It revealed: After its first torpedo missed the ship, the plan was to torpedo it again and sink it. However, the ocean (via periscope) showed debris tossed from the British ship. Perhaps it contained valuable intelligence information, so the captain decided to examine it first before firing again on the British ship.

The German Jews prayed to arrive safely, with their meager belongings intact. Their prayers were not answered and their lives were saved.

Lo and behold – the letters and books were in German. Clearly, the British ship was transporting German nationals. The captain did not wish to sink his fellow Germans. So he let the ship proceed to Australia, and figured (correctly) that the German nationals disembarked there, whereupon he proceeded to torpedo and sink the ship a couple of days later.

I read this story, poignantly recounted in greater detail by Rabbi Paysach Krohn, against the background of a stunning comment I heard from Rabbi Joseph B. Soloveitchik. He said, “Thank God for the prayers that were not answered.”

The German Jews on the ship prayed to arrive safely, with their meager belongings intact. Their prayers were not answered.

Because they weren’t, their lives were saved. Only because the German submarine captain spotted their belongings bobbing in the ocean did he hold his fire. He wanted to examine those items.

Thank God for the prayers that were not answered.

This was the gist of a short talk I gave last Shabbos. It touched a deep cord and I was blown away by the response.

At the kiddush, Debbie Kastzl hastened to relate to me the mental journey of her late father-in-law, Irwin Kastzl.

In Vienna, after the Anschluss, Kastzl’s parents and other relatives had been summarily taken by the Nazis. Their wives somehow cajoled the Germans into releasing them, but they would have to leave the country within 48 hours.

They somehow secured visas to Shanghai and indeed left Austria within 48 hours. Irwin Kastzl vividly recalled his feelings upon stepping out of his home for the last time, leaving everything behind: “This is the worst day of my life.”

He felt this way throughout his stay in Shanghai, where poverty stalked the streets and conditions were extremely difficult. It took him six years, he later told and retold his family, to realize, “That was the best day of my life.”

His unanswered prayer for security and stability in Vienna saved him from the Nazis.

His unanswered prayer for security and stability in Vienna saved him from the Nazis.

Carl Tessler then came over to me at the kiddush and said he knows at least one of the unanswered prayers of Rabbi Soloveitchik. Tessler opened to page 137 of the Koren prayer book with the rabbi’s commentary and showed me this:

Often a person prays for something that is not ultimately in his best interest. We therefore ask that He accept only those requests that are for our ultimate good (that is, to accept only those prayers that are consistent with God’s “compassion and favor”) and reject those that are not. In 1932, I fervently prayed for circumstances that would have allowed me to stay in Europe rather than immigrate to America. God in His compassion did not accept my prayer.

Dr. Philip Mehler approached me and referred me a line from Garth Brooks, which Dr. Mehler sang for me, on the spot. The next day Dr. Mehler handed me a CD of Brooks, song #7 of which is titled, “Unanswered Prayers,” and I listened to the singer’s beautiful song, ending in the line he had admiringly sung the day before:

“Some of God’s greatest gifts are unanswered prayers.”

Copyright © 2021 by the Intermountain Jewish News

The Blessings of Unanswered Prayers

The FedEx Guide to Self-Forgiveness

Pray for Israel
Faith: the Axis Upon Which the Wheel of Science Turns
Love - Not Just About Chemicals Anymore!
Is There a Moral Code in a Virtual World?
Comments
MOST POPULAR IN Spirituality
Our privacy policy