Staying Young: The Story of a Life 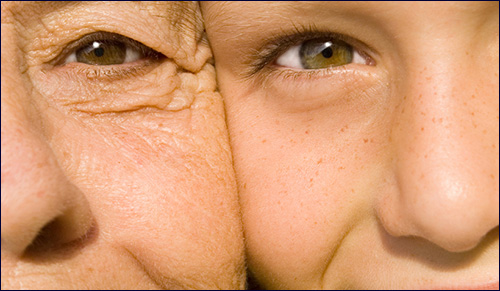 My Bubbie was 100 years old when she died. She refused to age.

Last Friday, I lost my beloved Bubbie, Celia Raicher. Mind you, no one really knew her name. She was just everybody’s Bubbie, a woman from another era, a quintessential Jewish grandmother who plied you with food, sweaters and stories. Bubbie was 100 years old when she died, and when you have someone in your life for so long, you think she will live forever.

She celebrated her 100th birthday with friends and family and made a speech about how blessed she was. She got her congratulatory letter from the White House, and lived independently and with vitality until the very last weeks of her life. At 99, I took my grandmother to Israel because she wanted to dance at the first wedding of her great-grandson, one of her 18 great-grandchildren. 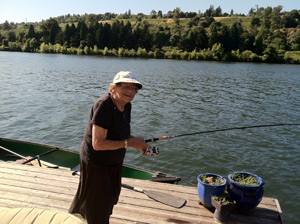 When I flew to Florida to say goodbye to her last week, as she came in and out of lucidity, she kept saying “I love you.” Her last days brimmed with that love. Bubbie was absolutely infatuated with her grandchildren and great grandchildren. When her doctor heard that she died, he cried.

Hers was a redeemed life. Born in the south of Poland in 1913, she lost both her parents as a young woman and not long after suffered the ravages of life in concentration camps. Within a year after liberation she was reunited with her husband and my mother, and together they rebuilt their lives. When my grandfather died several years ago, they had been married for 72 years. A special Torah was commissioned by my mother to mark their 70th anniversary. Zeide couldn’t have been happier.

I’ve spent the past many months and especially these last days, during her shiva, thinking about aging and the many life lessons she imparted to me. Chief among these is one: don’t grow old. She refused to age. It’s true, she got shorter. She had arthritis. She went in and out of the hospital for various procedures and operations. She became increasingly unfiltered and spoke her mind regularly. Her driver’s license was revoked (this was a blessing for everyone), but outside of these more obvious signs, her mental state was one of a young person.

Abraham set out for Canaan at the age of 75. When Abraham died at 175, Genesis records that he left this world at “a good, ripe age, old and contented” (25:8) When Moses died at 120, we learn that “his eyes were undimmed and his strength was unabated” (34:7-8). There is this underlying sense that old age in the Hebrew Bible was not a time of arm-chair wisdom but a time for unexpected change and opportunity, a seizing of life with ferocity.

Rabbi Nahman of Breslov wrote: “One must never grow old, neither as an old saint nor as an old follower. Being elderly is a vice; a person must always renew, begin and go back and begin anew.” At first blush, the quote seems offensive. To state that one must never grow is an affront to the reality of aging. But Rabbi Nahman is not talking about the body but about the emotional landscape of someone who is rigid and unchanging, afraid of personal renewal, resigned to increasing narrowness. His recommendation: use the years to grow and re-grow, shed old lives and adopt new ones.

Rabbi Reuven Bulka compared old age to a Talmudic understanding of what happened to the first set of tablets that Moses smashed in the wilderness in relating to the Jewish attitude to aging: “The shattered tablets containing the Ten Commandments were placed in the ark together with the intact second set, as if to accentuate that one whose reality is shattered remains holy.” The fact that an object has no current utility does not make it less holy when it was created for a sacred purpose. A person’s body may fail, but he or she is still a sacred vessel in need of reinvention through renewal while anchoring oneself to the principles that constitute the core self.

Thank you, Bubbie, and go in peace. I appreciate all you gave to me and to so many others. But mostly, I thank you for teaching me through the story of your momentous life not how to grow old but how to stay young.

Dr. Erica Brown is the scholar-in-residence for The Jewish Federation of Greater Washington. Her latest book is Happier Endings (Simon and Schuster). This essay is an excerpt of her weekly column, “Weekly Jewish Wisdom.” Subscribe at ericabrown.com.

Dr. Erica Brown is the director of the Mayberg Center for Jewish Education and Leadership at The George Washington University and the author of eleven books.

A Time to Sew, a Time to Rend

Podcast: Parents and Prayer: Will This Actually Help My Family?

Being Jewish on Christmas

A Face in the Window