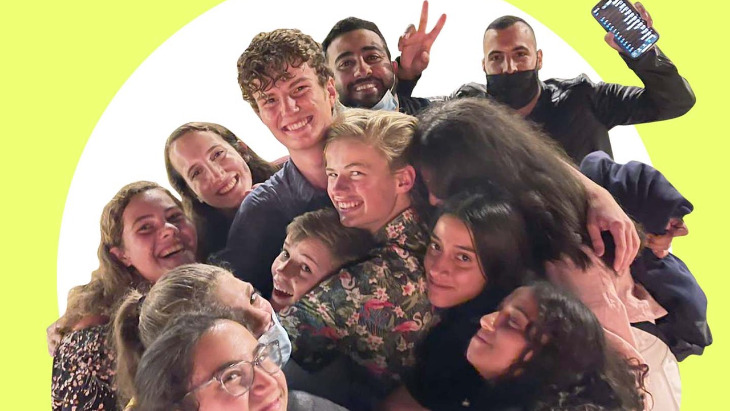 Want to save the world? Start a choir. That’s what Micah Hendler did. In 2012, he founded the Jerusalem Youth Chorus, which brings together Israeli and Palestinian high school students.

“Music is more permeable than spoken language in terms of being accessible across boundaries,” Hendler says. “I wouldn’t go so far as to say that music is a universal language. I think that’s an oversimplification, but that being said, it is much easier to bridge even between drastically different musical styles than it is between, say, Cantonese and Wolof (the language spoken in parts of Senegal, Gambia, and Mauritania). There’s not very much you can do if you don’t understand a spoken language.”

Music transcends those limitations. You can communicate, on a deep level – even with people you don’t understand – because music is a shared, wordless, emotional language. You’ve probably had experiences like that at concerts or other large gatherings, singing along with 50,000 of your closest friends. It’s fleeting, but for that moment, you’re one with everyone else. 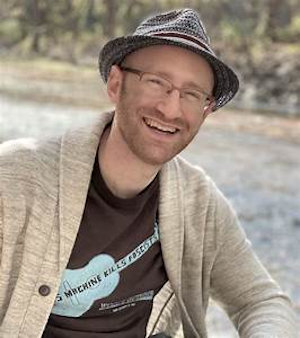 “Even if you’ve never heard a musical language before,” Hendler continues, “there are ways that you can latch onto different things, or appreciate, or get at the emotion behind it even if you don’t know the words. It’s a different way of communicating that can both transcend and undercut ways of communication that may otherwise be blocked. It’s a way of getting around boundaries that are linguistic, cultural, political, and otherwise group identity-based that are often constructed to make it impossible for people to meet on a human level. Music helps us get down to the fundamental human emotional level of things.”

Getting down to those fundamental human emotional levels are the ethos that inform Hendler’s Jerusalem Youth Chorus. The choristers come from diverse backgrounds – from Jewish, Christian, and Muslim homes, with disparate political views – from all over greater Jerusalem. They meet once a week for rehearsals that include singing, as well as guided discussions, or dialogues. Singing opens the door, and dialoguing exposes them to different perspectives. Using both as a way to bring people together is an idea Hendler has been toying with since high school. 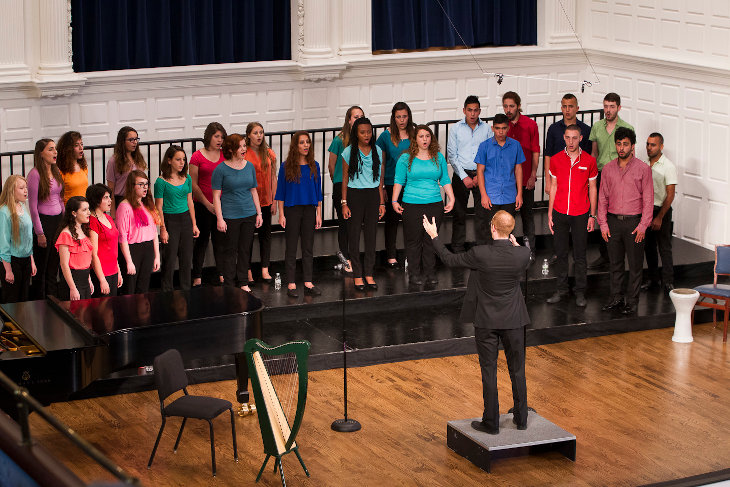 “When I was in high school, I attended Seeds of Peace, which is a summer camp and dialogue project for teens from regions of conflict,” he says. “That dialogue process was transformational for me. It opened up a lot of perspectives, and it showed me that the world was a lot bigger than I had been taught. The more time I spent involved in that kind of work, the more I saw that music actually played that same kind of community building role. Even in that context, where people are supposed to have nothing in common – and are supposed to hate and fear and mistrust each other – music can actually create this sense of shared identity.”

After high school, it was obvious that Hendler was destined for this type of music-centric community building work. He had studied Hebrew and Arabic, and then, while at Yale, music and international studies. His senior thesis was about the convergence of music and dialogue, but to the extent that it was possible not just at a summer camp for teens, but in the real world, and on the ground in Jerusalem. “At a summer camp, you control all the variables and no one can leave,” he says. “But on the ground in Jerusalem you control no variables and everyone can leave. I decided to move to Jerusalem to see if I could actually do it, and that was the beginning of the chorus.” 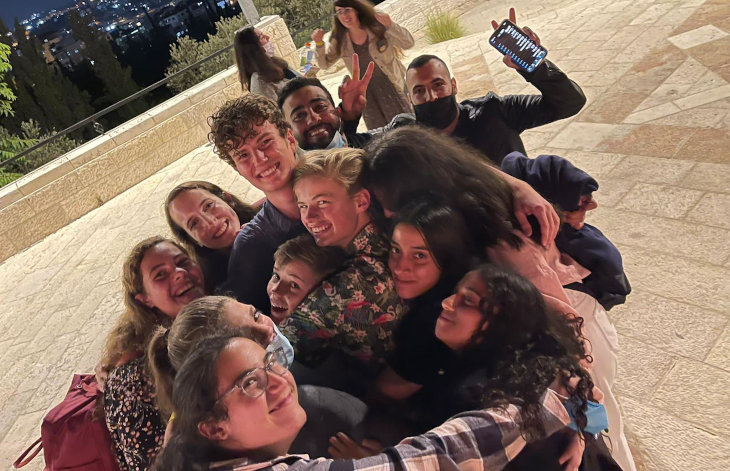 The Jerusalem Youth Chorus was started in conjunction with the Jerusalem YMCA, which was its home base and meeting space for a number of years, although it’s now independent. They meet once a week, which limits membership to Jerusalem-area students, and students need to fulfill a number of other requirements as well.

“The high school program is really our core, and we have singers aged 13 to 18 from both East and West Jerusalem,” Hendler says. “They have to do an audition, a personal interview, and also a group interview in order to be in the program, because the chorus is both a music program and a dialogue program. We want to make sure that whoever is going to be in the group is not just musically equipped to hang, but is also mature enough to be able to handle the kinds of difficult conversations that come up in dialogue.

“Those interviews are certainly not about vetting people’s political positions – that’s the opposite of what we want to do, if anything we want a vast diversity of political positions and backgrounds going into the group because that’s how you reflect the realities of Jerusalem – but at the same time, we want to make sure that the people who are coming are going to be able to engage productively. That means that they have enough self-awareness, and that they have enough cognitive flexibility that they can handle somebody telling them that everything they’ve been taught in school is a lie without punching that person [laughs].”

Creating situations where people from different, and sometimes antagonistic, communities are forced to work together isn’t a new idea. Israeli icon and activist, David Broza, who’s on the choir’s advisory board, has been doing that for decades. He took the chorus under his wing early on, and within three months of its founding, brought them into an East Jerusalem recording studio to sing on his album, East Jerusalem West Jerusalem. He also shares Hendler’s pragmatic approach to peace, which is forged through dialogue and real world interactions.

Wherever we go there will be people who like what we’re doing and people who are distrustful or oppositional.

“It is about living together, and working and sharing and it isn’t a game,” Broza told wordpress-735451-2736722.cloudwaysapps.com in an unpublished 2014 interview. “It is about give and take and ups and downs. It is about building trust and understanding and all that. We do business, work together, share music, and it comes. It isn’t just a jam session and boom everything is great. It is a real process with real people and learning to understand and work together.”

“Wherever we go there will be people who like what we’re doing and people who are distrustful or oppositional,” Hendler adds. “We generally don’t go into a neighborhood with banners and a big parade or are in your face about it. We’ve gone into schools in various neighborhoods in East and West Jerusalem and that’s generally how we find singers. Some school principles are supportive and some are not. We’re smart about it. In both West and East Jerusalem there is a lot of opposition on both sides to what we’re doing. But we find places to plant a foothold and start from there.”

Hendler is planting that foot in the international community as well, which includes collaborations with artists like Ziggy Marley, Andy Grammer, and the Israeli band, Hadag Nahash; performances at major policy conferences; and even an appearance on the Late Show with Stephen Colbert.

“Our first tour to the U.S. was in the summer of 2015,” Hendler says. “For that tour, we had hired a PR company. They blasted all kinds of news outlets and some of the folks who opened those press releases were the producers for the Late Show. They didn't do anything about it, but then several months later – this was right around the beginning of Stephen Colbert’s time hosting the show, it was at the time when his face was on every bus and every subway station in New York City – they gave us a call. The call was, ‘Can you be in New York in two weeks to be on the Late Show?’ I was like, ‘What??’ It was strange, but we scrambled, managed to raise the funds, and made it happen.”

But star power aside, the choir’s most important mission is its members. They come together to sing, but through music and dialogue, build something much stronger.

“One of the most powerful testaments to the work that we’re doing is the fact that our alumni often stay involved for many, many years,” Hendler says. “They grow up together and don’t want to leave. At this point, we have several alumni on our staff, which is amazing. It’s led to relationships between different parents and families, and younger siblings who join, and building a community around that.”

Building a lasting peace is a slow and arduous process, but that’s what the Jerusalem Youth Chorus is trying to do: one song, and one conversation at a time. 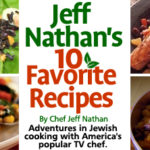 Entering the Palace of the King9 min read